The show must go on-2 suspects arrested in a filmy style. 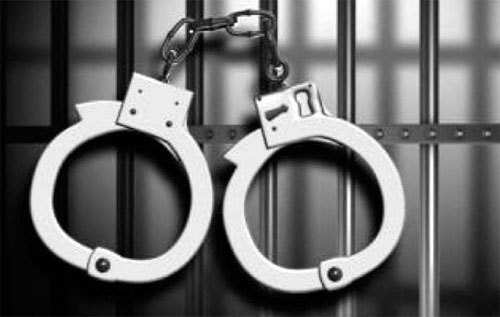 A police constable started following 2 suspects in Balicha area and finally arrested them in a very filmy style in Sarvritu Vilas. Rajendra Kumar, constable from Goverdhan Vilas police station, followed 2 youths on a bike from Balicha crossing. After reaching Sarvritu Vilas these 2 youths were about to escape after snatching gold chain from a woman. The constable hit their bike with his own bike and arrested them where he was assisted by 2 other constables from Surajpole police station. The youths Prakash and Deva were wanted in 5 cases of bike thefts and chain snatching.

As per reports, the suspects entered a lane in Sarvritu Vials and headed towards a lady who was standing near her two-wheeler. They went past the lady, and then turned back and the pillion rider got down from the bike. He snatched the gold chain from the lady’s neck. The lady tried to safe guard herself and shouted when she realised what they were upto. By this time when the youths tried to escape on their bike, the constable who was watching their activity came ahead and made them fall on the ground by hitting their bike. Both the youths tried to run but the other 2 constables Rakesh and Praveen prevented them from running and the 2 youths got arrested.

After a series of theft and snatching incidents in the city, SP and SHO had issued directives to arrest the culprits and even the suspects. The point of suspect regarding these 2 youths was the white coloured bike which they had stolen from somewhere. When the police constable got information about the youths on the stolen bike, he started following them in civil dress. Since he was not sure if they are the actual suspects, he maintained distance and kept a watch on their activity. The youths first tried to snatch a helmet from a person in Sarvritu Vilas which confirmed  the constable’s doubts. He informed the higher police authorities who sent 2 constables from Surajpole police station to assist him. The team then arrested the youths after they snatched the gold chain.

There are several cases of chain snatching and bike thefts against these 2 culprits and challans have been presented against them in the court. The constable Rajendra was given the task to nab these culprits based on the CCTV footages obtained from various areas.