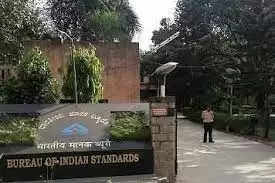 Three important Indian standards in the field of electronics have been released by the Bureau of Indian Standards (BIS). For digital television receivers with built-in satellite tuners, the initial standard is Indian Standard. By connecting a dish antenna with an LNB installed in a suitable location, such as on the roof or top side wall, TVs made in accordance with this Indian specification would allow the reception of free-to-air TV and radio channels.

This would make it easier to spread information on government initiatives, projects, Doordarshan's educational programming, and the repository of Indian cultural programs to a huge portion of the populace throughout the whole nation.

One should have inbuilt suitable satellite tuners in order to utilize free to air channels without using a set top box.

Currently, TV viewers in the nation must buy a set-top box in order to access a variety of commercial and free channels. Even for the reception of Doordarshan's unencrypted, free-to-air channels, the viewer must need a set-top box. The phase-out of analog transmission is now being done by Doordarshan.

second Indian Standard for USB Type C plugs, cables, and outlets. USB Type C plugs, cables, and receptacles have been made available by the Bureau of Indian Standards. This standard specifies the requirements for USB Type-C port plugs and cables used in a variety of electronic devices, including laptops, notebooks, mobile phones, and others. For the smartphones and other electronic gadgets available for purchase in the nation, this standard would offer universal charging methods.

Users would need fewer chargers overall since they wouldn't need to purchase a new charger each time they bought a new gadget. Through this, the government's objective of sustainable development and the reduction of e-waste would be met.

Given the rapidly advancing technology in the security sector and the wide variety of VSS choices available, it has become difficult for the average individual to pick. This set of standards would help clients, installers, and users identify their needs, decide what equipment is necessary for their intended usage, and give a way to evaluate the VSS's performance objectively.