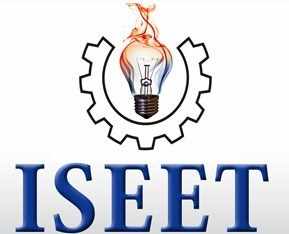 JEE and AIEEE were the gateway to enter the premier Engineering institutes of India including IITs and NITs. ISEET will now serve as that gateway exam, will be in effect from 2013-14 and is focused on reducing the stress levels of students.

ISEET Mains will be an objective type exam, and will test comprehension, critical thinking and logical reasoning. ISEET Advance will test problem-solving ability in basic science subjects. The two tests together will indicate a candidate’s scholastic level and aptitude for Science and Engineering. 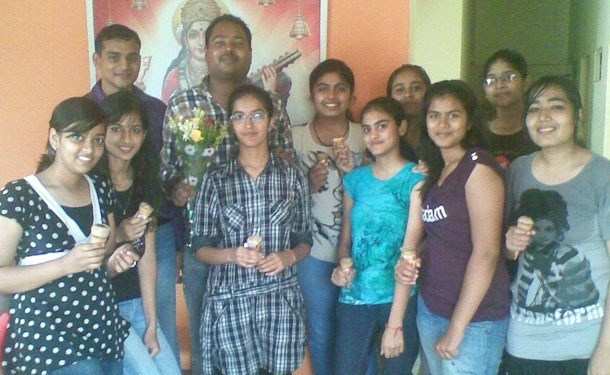 During an interaction with Vijay Mishra, HOD, Physics, SarvMangalam Coaching Institute, this is what he had to say, “Now instead of mugging up the very same pattern of questions, which used to constrain the growth of the students, the students now have to focus a lot on mental ability and reasoning growth.

HRD Ministry is proposing all these changes with an objective of reducing the burgeoning pressure of parents and society which in turn is forcing students to start preparing for these competitive exams from a very early age viz. while in class VIII.”

He added “This in turn doesn’t gives deserving candidate a chance but a student who has been preparing for these exams from a very early age possess a brighter probability “.

b. ISEET will be the common admission/entrance test for India’s most of the Engineering/Science Institutions /Colleges /Universities.

2. Why ISEET has been introduced?

b. It was very stressful for the students to appear in so many exams (on an average a student appear in 5-6 entrance exams}.

d. It used to create lot of financial burden for the parents since each examination involves expenses like Application Fee, commuting to appear for the entrance test in various cities/at various test centers.

3. Which are the entrance examinations; ISEET will be going to replace?

a. IIT-JEE for admissions into 15 IITs and IT-BHU, Varanasi & ISMU, Dhanbad (all through main merit list) & IIT-JEE extended merit list used by many institutes like 6 IISERs, Institutes of Maritime Studies, IISc, etc.)

b. AIEEE for admissions into 30 NITs, 5 IIITs & several Pvt. and deemed Universities.

4. When ISEET will be introduced?

5. How significant will be ISEET along with Board Exams in ‘New Admission Policy’ in country’s Engineering/Science Institutions?

a. The ’New Admission Policy’ for admission will have two main components:

b. A student’s performance in the Class 12 Board exam will be considered, with a weight not be less than 40 per cent of the total score.

c. The combined weightage for ISEET Main and Advance will not be more than 60 percent; however the weightage given to Board scores can go up to 100 per cent.

d. Each state government or institute will be able to decide the specific weight it gives to Board, Main and Advance exam scores.

6. How the 40% weightage of Class-XII Board Examination along with ISEET will be factored into the admission in Engineering/Science institutions?

a. A committee headed by Dr. T. Ramasami, Secretary in the Department of Science and Technology, has demonstrated with the help of the Indian Statistical Institute (ISI), Kolkata that Board scores across various Boards can be normalized through a statistical process & converted into a percentile.

b. This normalized percentile may be used to give 40% or above weightage in the admission process as per institute/state Govt. policy.

7. What is the structure/pattern of ISEET?

a. ISEET will have two parts.

b. The first part will be called ‘ISEET-main’.

c. The second part will be ‘ISEET -Advance’.

d. The ISEET-Main will have Aptitude Testing.

f. The ISEET—Main will have Aptitude testing questions based on comprehension, critical reading & reasoning.

g. The ISEET-Advance will have questions of science subjects like Physics, Chemistry & Maths .

h. The question papers will have objective pattern.

i. ISEET Main will be an objective type exam, and will test comprehension, critical thinking and logical reasoning.

k. The two tests together will indicate a candidate’s scholastic level and aptitude for science and engineering.

8. What will be the syllabus of ISEET?

a. No ‘specific’ syllabus has been declared so far.

b. The CBSE will announce the details in two-months’ time (by April end).

c. However the NCERT-based CBSE syllabus will be mostly followed.

9. How many times in a year ISEET will he conducted?

a. Initially, ISEET will be conducted twice in a year:

10. Will ISEET score applicable for admission in Private Engineering Colleges or private/deemed Universities?

a. The Pvt. Institutions may or may not use the ISEET Score.

11. When should a student start preparing for ISEET?

a. The preparation for any competitive examination follows the basic philosophy, “Early Start” .Ensure Success.

b. Hence, it is advisable to start the preparation in the beginning of Class-Xl and continue till Class-XII (for two years).

12. How should a student prepare for ISEET?

a. Since the admission criteria in good institutes will be based on two parameters (Board%-normalized & ISEET % Score); the students are advised to maintain an equilibrium in board studies as well as ISEET preparation.

b. A simultaneous preparation of SchooI /Board examinations and ISEET will yield better results.

According to Prateek Dak, SarvMangalam Coaching Institute thus aligning with the guidelines of ISEET, is going to focus individually on each and every student; on their weakness through regular tests and assessment and is committed for whole personality development of a student as a better citizen with new methodologies of teaching and thus reducing pressure.

“In these past 2 years SarvManagalam works on “20 Students per Batch” theme to mould the future of students in a better manner” says Prateek.

Disclaimer: There is no official/formal notification about ISEET by Govt./MHRD till date (as on 23.02.2012). The information about ISEET’ furnished here through FAQs is based on various press releases available on websites (Govt./Private) and print/electronic media reports which are available in the public domain (offline/online) and their analysis at our end along with our inputs/views. The FAQ,s are prepared & shared for students community in the larger public interest and should be used for reference only. There may be change/revision/improvement/addition/deletion in the information about ISEET by the Govt./MHRD; hence student/parents are advised to consider the ‘official’ information released by Govt./MHRD As the final information.