Performance by Jail University Band was the highlight at the World Music Festival at Udaipur this year. All members are serving sentence at the Udaipur Central Jail
By UdaipurTimes Team Mon, 10 Feb 2020 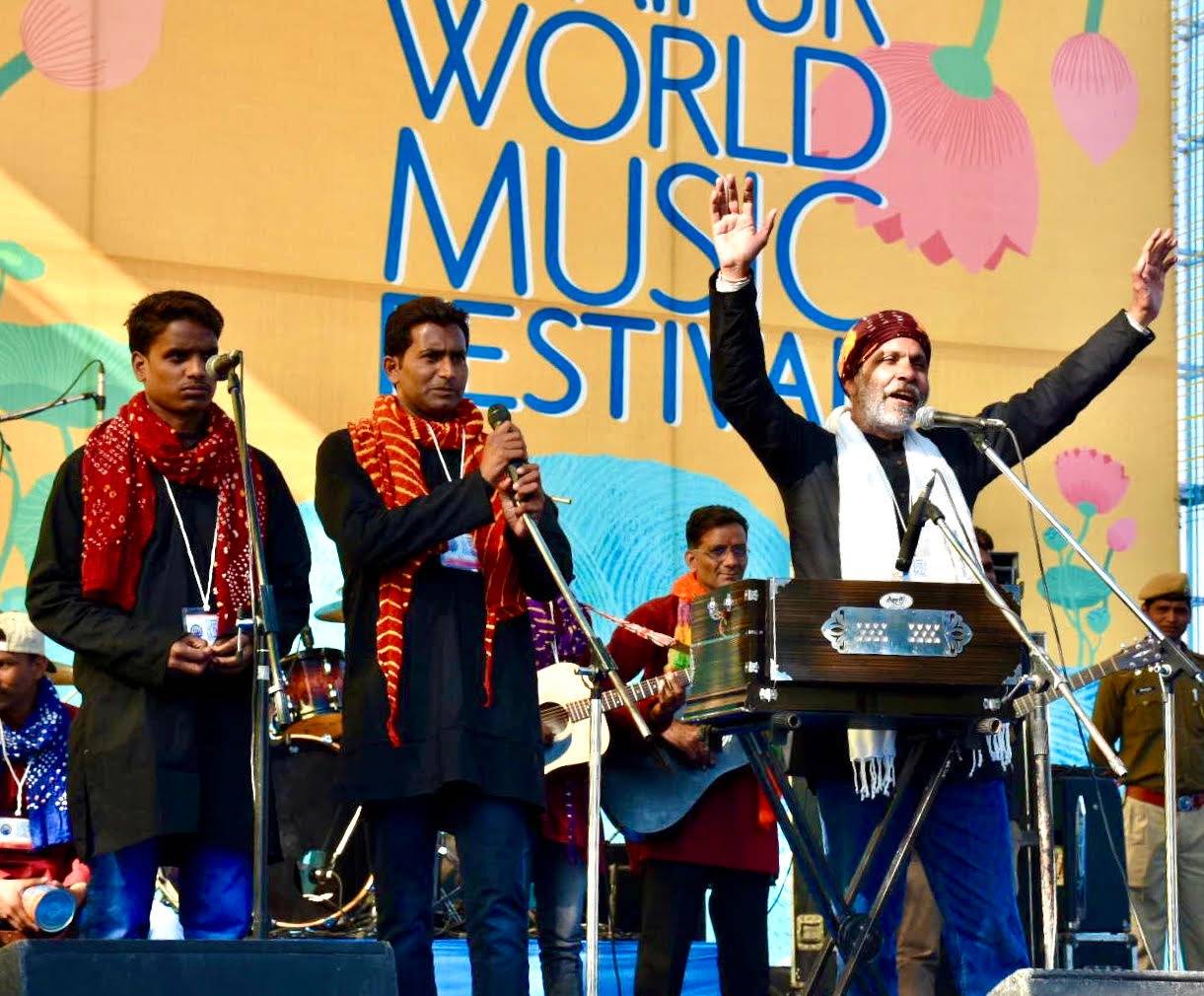 A unique enterprise by Shikshanter facilitated a unique performace at the Udaipur World Music Festival, at the penultimate day on Sunday, 9 February.

Jail University is a rehabilitation concept managed by Swaraj University and developed by Shikshanter, which is a unique education development platform in Udaipur and one of its kind in India.

Inmates of the Udaipur Central Jail are trained within the Jail permises.  They learn the minute intricacies of Music while serving their sentence in jail and their consolidated performance is showcased during public events.

This time it was the magnanimous stage of the Udaipur World Music Festival, where the inmates who formed the Jail University Band, performed to a live audience at Fatehsagar Paal - something that the audience was looking forward too.

And the wait was worth it as the audience were enthralled by the performance given by the members of the Jail University Band.

One of the performances of the Jail University Band included a song towards Oneness, the video of which is shared below...

Prior to their performance, special arrangements were made at the venue to ensure security and permission was taken from the administration and senior police officers to facilitate their performance and safe return to Jail.

Manish Jain from Shikshanter expressed his gratitude towards Udaipur Jail Superintendent SS Shekhawat and Indira Talreja from Art of Living for their unflinching support.