Candidates have deliberately neglected Crime Reduction in their agendas? 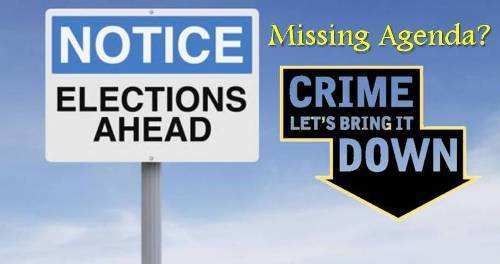 R Rochin Chandra is a criminologist and policy entrepreneur promoting evidence-based criminal justice policy in India. Director of the Center for Criminology & Public Policy, Rochin recently published an article on the role of research in formulating crime and justice policy in the International Journal of Criminal Justice Sciences.

Speaking with Udaipur Times, Rochin discussed absence of agenda for crime reduction in poll manifesto released by Congress and BJP in their run-up to Rajasthan assembly elections – how key leaders are diverting public attention from threatening violence and deteriorating law and order situation by using women security as a key poll issue, and why crime stats follows an overall downward trend under Vasundhara-led government.

Both Congress and BJP’s election manifesto dropped the agenda of addressing violent crimes in the state. Whats’ your take on it?

I am barely surprised that ‘addressing crime’ is not on the list of priorities for either party. That’s because they’ve clearly understood the socio-cultural and political mood of masses, how people show their abhorrence against violent crimes, and essentially what needs to be done in order to quell public anger during the state of crime and disorder. Also, they are very astute when it comes to understanding the impact of their positions on certain communities and interest groups, how their toughness (or leniency) on any crime issue might upset potential voters, what rhetoric will go well with certain populations, and how it will help them influence and win votes. So, it seems to be a very conscious decision to not include crime reduction in poll manifesto (even though one should understand that treating crime has never been a key agenda for any party until now).

People’s understanding of crime is strongly associated with notions of justice and injustice – and politics is no different, Rochin

But that doesn’t quite answer the question. We need to acknowledge that we live in a retributive society. Instead of addressing crime from its roots, we predominantly seek solution in punishing the offenders for their wrong doings. For us the only way to ‘right the wrong’ or to ‘do justice’ to crime victims is through subjecting the wrong doer to as much pain as was caused to victim. This indicates that people’s understanding of crime is strongly associated with notions of justice and injustice – not reducing crime. 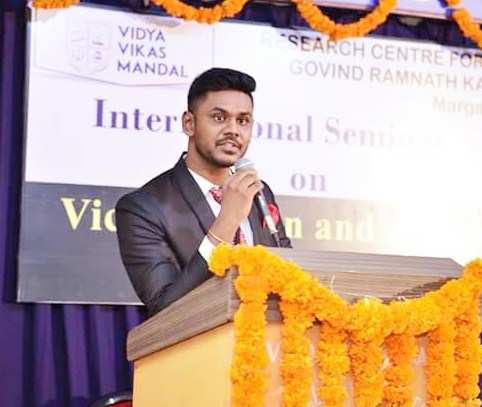 Ultimately what people want is symbolic solution; one that is visible and can be equally measured. When political parties promise that they will provide speedy justice and are going to be tough on crimes, then these promises carry quantitative indicators that allow the masses to assess government’s performance. For example, whether the process of justice was swift or not can be easily determined by the number of cases which are pending before the bench. This can be quantitatively measured. Similarly, whether justice was done to the victims or not can be learnt by the rate of conviction. But when you talk about addressing crime, the outcomes of crime reduction programs are not directly visible –because you are only reducing some percentage of crime from a larger crime situation, which will continue to provoke moral panic among people.

In essence, government is acting according to demands of the people. And in Rajasthan, neither citizens are asking for reduction of crime rates nor has the government recognized the need to address the root causes of crime. The fact that there is no reciprocity between government and research organizations of criminology pretty much explains why crime reduction does not figure in BJP’s poll manifesto.

But I was hoping that Congress will take up this issue to counter BJP’s punitive approach against crime. In fact, every second day their party leaders would accuse or target BJP government for encouraging violence. But their silence on rising crime, especially lynching in Alwar – ground zero for cow vigilantism – is in sharp contrast to the noise it makes on public security in its rallies, social media and posters. I guess they are either fearing Hindu backlash or polarization of election.

Download the UT App for regular updates from UdaipurTimes

Both Congress and BJP have claimed women security as one of their top priorities in poll manifesto. Are they seeing women community as a powerful vote bank?

As far as BJP is concerned, I don’t think they can play this card anymore. As leader of the opposition, women’ safety was a key poll issue for Vasundhara Raje in the last election. She used to say people that “Congress ke raj mein, behen-betion ki izzat surakshit nahi hai (Honour of our sisters and daughters is not safe under Congress government)” in every single rally during her poll campaign. But after her Government came to power, there has been no improvement in the situation. Sexual violence continues to rise in the state, with stats suggesting an average of 10 rape case every day. Leave older women, even young girls were not spared, and eventually the government had to introduce death penalty for rape of children younger than 12 years.

Moreover, the whole construct of ‘women security’ is based on a wrong premise.  Because by saying ‘security of women against crimes’, we tend to isolate women from those committing crimes against them. Shouldn’t the government roll out schemes to work with attitudes of men and youth as part of their efforts to secure women.

Further, both the parties use ‘safety’ and ‘security’ interchangeably, without knowing the true meaning of these words. When you say safety or security, it means you are protecting an individual from any danger or risk. But ironically, for both the parties, women security begins after the crime has already been committed – that means after the damage has been done. I am not, for a moment,   suggesting that we should not have victim-oriented policing, speedy trail and justice or victim rehabilitation schemes. But what I am genuinely concerned about is the neglect of BJP government over developing a proactive strategy that prevented crimes against women.

In fact, the government has been so dismissive that they are not even consulting specialists like criminologists, who could undertake valuable research using criminal justice data and help police identify hot-spots of crime. We don’t just need 24×7 women helpline, but a formal infrastructure that engages criminal justice researchers, solicit research proposals and undertake research studies to combat patriarchy and culture of violence against women. The ‘CM Policy Cell’ can function as a vibrant outlet for such engagements. Perhaps then, it will be more justified to say that we have taken steps toward enhancing women security.

On using women as vote bank, I don’t think it is going to benefit BJP as much as it will for Congress – because there has been a complete breakdown of trust among women, especially after reports of police insensitivity towards victims of sexual crimes came to the fore.

Psychologically speaking, raising the agenda of women security is clearly diverting the public attention from rising incidents of mob lynching, cow vigilantism, communal violence and anti-romeo patrolling in the state. The amount of damage caused to public property and the loss of innocent lives in such incidents merits far more attention than women security.

However, even as BJP’s promise (to render women protection…) is skewed in favour of hardline fundamentalists, it is quiet premature to determine Congress’s intention with respect to women security.

According to the data released by Home & Justice Ministry, crime rate has dropped by 8.9% in 4 years of BJP Rule. What do you make out of these results?

These figures are disputable. Under BJP rule, crime rate has increased in Rajasthan, and conviction rate has constantly declined. This is because most times police either refuse to register FIR on unreasonable grounds or close the cases on the pretext of them being fake. This trend is common in cases of crime like rape, attempt to rape, harassment, abduction and cruelty.

Similarly, crime rates were also kept low by not filing charge sheet.  Due to this, just a few cases reached the court and even fewer resulted in conviction. 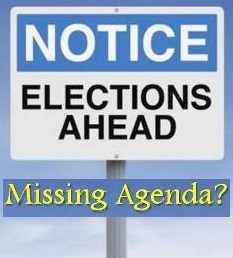