27,323 Sakhi women ensuring a financially independent life and building a life of dignity 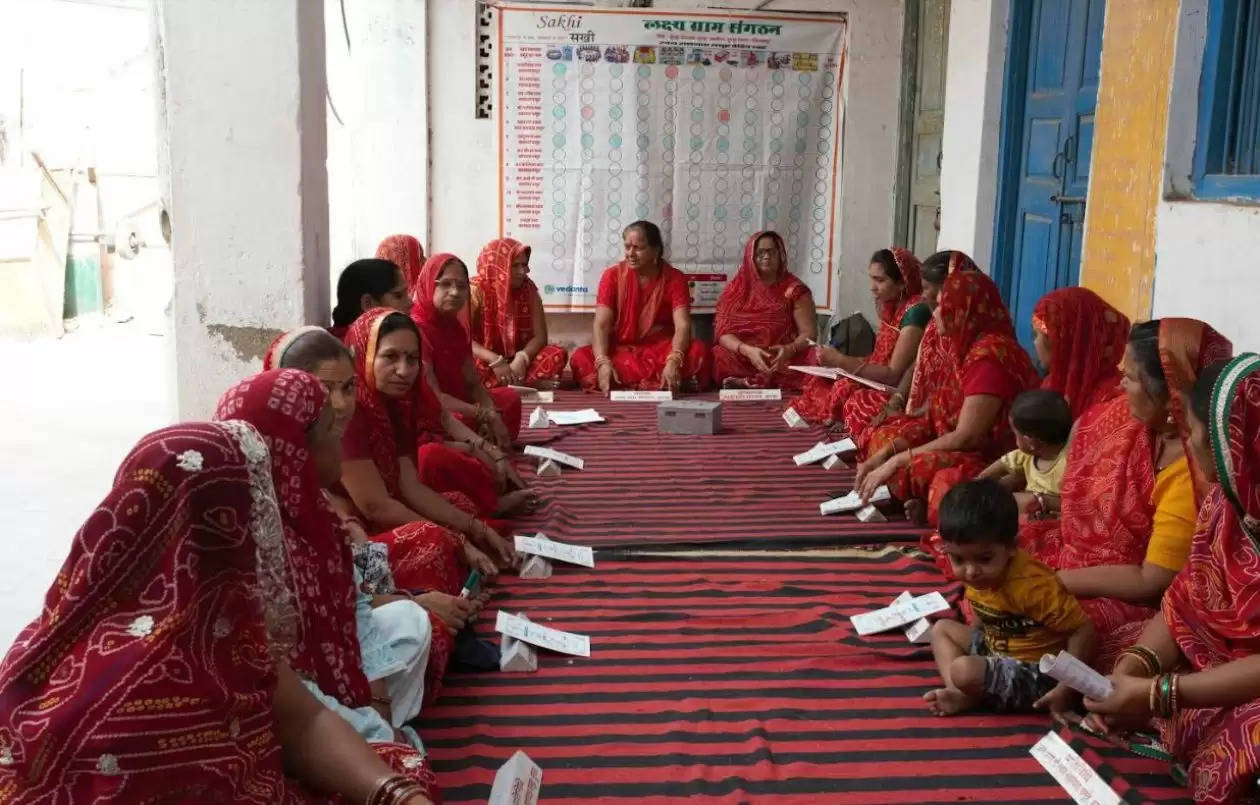 Manju Bora of Ghughara village in Rajasthan's Ajmer district had decided to work for herself in order to support her family and educate her daughter, but she was unable to do so since she was unsure of her determination's success. Manju Sakhi joined the self-help group at the request of family and group friends, and as a result, she not only received financial assistance to create her own paratha business, but she also learned how to cook several varieties of pickles, papad, and mangodi in the self-help group. Giving instruction also improved his morale.

Manju is now not only proud of herself for earning Rs 20,000 per month with the support of Hindustan Zinc, but she is also shown demonstrating her accomplishment via patience, determination, and perseverance.

The Sakhi Project was incorporated with a vision to connect rural women with self-help groups and develop a platform that provides vocational training and social and economic empowerment to rural and tribal women. Empowerment of women through SHGs is proving beneficial not only to individual women but also to the entire family and community through collective effort for development.

The initiative guarantees that women have equal opportunity for full and effective involvement, leadership in decision making, and engagement in socioeconomic growth. Through 2,128 SHGs in 209 communities, the project has positively influenced the empowerment of 27,323 women. The initiative works at the grassroots level, addressing significant concerns faced by women from rural and tribal areas while also improving their professional skills.

Hema's story is no different from Manju's, living in the tribal area of Javar, Hema started her economic empowerment by becoming a member of Saheli Self Help Group under Sakhi Shakti Federation. Hema, facing severe financial crisis during the Covid lockdown, obtained a loan of Rs 25,000 with the support of Sakhi Federation, and added an additional Rs 20,000 from her savings. Due to this, she started his own hotel Sonu Rajwadi near the mine area where refreshments were easily available to the workers. With a little guidance and financial support through the SHG group, Hema managed to earn Rs 1,000 to 1500 per day to meet her basic daily expenses.

In addition, Sakhi has promoted 1,211 small and micro enterprises as well as 7 group enterprises where women are employed in the production, processing and marketing departments. Another notable aspect of the Sakhi program is the Sakhi Production Committee, which aims to empower rural women through the provision of reliable sources of income.

250+ women are part of this initiative through 11 micro businesses. The association has collectively helped its members to disburse loans worth 62.16 crores which is not only empowering women but also indirectly supporting the development of agriculture, livestock, micro enterprises as well as domestic and social needs of the members.

Neeru, a beneficiary of Putholi in Chittorgarh district, started a small grocery shop in the village. Buoyed by the success of her grocery store, Neeru wanted to supplement her family's income. To add another source of income, she took a loan of Rs.25,000 from the local Sakhi Sahayata Group and bought a sewing machine. Today, her monthly average income has grown to Rs.30,000 and she shares the credit for this with her sakhi community who have supported her and paved the way for her accomplishment.

Hindustan Zinc has been awarded the Leaders for Social Change Award by Social Story Foundation due to its unique Sakhi women empowerment initiative. Received the prestigious Corporate Social Responsibility Award at the S&P Global Platts Metal Awards 2022 which is the only one in India. This recognition reflects the significant contribution of Hindustan Zinc towards positive change and empowerment of women from all walks of life. Project Sakhi is a beacon of hope for thousands of Sakhis in villages and is not only transforming their lives but also benefiting the entire community.