He discussed about the incident
By Sohail Khan Mon, 16 Jan 2023 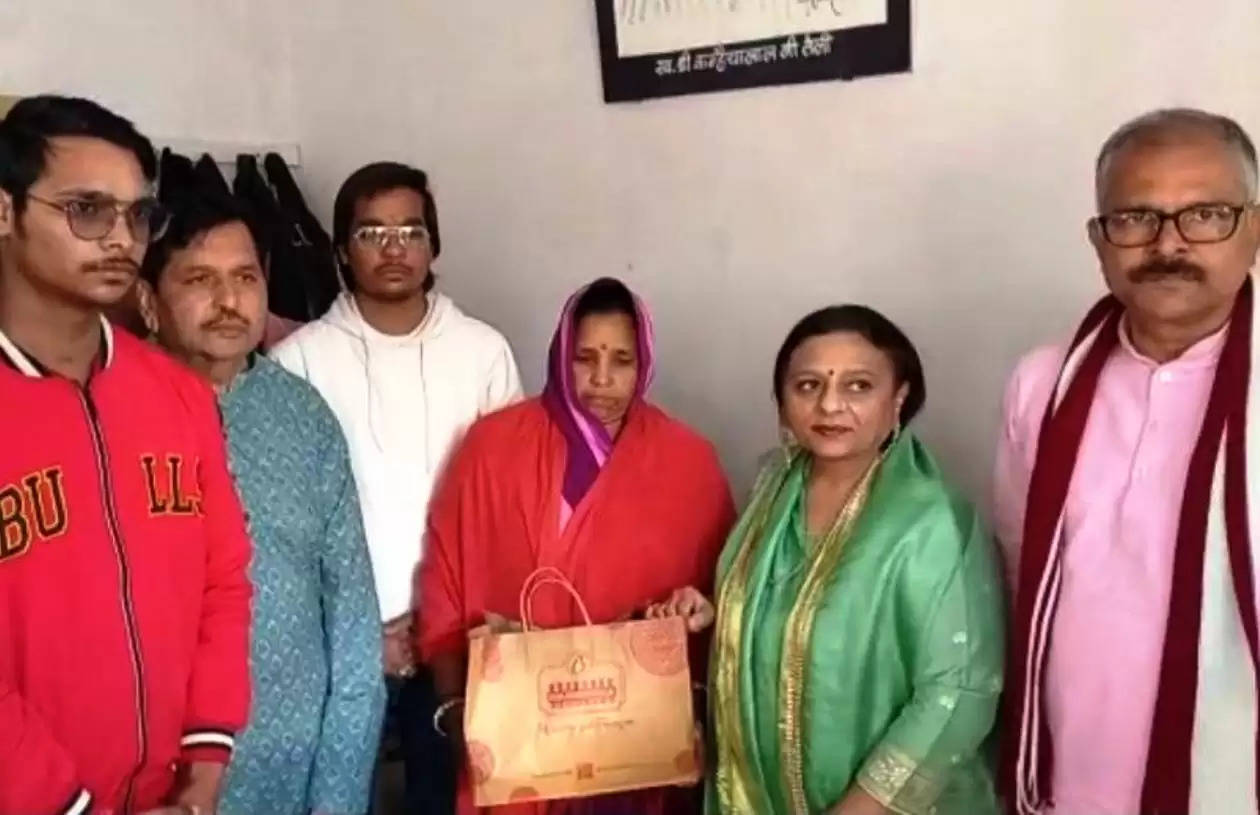 Mangal Prabhat Lodha Tourism Minister of Maharashtra and Sunday met the family members of the slained Tailor Kanhaiya Lal Sahu that has been killed by two accused over a post in support of the BJP Ex Spokes Person of Nupur Sharma as she came in lime light after made a derogatory remark on Islam.

Prabhat was on a visit to Udaipur along with his family, during that on Sunday evening he visited Kanhaiya Lal's house at Goverdhan Vilas area and met his family members.

He discussed about the incident and also consolled the family assuring them that he will be always there in their support.

On this occasion while talking to media Prabhat said that all the lovers of the religion in the entire world are dishearten with the incident, they had cowardly killed the innocent tailor.He said that every citizen of the country is with Kanhaiya and his family and following that he came to Udaipur today from Mumbai.

Minister said that such incidences pollutes the atmosphere of our country and should not be repeated.

By showing concern over Kanhaiya Lal's elder son's resolution for not wearing footwears till the killers of his father would not be hanged he said that it is not good for his health in the chilling winter to stay bare footed.He said accused will be punished for thier offence but he should start wearing footwears.He also assured Kanhaiya's son that his father will ger justice.

Talking about tourisim Prabhat said that Udaipur is a beautiful place, there is lot of things to learn from Udaipur which he will surely apply in Maharastra.