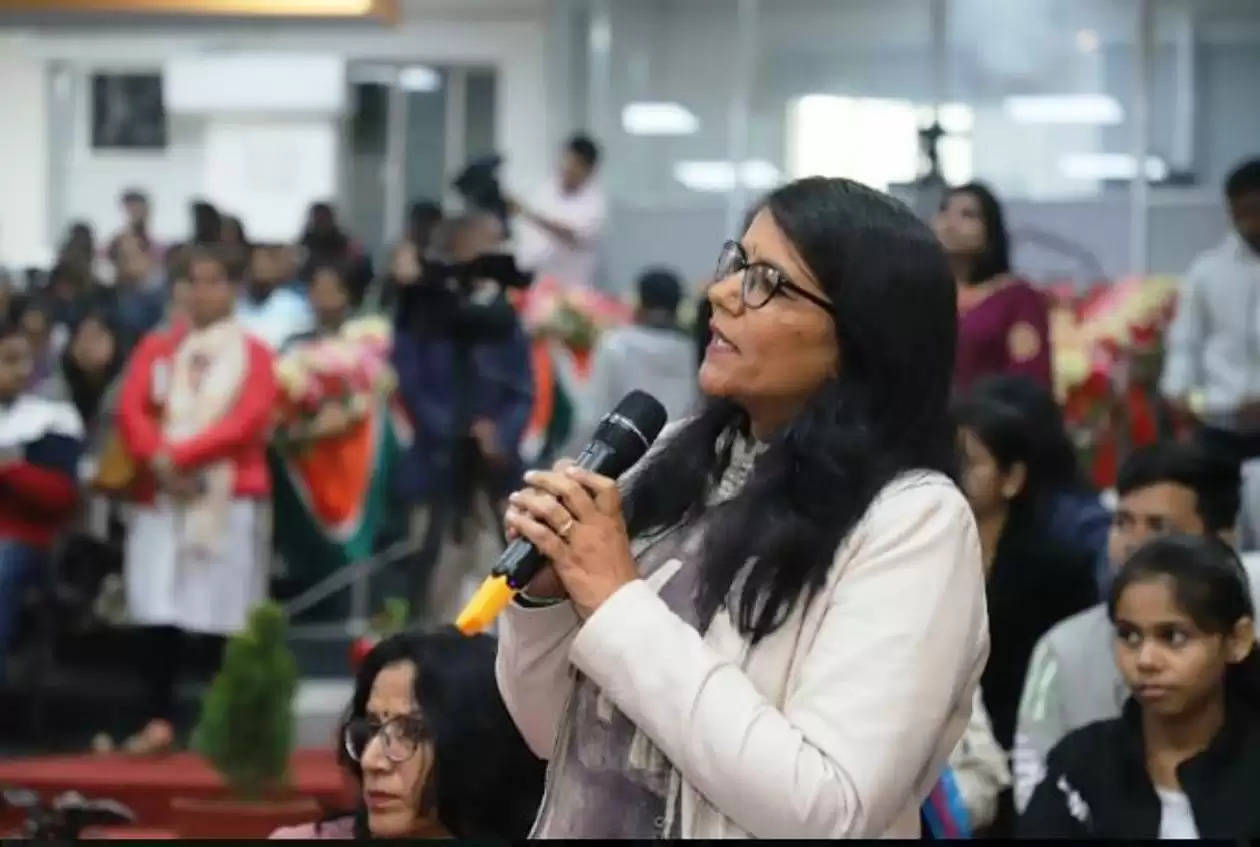 We should also add Subash along with Dev, Rishi and Pitri: Prof. BP Sharma

Prof. BP Sharma started his address remembering the indelible contribution of Mewar in the Indian freedom struggle. He said that it was under the influence of Netaji Subhash that Indian soldiers of the British-Indian Armed Forces manufactured a mutiny against the British. Prior to this, in 1928, Netaji had put forward the demand of complete independence in the Congress session for the first time. Challenging the British, Netaji formed the independent government of united India.

Due to the bravery of Azad Hind Fauj and Subhash, the British had to leave India. We should also add Subash along with Dev, Rishi and Pitri. If we talk about the India of Subhash's dreams, then the nation will have to become economically, strategically, technologically and socially strong.

IIMC Professor Sangeeta Pramendra said in her statement that Netaji Subhash was a skilled writer, journalist and commentator. Netaji's interest and love for journalism was widely known. Subhash also continued to write editorials in Forward Block under a pseudonym. Azad Hind Radio had also played a major role in lighting the flame of freedom among Indian youth. BBC had to start Eastern Service Center against Azad Hind Radio.

In the third session which was moderated by Prof. Sangeeta Pranvendra, India's internal and external security challenges and strategy were discussed. Abhinav Pandya answered questions on external and internal security and Prof. BP Sharma elaborated upon economic and strategic interests of India.

Abhinav Pandya stressed upon the importance of internal security along with external challenges from Pakistan-China. Demographic change has certainly added to the internal security threats. There is migration from remote border areas to big cities, in such a situation there may be a problem in the identification of border areas. We have to provide strength to the economic, political and military fields.

The final session was Fish Bowl Storming session, in which the participating youth presented their views on the theme "India of 2030". This session was directed by Prof. BP Sharma. And at last the even was concluded by wonderful patriotic song performances by Band.

Before this, documentary on the life of Netaji was screened. Journalist Anjali Verma directed this session. After the screening of the documentary, the youth gave their critical views. The thoughts of the youth were particularly in relation to the mysterious death of Subhash. The youth also raised questions on the role of various Indian governments with their views.

Senior journalist Anand Narasimhan could not participate in the MTF due to low visibility in Udaipur resulting in cancelling of the flight.

Stalls of Ritam App, handmade crafts by tribal women, organic food and products and book sales were set up.