According to the sources, this decision will be fully implemented by the government by December 2024 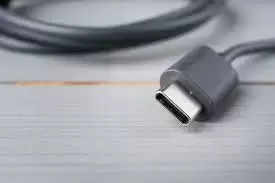 The Bureau of Indian Guidelines (BIS) has announced standards for USB Type-C charging connectors that will be used in the country's mobile phones, smartphones, and tablets. According to Rohit Kumar Singh, Consumer Affairs Secretary, firms have nearly agreed to use USB Type-C as the charging connector for all smartphones, tablets, and laptops. This decision will be fully implemented by the government by December 2024.

The Indian government is following in the footsteps of the European Union by mandating USB-C charging for all electronics. According to the Department of Consumer Affairs, the goal is to increase consumer interest while decreasing e-waste. It has been stated that the shift will benefit the environment.

What does this mandate mean to different types of consumers?

Most Android smartphone manufacturers may not have to worry about this new requirement because their devices already include USB-C charging connections. Those few who must still comply with the new criteria will have to apply before the deadline.

Apple is one of the companies that will be worst hurt by the new regulation. Apple is the major phone manufacturer that has not switched to USB-C for cable charging. If the business switches to USB-C, there would be e-waste since millions of consumers will have to switch to the new standard and discard their lightning cords. Experts have previously speculated that Apple is working on an entirely wireless future, with a solution that is likely to be as efficient as its cable charging.

Back in June 2023, the European Parliament approved an order stating that by the end of 2024, all consumer electronics such as Android and iOS (iPhones and AirPods) will use USB Type-C as their standard charging connector. Furthermore, by 2026, this law might be applied to laptops as well.

How will it work?

Consumers will no longer need to purchase a separate charger when purchasing a new gadget (smartphone, earphones, tablets)  since they will be allowed to use a single charger for the whole category of small and mid-sized portable devices under the new guidelines. Regardless of manufacturer, all new mobile phones, tablets, digital cameras, headphones and headsets, portable video-game consoles, and laptops are rechargeable via cable and enable 100 watts of charging, as well as a mandatory USB Type-C connector.

All USB C-Type fast charging devices will have the same charging speed, allowing customers to charge their smartphones at the same rate from any compatible corporate charger.