To assist ex-soldiers with their difficulties, a toll-free helpline will be provided in the district

To assist ex-soldiers with their difficulties, a toll-free helpline will be provided in the district 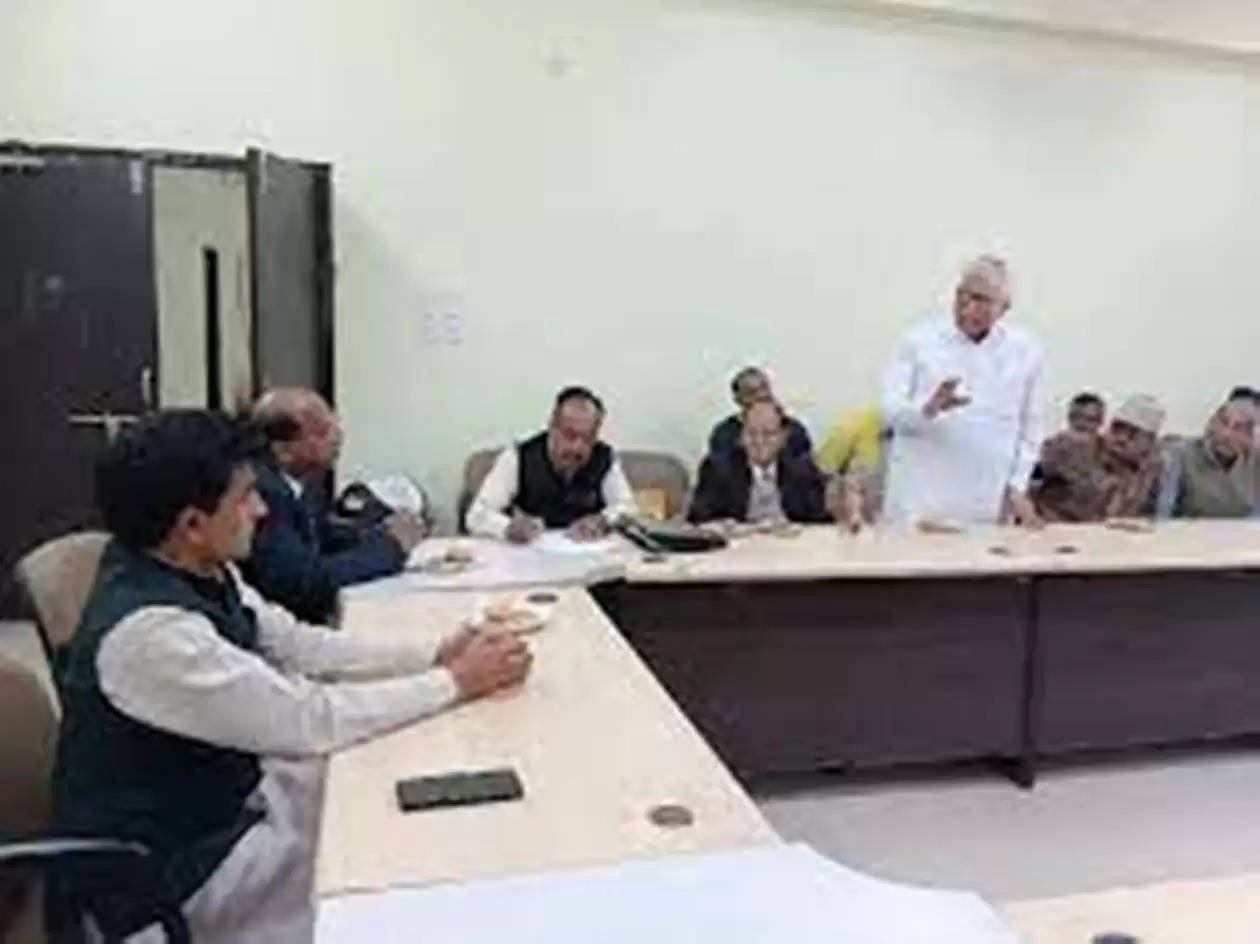 The Sainik Welfare Advisory Committee's vice president Ram Sahai Bajia visited Udaipur. According to him, the Sainik Kalyan Bhawan project in Jaipur will soon be finished, which would make it simpler to address the issues at the Sainik Welfare Offices in Udaipur.

The headquarters will provide a toll-free number so that former military members may report their issues. He interacted with ex-servicemen, war injured soldiers and also the families of the soldiers in a program organized at District Sainik Welfare Office at Madhuban area, Udaipur.

Sharing his experience, Ram Sahai Bajia said that he participated in the Kargil war in which he lost his leg. He was welcomed by District Sainik Welfare Officer Col. Kamalendra Singh Bhatti. Ram Sahai Bajia also visited the tomb of martyr Major Mustafa and placed flowers on his grave.

The Vice President attended the District Sainik Board meeting at Collectorate. Various topics, including the distribution of land, naming the school after previous soldiers martyrs and erecting  statues of the martyrs, were discussed.

It has been planned to have monthly meetings at the district level, chaired by the collector, to discuss issues affecting ex-servicemen and soldiers dependents. Additionally, pictures of the district's martyred soldiers will be displayed at the museum at the martyr's memorial site.

According to Ram, Rajasthan does not have a Sainik Kalyan Bhavan. Ashok Gehlot, the chief minister of Rajasthan, has, however, solved this issue by giving us a budget of Rs 20 crore and by granting us 4000 square yards of land for the new structure. From that point on, all the district offices in Rajasthan would be under supervision, and work will also be done to give the troops access to the amenities supplied by the central.

Additionally, work on digital data will be done. For this, digital data is being prepared. He stated that an arrangement had been established a short time ago to provide sympathetic positions to the heirs of the troops who suffered illness or died in the disaster. In Rajasthan, there are a total of 6 lakh military families. 2 lakh of them are ex-serviceman households. There are 60,000 courageous ladies. There are 1.5 lakh active troops, while the remaining are dependent families.