People of Udaipur, Arefa Tehsin, author and naturalist from Udaipur bring the forests of Aravallis to life in her writings

People of Udaipur - Arefa Tehsin, author and naturalist from Udaipur brings the forests of Aravallis to life in her writings

People of Udaipur - Arefa Tehsin, author and naturalist from Udaipur brings the forests of Aravallis to life in her writings 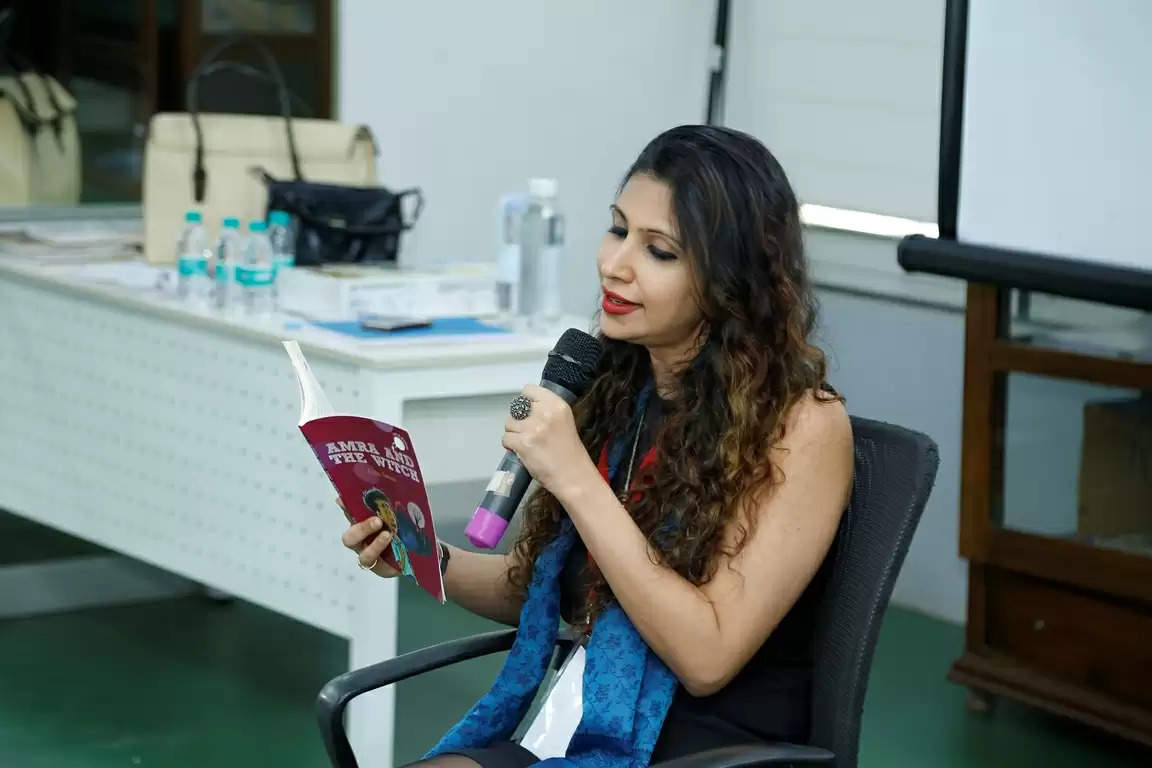 "My real education happened in my home library, which housed all kinds of books to pick up and read from..."

Udaipur Times caught up with Arefa Tehsin, author of several fiction and non-fiction books, the inspiration of many of which has come from her childhood encounters in the jungles of Aravallis around Udaipur.

UT presents to its readers a tete-à-tete with this prolific author from Udaipur, who was also appointed Wildlife Warden for a term by the state government of Rajasthan.

Arefa gets nostalgic talking about her childhood. Her early years, spent mostly in her family home in the Panchwati area of Udaipur, were filled with conversations revolving around environment and nature, folk arts, history, prose and poetry, Urdu shayari, and the socio-political happenings in the country and region.

Two words would define my childhood - social and wild. 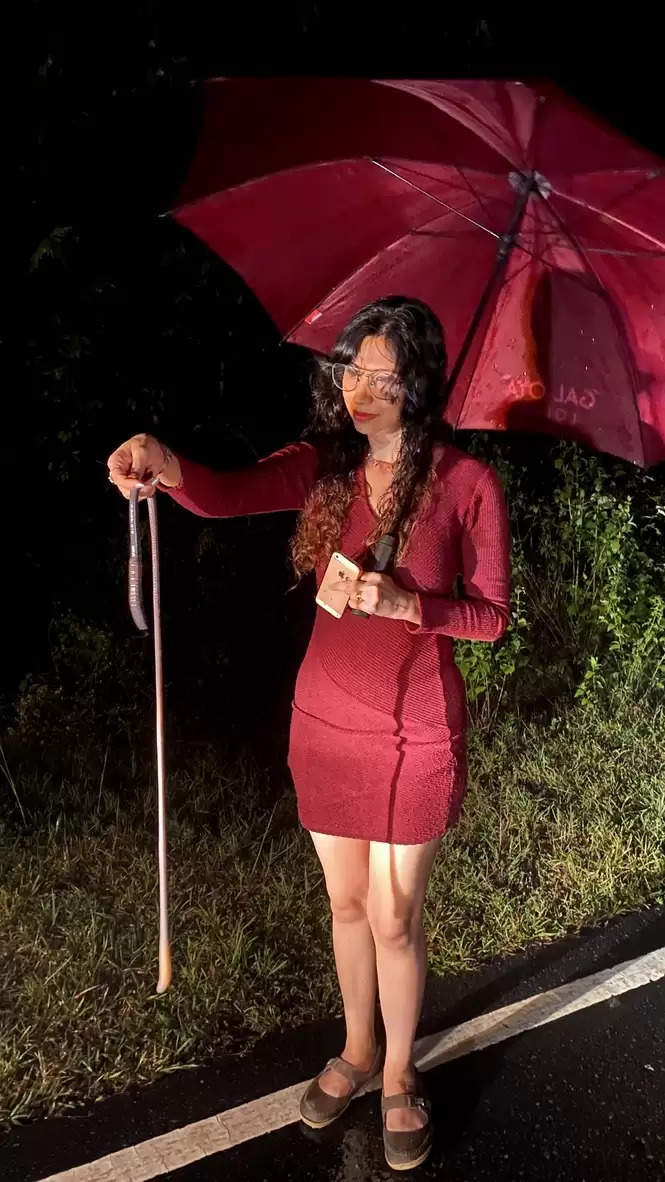 Arefa comes from a very illustrious family. Her grandparents T. H. Tehsin and Khurshid Banu were stalwarts of social change in Mewar. Her uncle Riaz was an educationist and patron of the folk arts. He was associated with Vidya Bhawan, Bhartiya Lok Kala Mandal, Gandhi Peace Foundation, Sangeet Natya Academy and other such organizations. Her aunt Razia was a social worker, writer and Honorary Judge in children’s court. Her uncle and aunt, Rajni Kant Verma and Habiba Banu, were socialist leaders. Her father Dr. Raza Tehsin is a conservationist and wildlife expert.

She says her childhood in Udaipur was enriching in many ways, whether playing with her cousins in her garden comprising 30 varieties of fruit-bearing trees or going for frequent long drives with the family around the Aravallis. Although her formal schooling happened in St. Mary’s and The Study, her real education happened in her home library, which housed all kinds of books to pick up and read from.

Her grandfather was one of the earliest big game hunters-turned-conservationists of India – he was a contemporary of Jim Corbett - and her father has been a wildlife conservation crusader.

She credits her father for bringing her close to nature. He taught her the invaluable lessons of not to fear the dark, the forests or the unexplained.

My father is my inspiration and my hero. 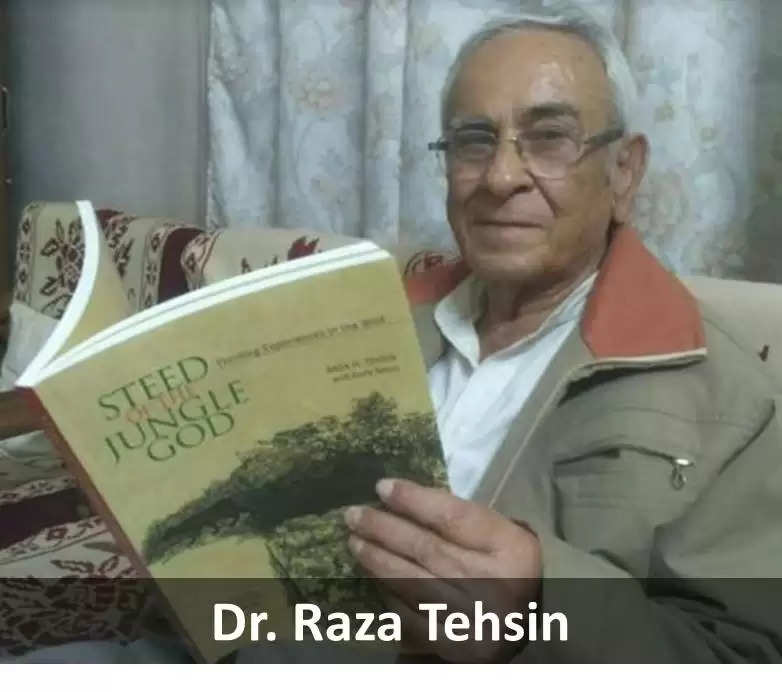 “We were staying deep inside the Kumbhalgarh forest in a forest rest house. Everyone used to sleep inside, except my father and I. Both of us slept outside near a small water hole. One morning, we woke up to find the fresh pug marks of a leopard, which had passed between my father’s and my cot at night! It had come there to drink water and it went away after quenching its thirst.” – Arefa Tehsin, sharing her childhood memories of a close encounter with a leopard, during her visit to the Kumbhalgarh forests in her summer vacations.

She says, “When I started writing, the setting came naturally to me - it had to be about forests, which were my second home, and wild animals who are like my extended family.”

“Writing to me is not a career or profession. It is more like a song that comes to you and you must sing it, tapping your feet.” - Arefa, on her inspiration to pursue writing. Her first book to be published was Tales from the Wild in 2011.

She has written nineteen books so far and is penning down the twentieth now, which is her second novel for adults. The story is based in Colombo, Udaipur and Sumer Forest in Kumbhalgarh. Her first novel for adults, Witch on the Peepul Tree, that will soon be published by HarperCollins, is a murder mystery set in Udaipur in the 1950s and spread over the day of Makar Sankranti. The story is told from the perspective of a zamindar, a middleman, a Bhil tribal, an untouchable girl and a Bohra Muslim widow.

Of all the characters that she has conceived so far, ‘Iora’ is the closest to her heart. Iora was the first protagonist Arefa created and spent the most time with. Iora is the resident of a hidden rainforest civilization. After the first book was released in India, Arefa wrote 5 more novels of the Iora series. The first book, Iora & the Quest of Five, will be released by an Indie publisher in the U.S. and U.K. this year.

When asked about her experience of meeting the five-time National award-winning Hindi Film actor Shabana Azmi, Arefa fondly recalls, “Shabana ji was kind enough to prepone her tickets and reach a day early in Bombay to launch Iora. She is one of the rare no-fuss luminaries, who believes in action and activism to bring about change.” 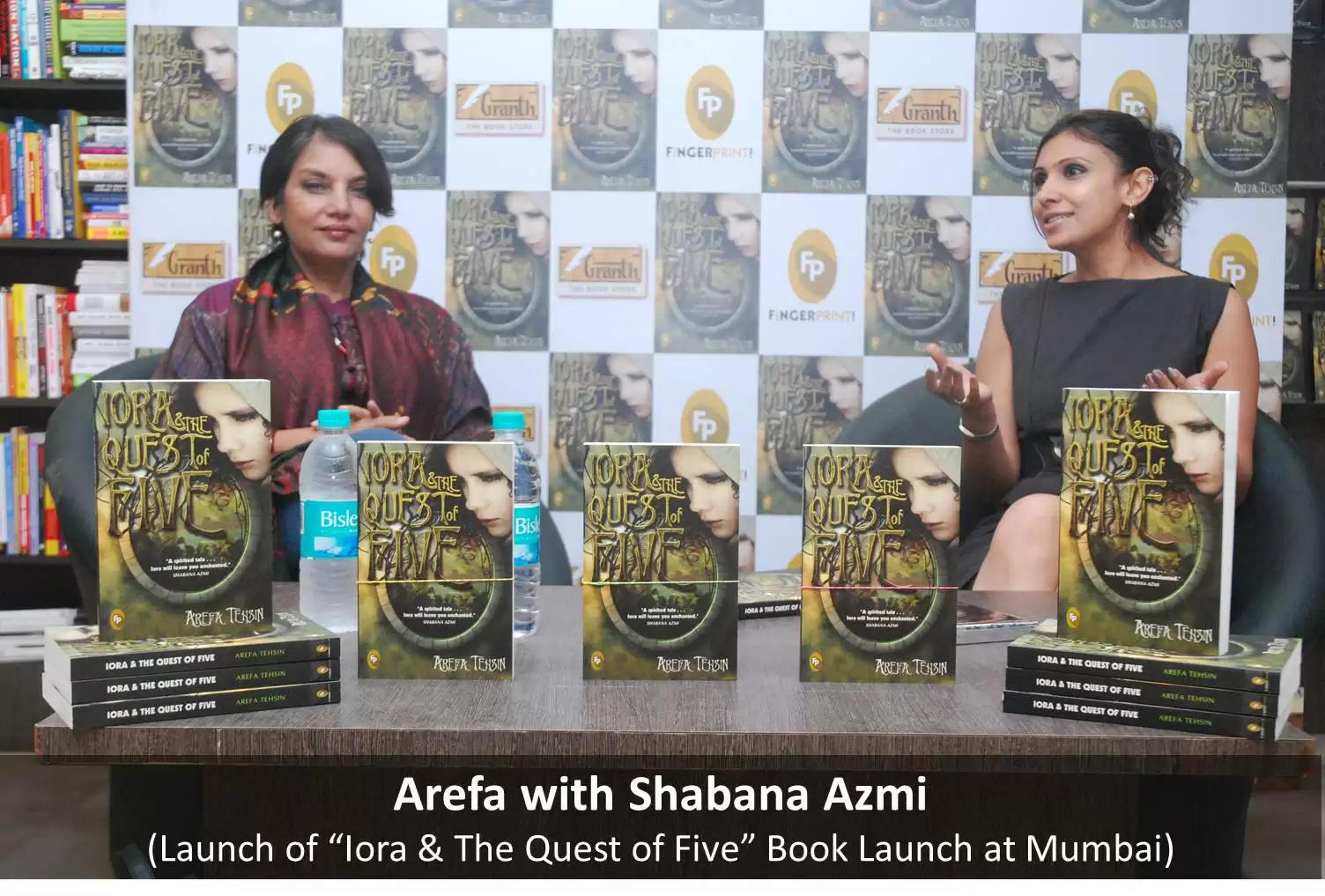 She has an equally interesting experience of meeting Dr. Shashi Tharoor, an author, politician and former international civil servant. Arefa recounted, “He is one of the most charismatic and sharp people you would come across. He is an original thinker and a true patron of literature. I have met him a few times, including the time when we were both speakers at the Jaipur Literature Festival, and when he visited Sri Lanka to launch PM Ranil’s biography.” 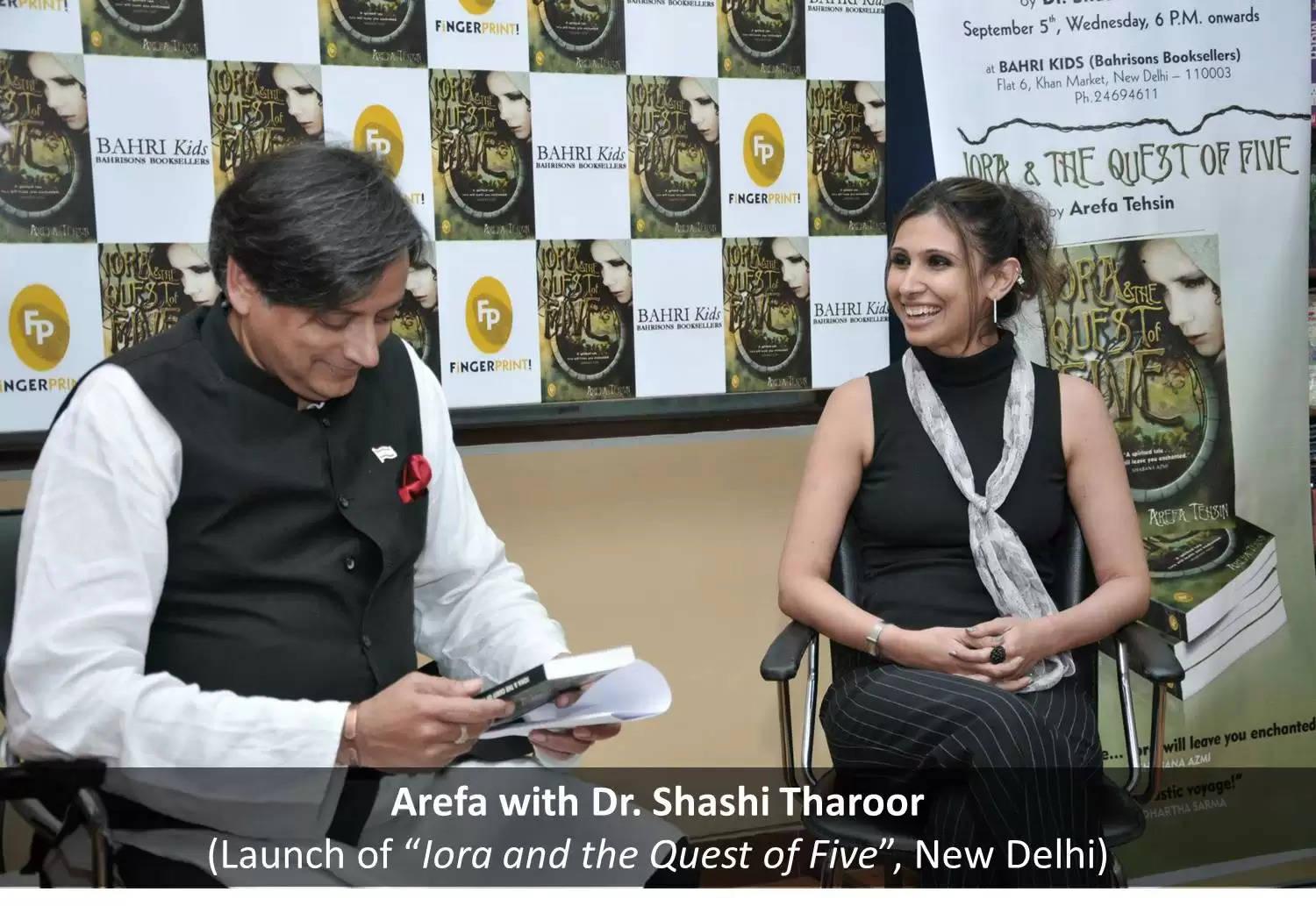 Arefa was appointed the Honorary Wildlife Warden of the Udaipur district in 2012 and served for around 3 years. With inputs and guidance from her father Dr. Raza Tehsin, who has immense knowledge of the Mewar forests, she submitted various proposals to the forest department as well as a few to the then Chief Minister, Minister of Forest and Environment, Rajasthan, and the Minister of Forest and Environment, India. 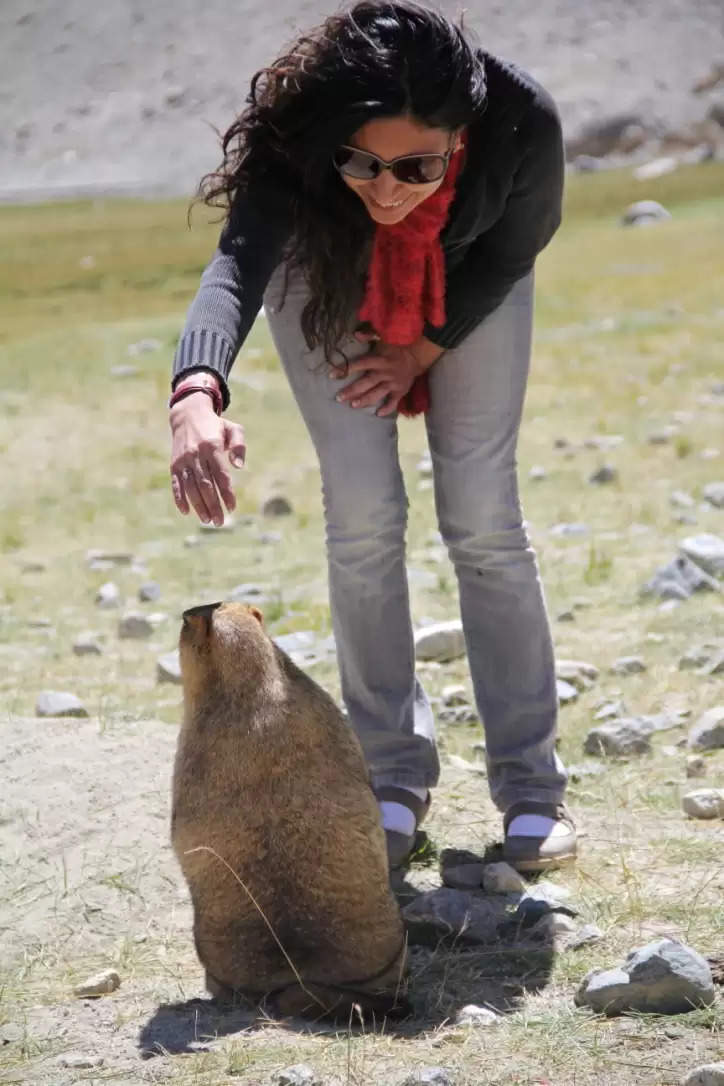 These proposals intended to bring particular issues to the government’s notice, including:

Other proposals presented by Arefa included:

Her heart and soul reside in the city of lakes.

Recognition, awards and nominations that Arefa’s books have received so far:

As her writings and her work have their foundation in Udaipur, now that she is staying away from Udaipur, when asked about how often she visits the city and what difference she sees in the upcountry areas and jungles from the times that she  was stationed here decades ago, she lamented, “I had never imagined traffic queues on Fatehsagar! The city has spilled uncontrollably in all directions. Many of the old hills and wildernesses have been cut to make way for colonies and highways. Those places are unrecognizable for me. I now understand the lament of my grandfather, and in later years my father, for the loss of the wild around Udaipur… seeing the ‘naked hills’. It is heartbreaking.” 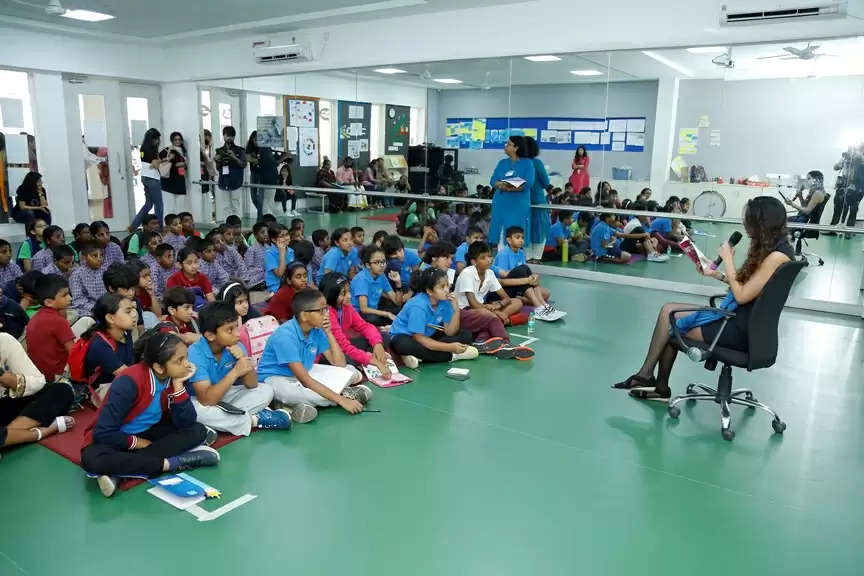 UdaipurTimes takes this opportunity to wish Arefa Tehsin success with her forthcoming endeavors and her journey ahead.