The collapsed 'Morbi bridge' has a history

The collapsed 'Morbi bridge' has a royal history

The collapsed 'Morbi bridge' has a royal history

The Morbi Bridge, made of material brought from Britan was constructed in the late 19th century and British architects were consulted for the contruction

The Maualai Raj (Mulla Raj) Bin Maulai Dawood Ziyarat at Morbi is frequented by members of Dawoodi Bohra community from across the globe...

It was a horrifying disaster when the Morbi suspension bridge  collapsed on Sunday 30 October, 2022. The 137-year-old bridge has a rich past. Formerly known as Morvi, Morbi city's rivers were known as the Ghee (butter) and Milk Rivers, which signified the prosperity of Morbi. It is obvious enough that it was a flourishing city, governed by the Mughals, British and the Rajputs.  Historical archives record that Qutb-ud-din Aibak was among the first rulers of Morbi, which then passed onto the hands of the Rajputs, with a few decades of British rule in between.

UdaipurTimes got an opportunity to speak with the eldest living member of the Morbi Royalty, Prince Dhruvkumar, whose daughter, Bhuwaneshwari Jadeja Shaktawat is wed in Udaipur. A comprehensive history of the Morbi bridge, the construction of which was facilitated by the great grandfather of Prince Dhruvkumar is presented below for our readers.

The collapse of the Morbi supension bridge is not a one off tragedy in this prosperous town. Morbi, a town in Rajkot district of Gujarat has bounced back from multiple tragedies of a much larger kind in the past. Where this bridge collapse was entirely due to human error and fault, the other tragedies were more natural.  In the August of 1979, the Dam on the Machhu river collapsed, washing away a major part of Morbi and killing more than 12,000 people. OnJanuary 26 2001, a massive earthquake rocked the small but prosperous town, killing almost 300 people. Most of the town's historical buildings were damaged during and immediately after the quake. 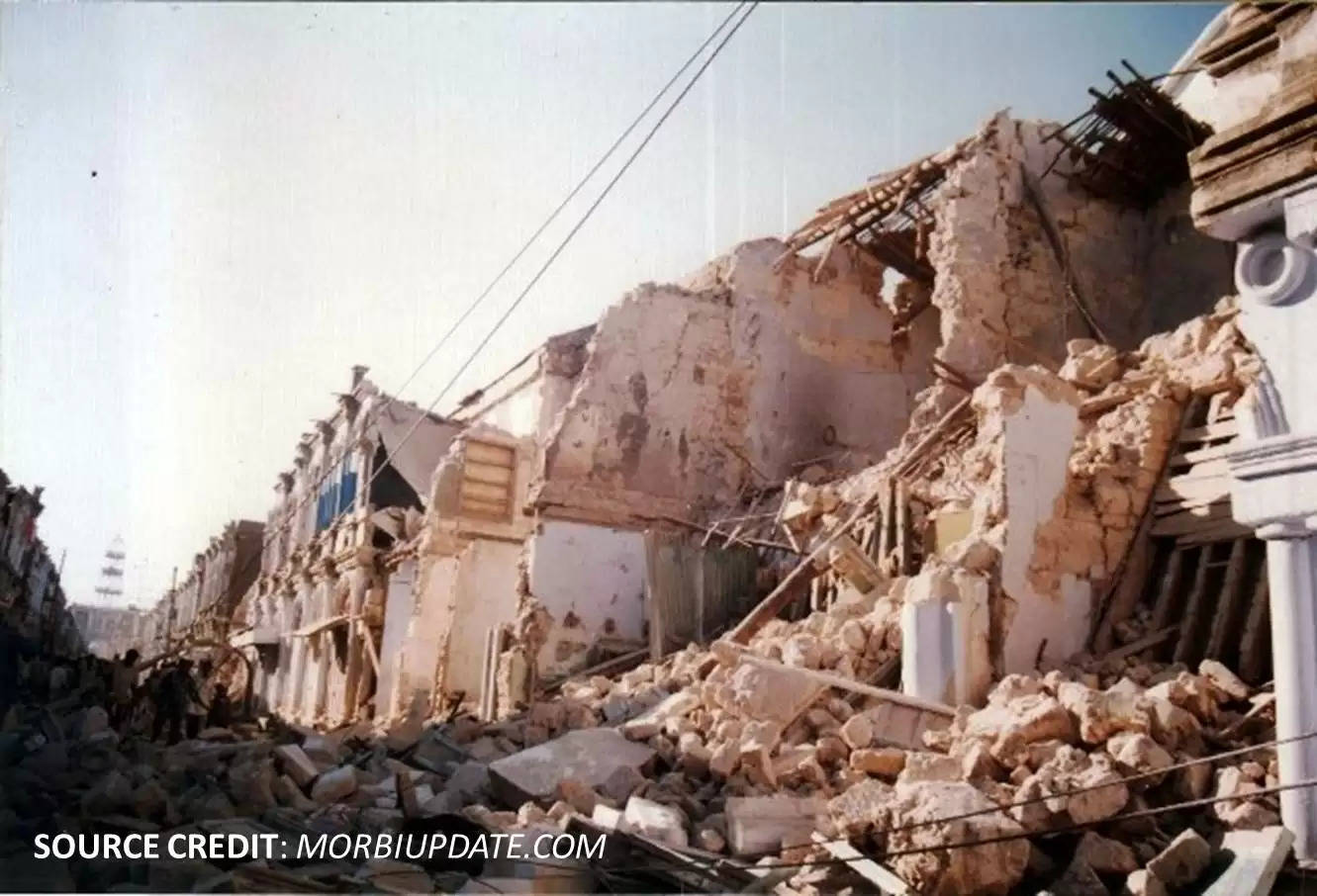 Morbi was established as a result of family fued in Kutch, when Kayanji, the heir apparent of Kutch had to leave the region. He established Morbi in 1698 and made it independent of Kutch. His grandson Rawaji fortified Morbi and expanded its territory.  Morbi saw 6 rulers between 1698 and 1807, when it became a protectorate of the British empire, which was during the reign of Jyaji Waghji. After Jayaji Waghji died in 1828, Prithirajji was crowned king. Ravaji Pritihrajji became king in 1846 and in 1870, his 12 year old son Maharaj Waghji Ravaji was declared king. Since he was still young, a regent was appointed by the British to rule in his name. The daily affairs  being managed by the British regent, gave an opportunity to Waghji II Ravaji to attend school, which was set up in Rajkot for the royals. This education had an immense affect on the approach by Waghji II when he became king in 1879. He took up welfare measures in Morbi and constructed roads, schools, hospitals and bridges, the current Morbi Bridge being one of them. 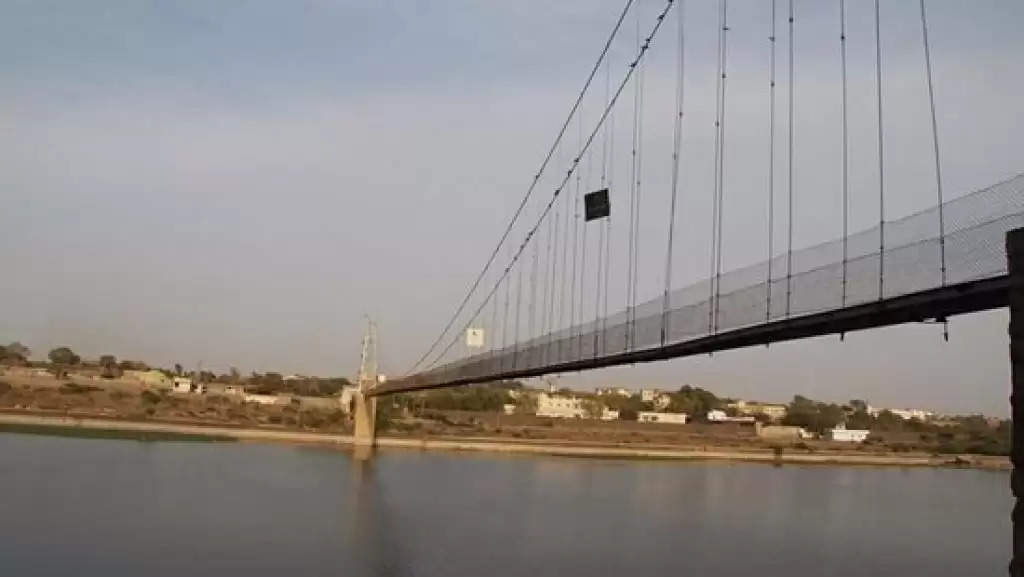 Maharaj Wahaji Thakore/Thakur constructed the Morbi bridge in the 1880s, a time of British administration in India, at which the recent catastrophe happened that claimed nearly 150 lives. As per Rajkumar Dhruvkumar, the Morbi bridge was constructed by English architects and material was also brought from England at that time during the 1880s. Currently, the collapsed suspension bridge spans 233 meters and is 1.25meters wide. It connects Darbargarh Palace and Lakhdirji Engineering College.

In a conversation with UdaipurTimes, Rajkumar Dhruvkumar Singh (the former king of the ‘Dhruvnagar village’ in Gujarat) said, 20 to 25 years back this bridge was under ‘Rajveer family’ and after that it went under the rule of Municipal Corporation of Gujarat. Since 2008, the contract was with a company called ‘Oreva Flagship Company’ (holding company of Ajanta Manufacturing Private Ltd). Since then, the maintenance and management of the bridge is looked after by this company. The Renovation was promised by Oreva in its purported August 8, 2020 communication to the collector and Chief Municipal Officer.

“We will not repair the suspension bridge on a permanent basis, procure material or hire contractors…until we get a properly signed document of a permanent agreement.” - states the widely circulated copy of Oreva’s letter authenticated by government officials.

Rs. 1 Lakh will be provided to the victims families as proposed by the government, Rajkumar Dhruvkumar Singh added. Currently the entry fee for the bridge ws Rs. 17 for adults and Rs. 12 for children. Interestingly, Morbi is the hub of the Wall clock industry. 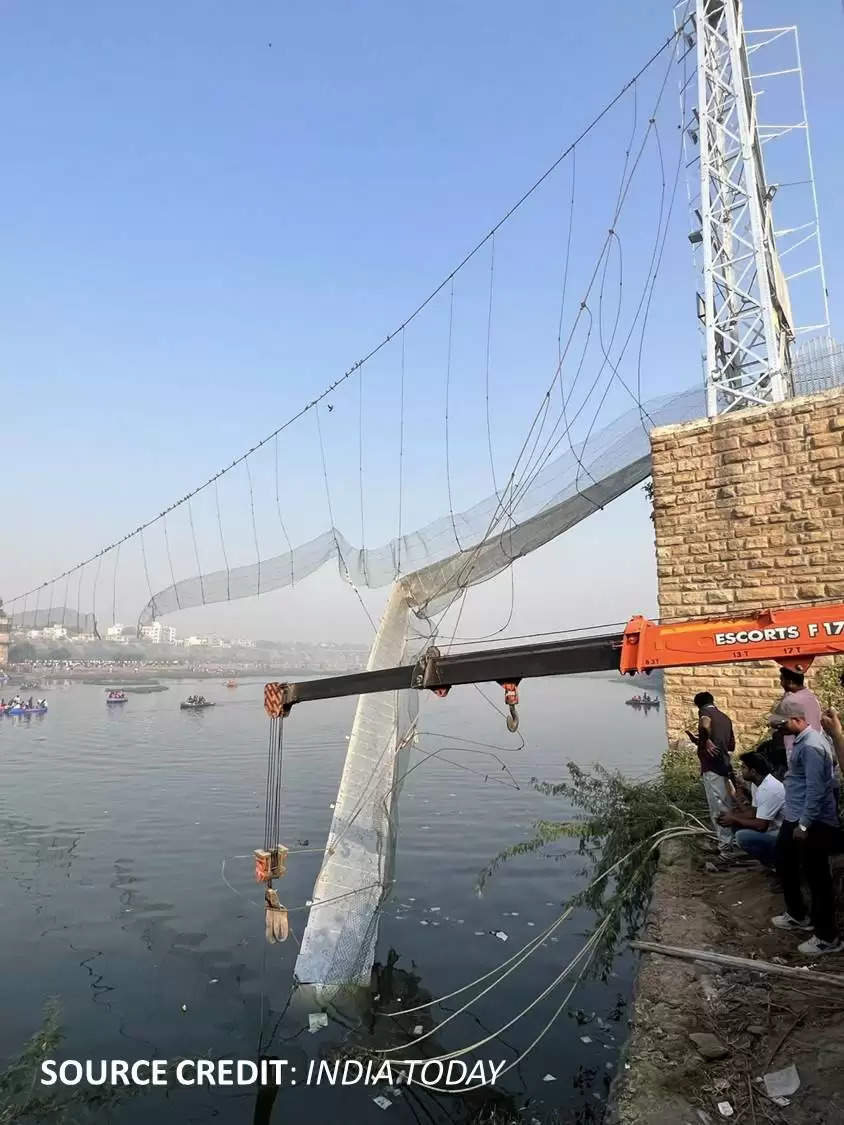 Following the Morbi tragedy, the Gujarat government requested that all collectors in each district and members of the roads and buildings departments identify dangerous infrastructure including bridges and recreation areas. A bridge over the Hamirsar Lake in Kutch and another one over the Mandvi have both been closed immediately. Considering the allegedly faulty manner in which the Oreva Group allegedly carried out the renovation, the sources claim that the Municipal Corporation of Gujarat was aware of the hazards associated with reopening the suspension bridge and permitting a significant number of people to walk on it.

More on the History of Morbi

Post 1880 as some significant constructions and developments by the visionary Maharaja Waghji II, the region got its first railway line in 1886 and was raised to the status of First Class State in 1887. Maharaj Waghji II was knighted and became Sir Waghji Ravaji.  Lakhdirji, the son of Sir Waghji II Ravaji became king in 1922 nd during his tenure, constructed the city's  first telephone exchange and first power station.

On August 15, 1947, India gained its independence, opening a new chapter in Morbi's history. Morbi and the remainder of Saurashtra were included into Bombay State in 1956. Bombay was divided into Gujarat and Maharashtra on May 1st, 1960. Morbi became a taluka in the Rajkot District and a part of Gujarat.

Interestingly, the Maulai Mulla Dawood Bin Mulla Raj Ziyarat is in Morbi, and it is frequented by Dawoodi Bohra community members from across the globe. 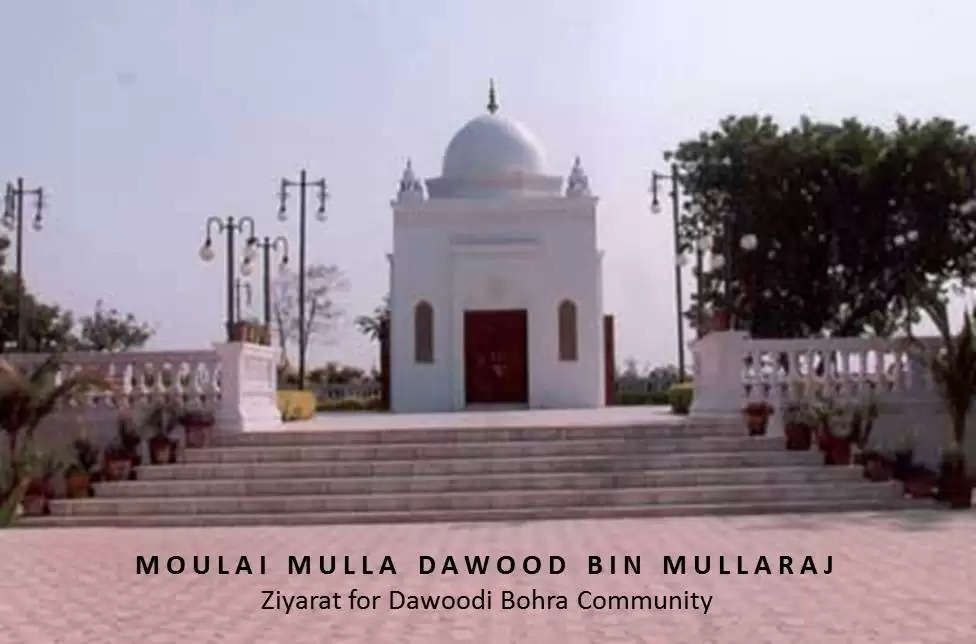