Honorable Justice Gautam Patel has been spearheading with panache the long battle on the Dawoodi Bohra Succession, which raised its head immediately after the passing away of the 52nd Dai, Dr. Syedna Mohammad Burhanuddin, more than 7 years ago.
By UdaipurTimes Team Fri, 2 Apr 2021 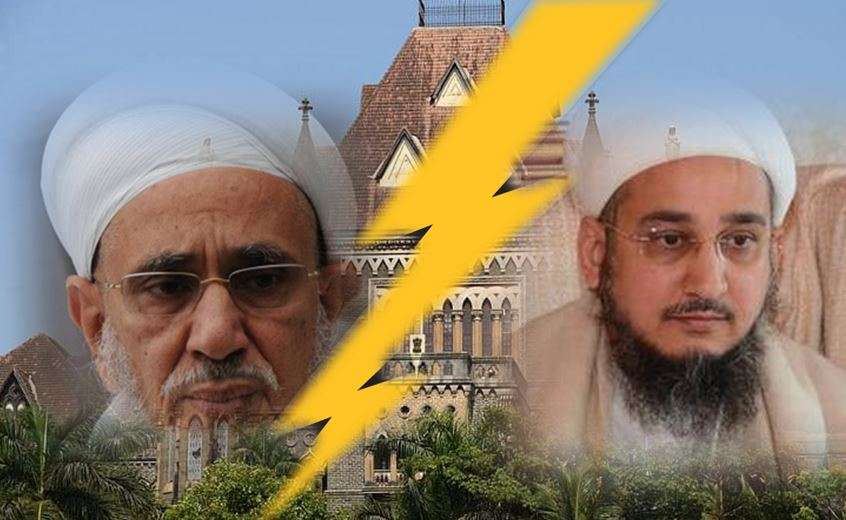 Dr. John Costello accepted the correctness of the GCS report and apparently agreed that someone who is not "orientated" cannot be considered to have the capacity to make important decisions.

The cross questioning of Dr. John Costello, the second witness of the incumbent Syedna Mufaddal Saifuddin ended on 31 March 2021 after he fielded 42 questions.

After more than 7 years of the passing away of the 52nd Dai, Dr Syedna Mohammad Burhanuddin, the “nass” (Conferment of Succession) issue in the famous Dawoodi Bohra Succession case continues.

Dr. John Costello, the second witness of the incumbent Syedna Mufaddal Saifuddin fielded questions on the GCS report that was shown to him. The GCS (Glasgow Coma Scale) is used to measure the consciousness of a patient after a brain injury.  The late Syedna Burhanuddin’s GCS report depicted his medical condition in June 2011 – i.e. the time when the defendant says that the “nass” was conferred on the incumbent Syedna.

The GCS report shows that the late Syedna was not orientated throughout his 16 day stay at the Cromwell hospital in June 2011. In the cross examination, Dr. Costello accepted the correctness of the GCS report and apparently agreed that someone who is not orientated cannot be considered to have the capacity to make important decisions. Orientation is medically defined as the ability to correctly report time, place, and one’s own name.

Following are the excerpts from the cross-examination that support the above points:

Q: Do you agree that a patient, though alert, may yet be confused or disoriented?

Q: Is it correct that there is no noting in the records of June 2011 of the 52nd Dai being oriented?

Dr. Costello: I would have to check whether the word is used or not in those records, but my notes and recollections are that he was oriented on several occasions and at different times.

Q: (Shown medical records) Is this the GCS record at your hospital for the 52nd Dai in June 2011?

Dr. Costello: Yes, it seems so

Q: Would you now agree that the 52nd Dai was not orientated at any time during his stay at the Cromwell Hospital in June 2011?

Q: I put it to you that lack of orientation is a deficit in mental capacity of the patient sufficient to impair or impede a patient’s ability to make important decisions on his own. Do you agree?

On being cross-questioned about the Speech and Language Therapist notes of 4th June 2011, Dr. Costello steadfastly maintained that despite the notes showing “severe reduction in movement and strength”, the late Dai’s condition did not worsen. He, however acknowledged that the 52nd Dai had difficulty with tongue movements that impacted his speech, at the time of his admission to hospital.

The following interaction of the cross-questioning shows the admission of the above points:

Q. (Shown Speech and Language Therapist notes of 4th June 2011)  Did this indicate to you that the impairment had worsened on 4th June 2011.

Dr. Costello: There is no indication from this note that his condition had worsened.

Q: What do you understand by the words “severe reduction in movement and strength”, if not a worsening of his condition?

Dr. Costello: He had difficulty with tongue movements from the time of his admission. This note does not indicate that it had got any worse or that he was incapable of speech.

Q: To what do you attribute the 52nd Dai’s repeated drowsiness during his stay at the hospital?

Dr. Costello: He was 96 years old at that time and had suffered a stroke.

The above questions were a part of 42 questions that Dr. Costello answered over a period of two days. His cross examination ended on 31st March. The next witness to appear on behalf of the incumbent Syedna Mufaddal Saifuddin will be Abdulqadir Moiz Nooruddin, who is the incumbent Syedna saheb’s son-in-law. This cross-examination will take place from 9th till 11th June 2021.

Brief History of the hearing on the Dawoodi Bohra Succession case

Honorable Justice Gautam Patel has been spearheading with panache the long battle on the Dawoodi Bohra Succession, which raised its head immediately after the passing away of the 52nd Dai, Dr. Syedna Mohammad Burhanuddin, more than 7 years ago.

The cross-questioning of the plaintiff Taher Fakhruddin Saheb’s side was closed in 2020, after he and his witnesses fielded more than 2,000 questions. The focus now shifted to the defendant’s side, i.e. the incumbent Syedna Mufaddal Saifuddin, who has consistently been declining to appear in court. Few say that it is beyond his dignity to appear in court, but history has it otherwise. The 51st Dai, Late Syedna Taher Saifuddin Saheb, the grandfather of the defendant, had himself appeared in court when his succession was challenged.

Two doctors, who were treating the late 52nd Dai, Syedna Dr. Mohammad Burhanuddin at London’s Cromwell Hospital – Dr. Omar Malik and Dr. John Costello had submitted affidavits of evidence to the Bombay High Court as the defendant’s witnesses. These two doctors had attended the Syedna Dr. Mohammad Burhanuddin in June 2011 that was the month in which the “nass” was said to have been conferred on the incumbent Syedna Mufaddal Saifuddin.

The cross-questioning of Dr. Omar Malik took place at an earlier date. Mr. Anand Desai, the plaintiff’s counsel cross-questioned Dr Omar Malik. Following is the summary of his statements: