RIP | Puneet Sahalot - a radiant entrepreneur who's promising journey was cut short, too early, too young...

RIP | Puneet Sahalot - a radiant entrepreneur who's promising journey was cut short, too early, too young... 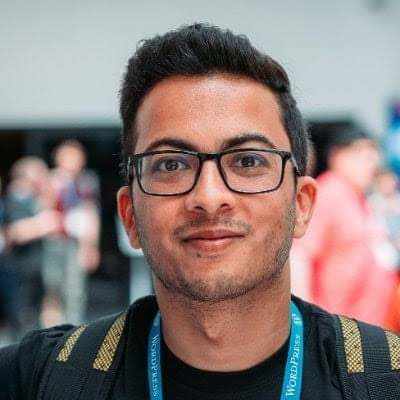 A freak car accident at the Udaipur-Ahmedabad Highway (NH8) that occured on 12 April 2021, took a toll on one of Udaipur's most promising young entrepreneurs, Puneet Sahalot. Puneet succumbed to his injuries within a few hours of the accident.

A graduate in Electronics and Communication Engineering, Puneet was a coding freak since his early childhood and would play with C/C++. This passion led him to discover WordPress, which he mastered and which evetually became his step ladder to success.

Zaheer Abbas and Puneet Sahalot founded Udaipur Times with almost no investment and working from their home. Puneet at that time was pursuing his engineering from CTAE and loved web designing. He was introduced to Wordpress by Zaheer and then Puneet self-learnt it until he became a master of WordPress and was even called a legend of WordPress development. Puneet setup the first platform for UdaipurTimes on WordPress theme Themes, which continued till 2011. Subsequent to this, the platform was changed to Genesis by Vajrasar in 2011. The technology platform changed from blog to publishing in 2019.

Looking back at the past is always fun! Looking at the present, makes me feel proud. Words always fail to describe how life has changed with WordPress. I am proud to say that it has not only impacted only my life, but it’s my team’s, my client’s and lives of many people around me. From being an Engineering Graduate to being a freelancer and now an agency owner, it’s been a roller coaster ride - Puneet Sahalot

His passion for technology was with him since his early schooling days. He built his first "Hello World" program in 'C' at the age of 10. His interest in coding continued and he moved on to C++ and then HTML/CSS. When he passed out of school, he had already built a complex SI Unit Convertor, with over 5000 lines of code, using C++.

Puneet's first encounter with WordPress happened with UdaipurTimes, when he, guided by Zaheer Abbas built the first prototype of UdaipurTimes blog on WordPress.

Wordpress and Puneet never parted ways after that, and after Puneet gradauted he moved from being a free lancer to establishing his own agency, IdeaBox in 2012. With an initial investment of less than Rs 1,00,000, IdeaBox has grown from a 1 one man show to an institution. Puneet was the first graduate from Udaipur to speak at the WordPress WordCamp at Jabalpur in 2011.

Puneet is survived by his parents and younger sister.

We at UdaipurTimes and on behalf of Udaipur, pay homage to a charming young gentleman with a heart of gold and a passion to excel. RIP Puneet Sahalot.