The Asarva-Udaipur Railway Extension would be advantageous in several ways: Increase in tourism, merchants of Mewar will get more facilities

Asarva-Udaipur train will start from 31 October, 2022 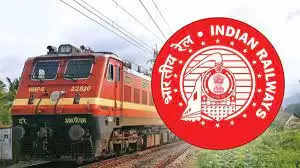 After a wait of more than 15 years, the Udaipur- Asarwa Broadgauge train service will begin on 31 October. The Asarwa-Udaipur train will depart from Ahmedabad's Asarwa (Shahi Bagh Ahmedabad) railway station on October 31 after being flagged off by Prime Minister Narendra Modi and Railway Minister Ashwini Vaishnav. Railway Officials reported that they will receive the order to operate the train on October 31 as the completion of the gauge conversion between Udaipur and Ahmedabad had already been completed. As official sources confirm, the train from Udaipur to Asarwa will also leave at 6:18pm on 31 October.

Reports from the Indian Railways indicate that the train (20963/64) between Udaipur to Ahmedabad (Asarwa - Shahibaug) will begin from Udaipur at 05:30am and reach Asarwa at 10:30am. This same train will depart from Ahmedabad at 02:30pm and reach Udaipur at 08:00pm. The train will consist of 22 bogeys, of which 4 will be general comparments, 8 Sleeper Coaches, 5 Third AC, 2 Second AC and 1 First AC. Two additional bogeys will also be attached.

Preparations to this extent are in process and Gulabchand Kataria, Udaipur MLA and leader of the opposition in the Rajasthan Assembly and CP Joshi, Chittorgarh MP, were updated on this plan this by the Railway Minister Ashwini Vaishnav. After speaking with the Prime Minister Narendra Modi, Railway Minister Vaishnav set the official opening of the train on October 31 at 6.30pm. On July 19, 2022, a proposal for rail service up to the Udaipur-Himmatnagar-Asarwa section was sent. One of the two trains is Jaipur-Asarwa, due to which Jaipur will also have direct rail connectivity with Gujarat. Till now the train is operating between Dungarpur-Asarwa; it was started on 15 January, 2022.

The broadguage service between Jaipur - Udaipur - Asarwa will play a significant role in enhancing tourism and commerce between Rajasthan and Gujarat. The Udaipur Chamber of Commerce and Industry (UCCI) has welcomed this decision, in an official note.