Udaipur has been an agricultural economy since its inception in 15th century. For atleast 400 years it has remained the same. Industrial development in Udaipur started only in 1960 where 15 industries were registered.
By UdaipurTimes Team Sat, 5 Dec 2020 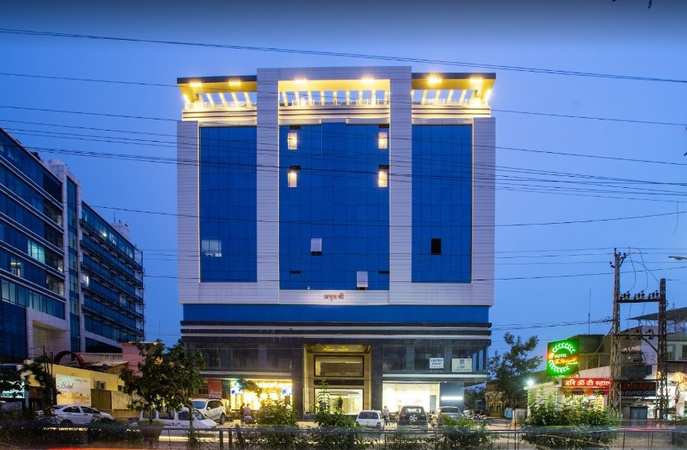 Moving to the nearest metro for better academic opportunities and job prospectus is now seeing a reversal in its role. Tier 2 and Tier 3 cities in India are now witness to economic boom and transition in their original form of economy. With rapid urbanization and decentralized approach, Indian cities are at the receiving end of foreign investments and economic reforms.

While for a large part of last century, India’s economic magnets were limited to major cities like Mumbai, Delhi, Kolkata & Chennai. But with liberalization and 74th Constitution amendment act, it opened the flood gates for the smaller cities to grow and become economic centers within their cluster and regions. Hyderbad, Bengaluru, Pune, Surat, Jaipur, Kochi, Ahmedabad, Indore, Lucknow are a few notable examples of the same phenomena.

Udaipur has been an agricultural economy since its inception in 15th century. For atleast 400 years it has remained the same. Industrial development in Udaipur started only in 1960 where 15 industries were registered. Since then, Udaipur has become a hub for mine & mineral industries, chemicals and pharmaceuticals and food products followed the suit. Soap stone, Cement, Marble, Zinc, Asbestos are the major commodities that have boosted the economic profile of the city. Udaipur, being the divisions headquarter, has earned a spot for major commercial centre. Handicrafts, Tourism and allied service industry has substantially grown over the years. The economic base has been diversified with the strong presence of local livelihood, real estate, agro and textile industries.

Most of the historic core of the city has a strong economic profile. The bazaars of the old city are the spatial manifestation of local retail and wholesale economy. The presence of heritage and cultural quarters within the old city has facilitated tourism industry to bloom in its lap. The manufacturing markets and trade markets are in conjunction to each other. Jewellery, clothes, shoes, utensils, utility, handicrafts etc. are the major commodities of the old core which also facilitates tourist circuits. This is because of the inherent urban form of the old city.

‘Neeche dukaan- upar makaan’ typology of housing and commerce intermingled with vernacular architecture is a classic example of mixed land use. Chowks, Ghats, Mohallas and Galis have a strong sense of economic and livelihood practice of the community residing in and around them. Maldas sehri is famous for sarees and clothes while the ground floors of houses in Jhadio ki Ol still hovers jewellery crafting and cleaning activities. Informal vending and markets not just adds to local economy but also evokes sense of space and local culture, facilitate local livelihoods and plurality in urban spaces. 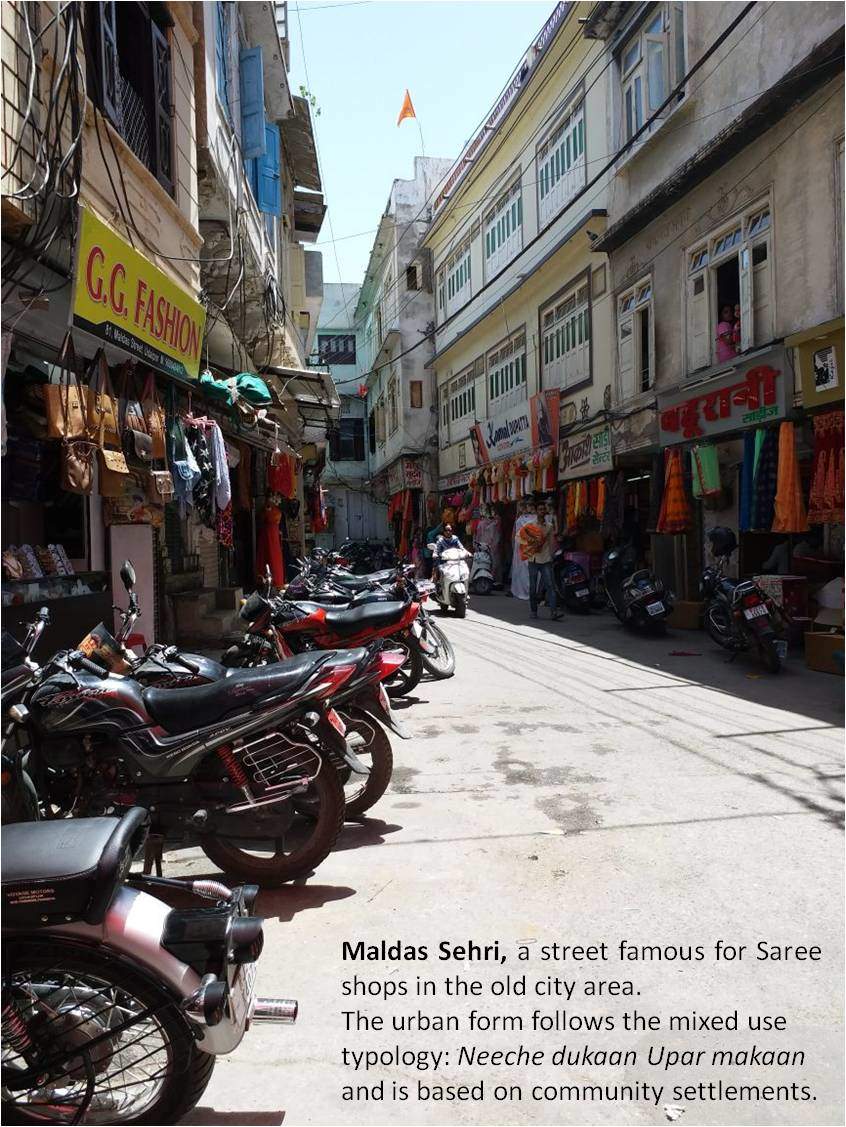 This typology of urban form starts to fade in and near Bapu bazaar which has become a major commercial center in the city. Multistorey commercial urban form with wider road and avenues can be seen along the major arteries of the city. With the advent of mall culture and neo consumerism, the star class facility and amenities have been developed in the city and its periphery. Real estate has become one of the major investments, giving rise to the speculative economy in the city. Surajpol, Ashok Nagar, Chetak circle, Bapu bazaar are some the key areas where the newer forms of arcades, commercial centres, hotels, restaurants have flourished in. The mega housing projects, gated townships, urban plazas, 5 star billed resorts and recreational properties have engulfed the peri urban areas. Here the urban form and architecture itself is a commodity to capitalize upon. 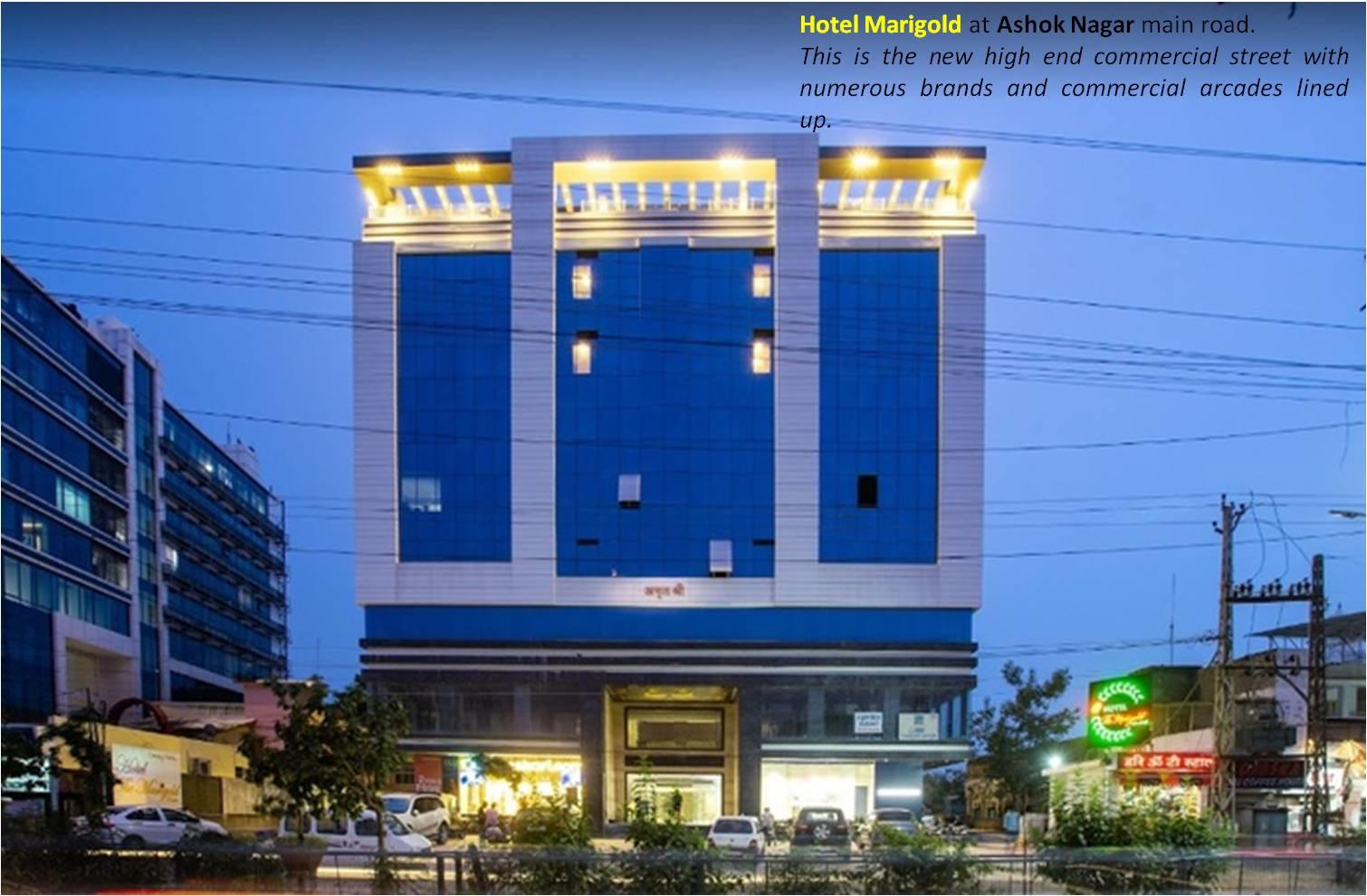 Most of the industrial set up in Udaipur can be seen on its periphery. A strong network of arterial roads and highways has helped and paved an easy way for these areas to flourish. These areas have become hotspots of investment. Many of these areas lie outside the municipal limit but fall under planning zone; thus making them lucrative to urbanize. Pratap nagar and Bhuwana are the classic example of the same phenomena. Both these areas have become a threshold of new settlements and existing industries and transportation corridor.

Zoning and land use change has helped in conversion of many old houses into commercial art galleries, cafes, hotels in the walled city area. The idea is to cater to the needs of tourism and cash on economy it brings with it. The proposed sub centre in Savina, Urban square in Sukher, industrial clusters in Madari, Kaladwas, Gudli, mines and mineral industries in Sukher and Bhuwana have attracted developers and citizens equally. Gentrification within these zones and areas is a common sight. The shift in economy has resulted in transformation of morphology in these areas where plotted colonies, apartments, commercial complexes lined up along the main roads. The agrarian communities that lived in a cultivated array of vernacular housing and organic morphology have now shifted to module based housing and cut throat plans.

The old city has a thriving economic core but its focus is now shifted onto tourist related activities. The spatial conditions within these areas remain polarized. While major infrastructure and public utilities have been planned for the fringes and industrial corridors, there is a lack of vision for established markets and economic zones in the city. 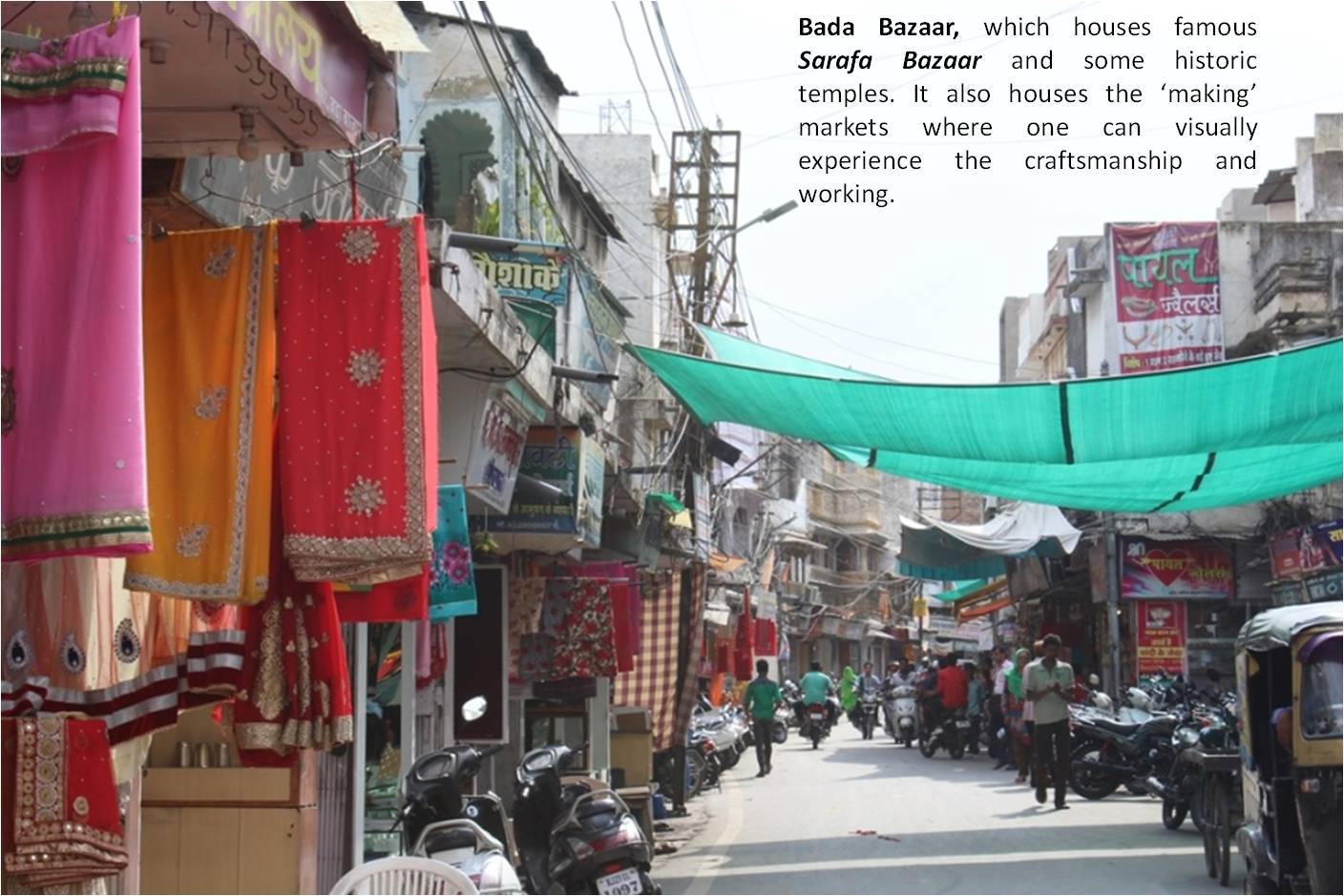 Gentrification is a major issue which has left the living heritage of old core to crumble and transform. The historic core is overburdened with tourism and allied services; crumbling the heritage and socio-cultural community based morphology. The unregulated development in the fringes near newer economic zones has resulted in fragmented growth and planning of these areas. The disparity in urban form is sore to eyesight within these areas.

With Delhi-Mumbai Industrial Corridor (DMIC) and projects under Smart city mission, AMRUT and other national policies, the city is going to witness economic boom. We need an integrated area based development plans that cater to spatial, social, cultural and economic growth. We need guidelines based upon the regeneration of local livelihoods, arts and crafts that are not just aided by tourism but also from the local stakeholders. An integrated vending and hawking policy to help informal vendors and spatialize their livelihood needs to be structured. It is the authorities that need to re-structure and re-plan the imaginaries of the city, people and its economics as it would then shape the urban form and social structure of the Udaipur; either holistic or fragmented.

Trained as an Architect (Honors in B. arch, Gold medallist; JNVU) and an Urban designer (kRVIA), Daksh Jain is a resident of Udaipur. His interests traverse in the domain of Urban planning, Urban design, Heritage conservation, Development finance and Policy framework. His works in academia follows the lines of Sociology, Ecology, Economics, Cultural studies, Informality and inclusive public oriented designs.
Currently, he is working as an independent researcher on the topic- City life, Culture and Consumption – Emerging urban phenomena.

He is also the recipient of Bhamashah Award for excellence in Academics by Eternal Mewar,Maharana Mewar Foundation in 2019.