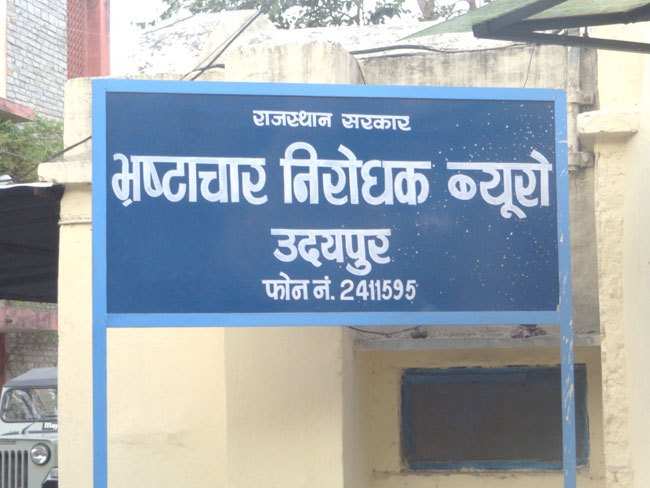 ACB got the information through undisclosed sources that Kumudani Cheveria, Asst. Director of Local Fund Audit Deptt allegedly recovers a certain amount which is meant for the subordinates for performing the audits.

Acting on the information, ACB team inspected the facility and found Rs. 75,000 from the packet kept in a room adjacent to Cheveria’s chamber and Rs. 2,000 from her possession.

Later ACB team led by Rajeev Joshi, DYSP also inspected her house near MB Nagar, Pratap Nagar where they found a few documents of property and a car which was subsequently seized by ACB team.

According to Prasan Khamesra, ADSP, ACB, “Typically, the audit routine is given to various accountants at divisional and district level. At the end of the each month a meeting is usually called to discuss the status of the audits. For the same audits, accountants are provided with funds (stipend money) by the State Government.”

“We were informed that, the assistant director allegedly took of those funds (stipend money), which should legally be with the accountants who conduct the audit”, he added.

For now, ACB team has seized the related money and documents, and is investigating the case to justify the allegations. No case has yet been registered against the Assistant Director.

As we are writing this news, ACB team led by DySP Rajiv Joshi, along with Akhtar Khan and Himmat Singh, are present at Cheveria’s house. Till now FDs worth Rs. 23.5 Lac, documents of 8 plots and a locker at Mewar Anchlik Gramin Bank have been seized.