Lack of maintenance and apathy of those in-charge has reduced the Nehru Garden to a has been... but for how long

Nehru Garden is still keeping its hope alive for a revival, as tourist continue to return in dismay from this Jewel in Udaipur's Crown

Nehru Garden is still keeping its hope alive for a revival, as tourist continue  to return in dismay from this Jewel in Udaipur's Crown

Lack of maintenance and apathy of those in-charge has reduced this island garden to a has been... but for how long? 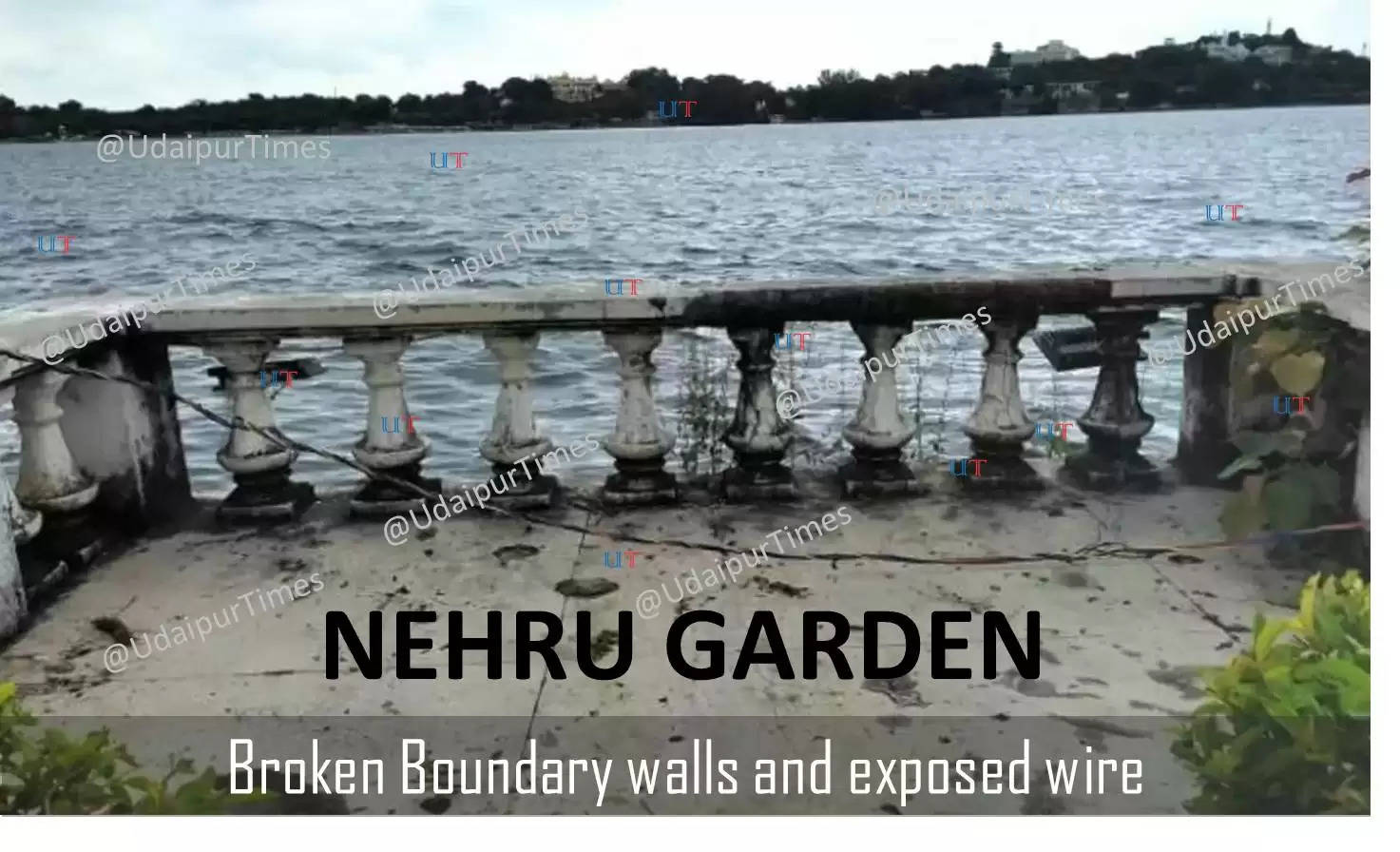 The Nehru Garden, located in the middle of Lake Fatehsagar in Udaipur was a prized tourist spot for the locals and tourists alike.  There was a time when the maximum crowd was seen at the kiosk that housed the ticket section for jetties to take you to the island garden. Plush with exquisite flora and soft grass filled grounds were a pleasure to visit.  The island garden also housed a unique restaurant that is connected to the garden through a casting platform. 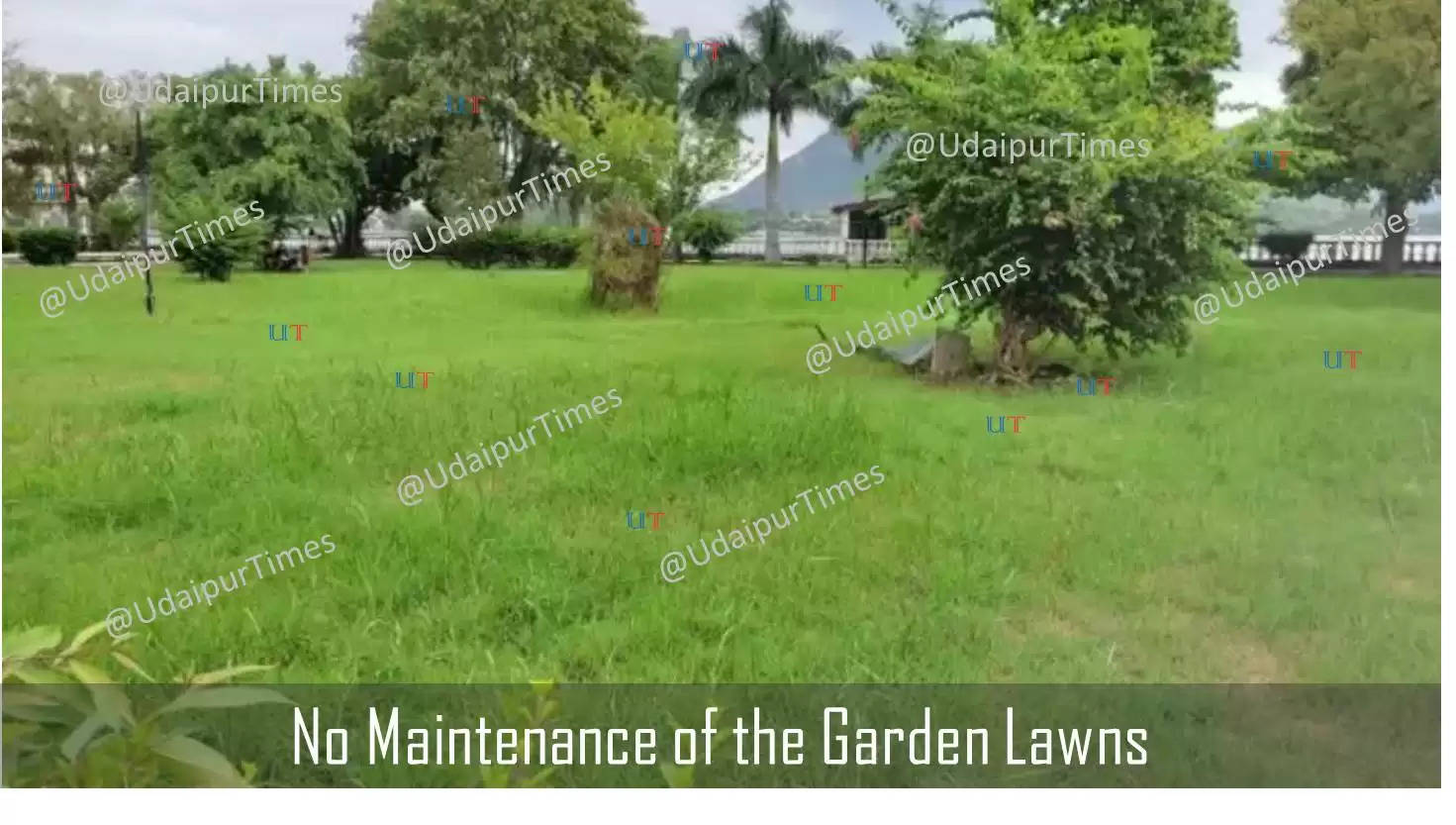 Most of the of the above  descriptions do not hold true now, as the island has been all but orphaned.  The Nehru Garden, which was initially under the responsibility of the Udaipur Municipal Corporation (UMC) of Udaipur,  is now under the charge of the Urban Improvement Trust (UIT), Udaipur. This handover took place almost two years ago, when the maintenance ownership changed hands in February 2021. 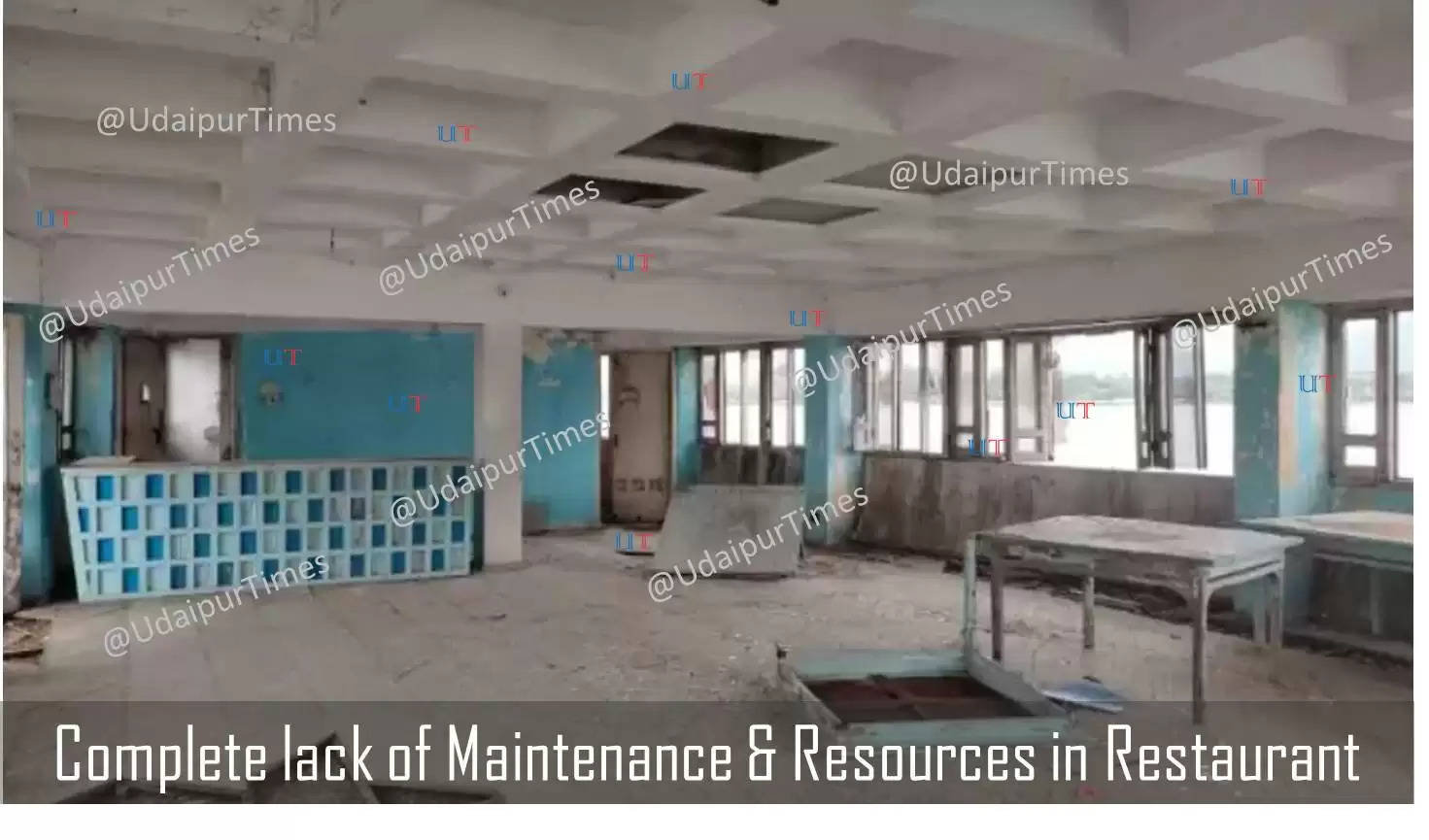 Despite there being an optimism that the island garden will get its due under its new owner, things seem to be on a stand still. Udaipur Times had brought this to the notice of the Chairman of the UIT in August 2022, and he confirmed that with the alloted funds, Nehru Garden will return to its old avataar and much more. Nehru Garden today is among those tourist destinations and public spots that are still in dire need of maintenance and beautification.  The preparations and make shift beautification happening in Udaipur for the G20 Sherpa Summit Meeting in Udaipur held some hope for Nehru Garden, but nothing seems to have happened till date. 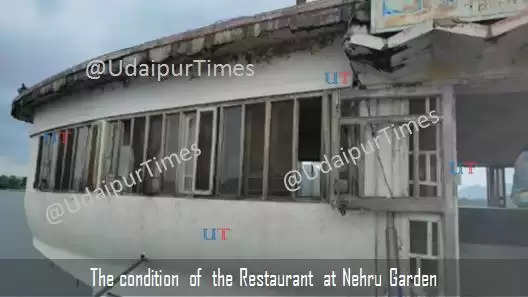 After the COVID Lockdown, there has been an exponential increase in tourism in Udaipur. With both domestic and foreign tourists returning to Udaipur, it is disheartening to see that places like Nehru Garden, Dudh Talai and many others are seeking a maintenance and beautification overhaul.  One of the most preserved tourist destinations in Udaipur, the Nehru Garden is now in terrible shape and is not recommended for visitors.

Despite being in the midst of a lake, there is absolutely no water to drink inside the garden. The garden's walls are crumbling, and the fountain has been shut off for a considerable amount of time. The inside of the food court, which is built like a boat, is completely damaged, and the bridge leading there is in such poor condition that it may collapse at any time. There are no restrooms available in the garden either. 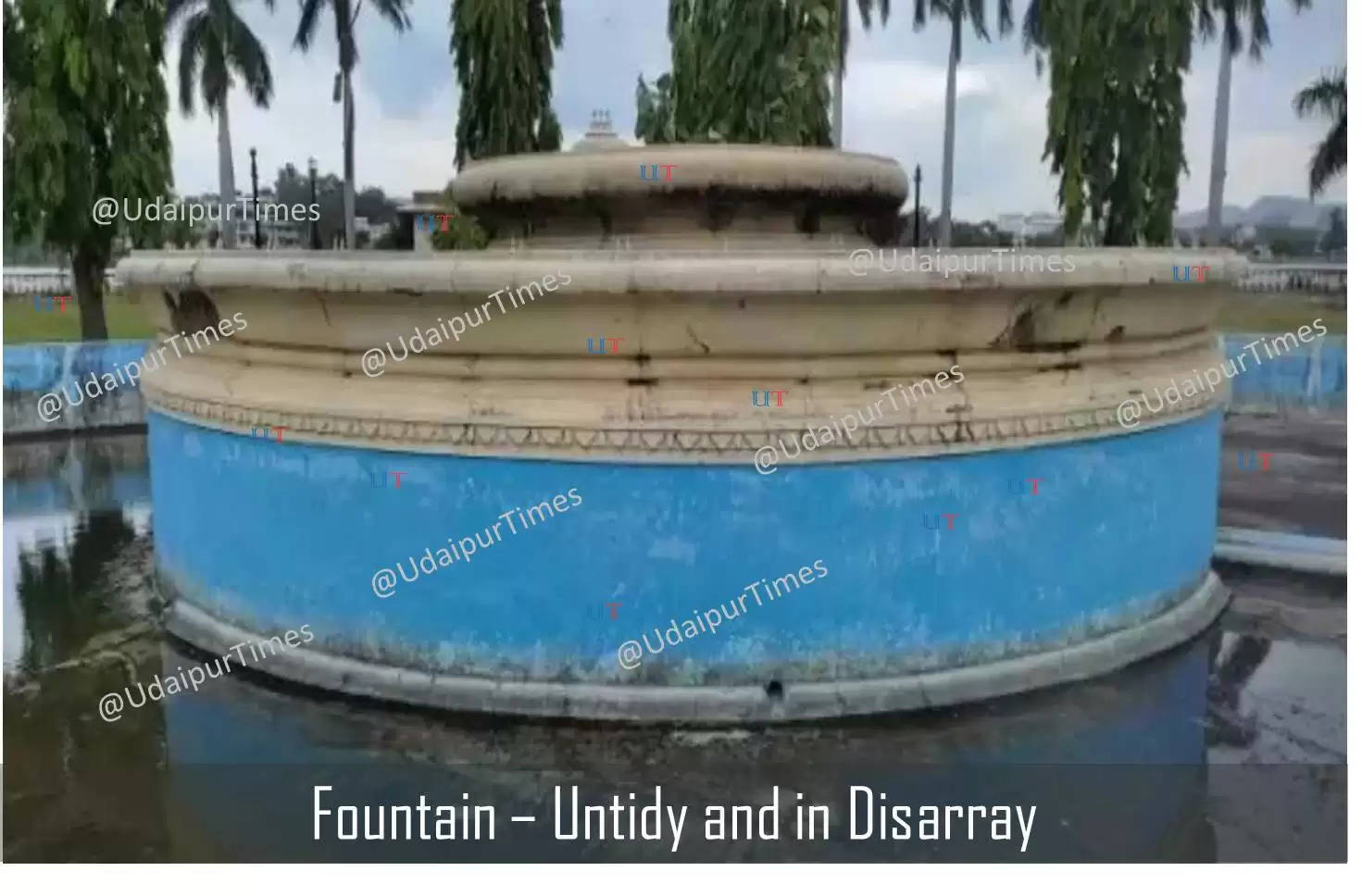 This 4.5 acre section of island was constructed in honor of the first Prime Minister of India, Jawaharlal Nehru and inaugurated on November 14, 1967. Nehru Garden used to be a lovely garden with many flowering plants. The District Collector Tarachand Meena, in one of his recent public statements, had mentioned that the Rs 5.96 Crore budget given by the Rajasthan government will be used to preserve the gardens as well as remodel the entire garden, build an open theatre, and traditional platforms will be constructed like Shilpgram and Lok Kala Mandal. 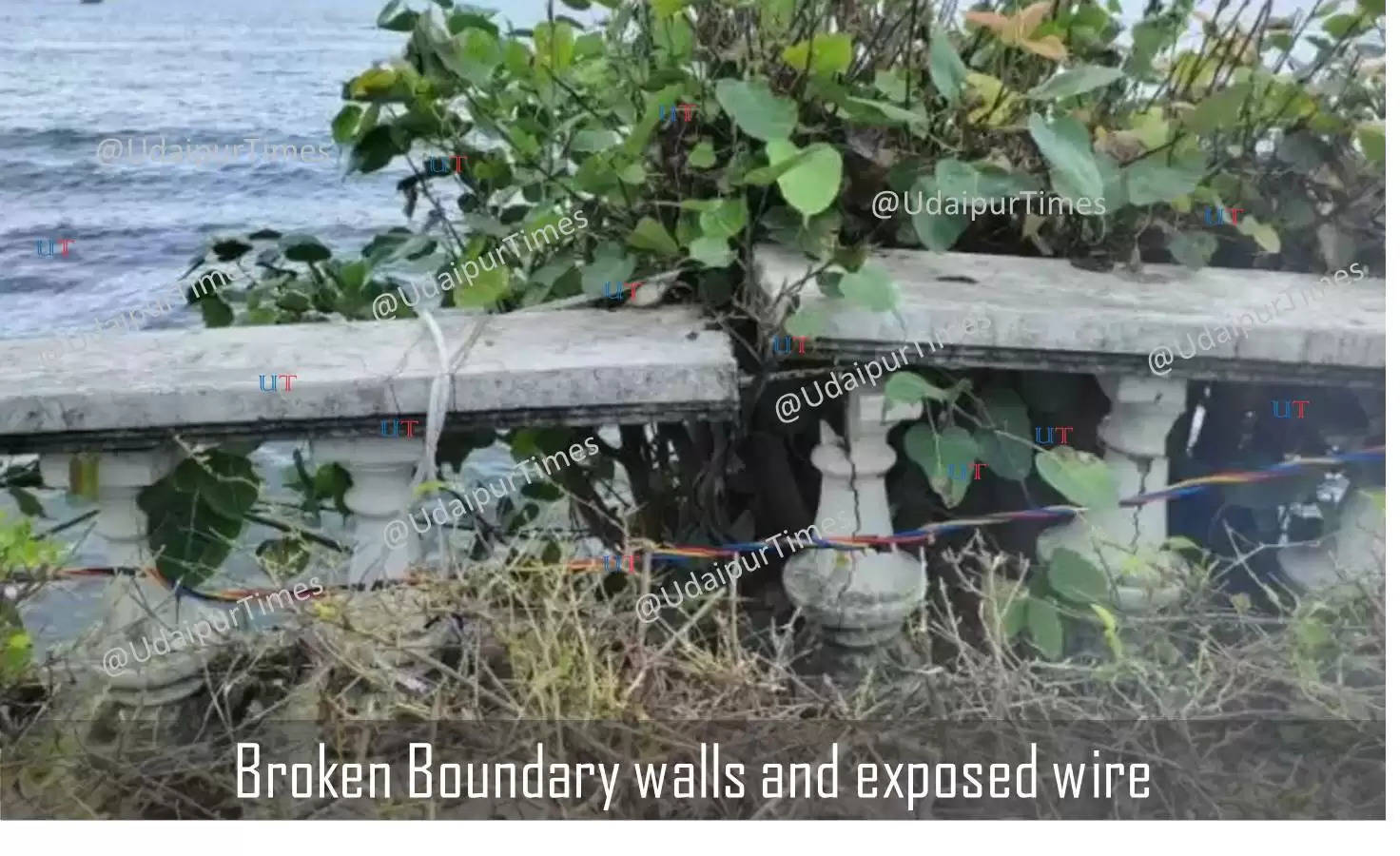 The city has been under development in preparation for the G-20 Sherpa next month. The city's bright side is seen from clear eyes, but the city's dark side is alsonot hidden.Roads are seeking an overhaul, gardens are unkempt and lakes are dirty.  We still hope that these spots, specially the Nehru Garden, will return to their orginal glory. 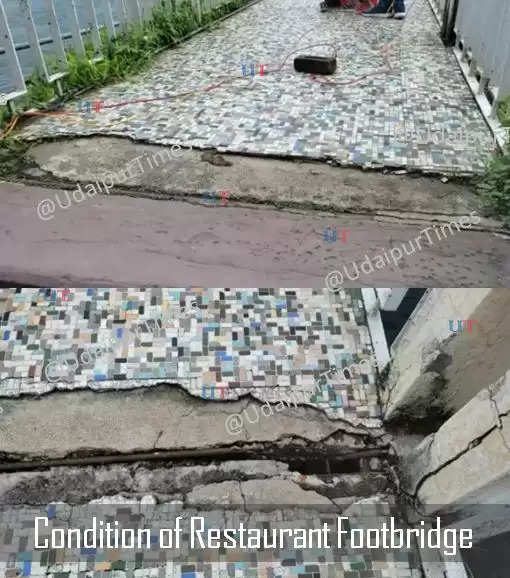