Many important decisions in the meeting of District Road Safety Committee were taken by the District Collector, Tarachand Meena 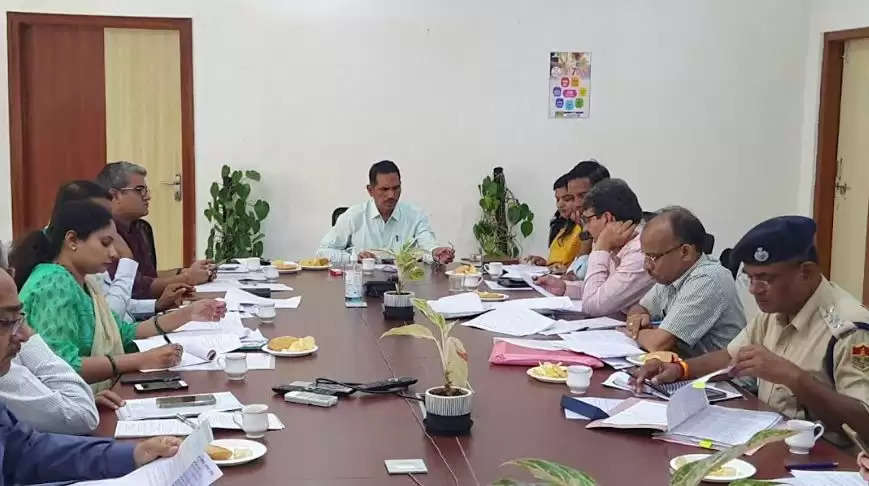 A meeting of the District Road Safety Committee under the chair of District Collector Tarachand Meena was held on October 28. The Collector gave a directive at the meeting that the work on the smart city and several improvements in the city should be finished quickly before the commencement of the scheduled G-20 conference next month.

Subseqent to assessing the condition of the city, District Collector Tarachand Meena made several implementation suggestions in the meeting for the G-20 Agenda meet, which will take place in Udaipur in November. During the meeting, several ideas were considered, including how to effectively adopt green mobility, improve roads, and avoid holding events at Fatehsagar Lake.

Mending potholes, standardising speed limit, sign boards, lanes, etc were proposed by him.  The Collector also ordered that the Mukhyamantri Chiranjeevi Jeevan Raksha Yojana should be promoted widely. Discussion topics included the construction of the flyover from Surajpol to BN College, proper development of the Surajpole crossroads, problems with Mewar Motors Street, and other projects. Along with this, advancements should be made in several locations, such as the roads from Sector 14 Chungi Naka to Swarna Jayanti Park and Pannadhay Island (Goverdhan Sagar Lake road). Information about starting a 12 way traffic user survey under the proposed Grain Mobility Zone program for Wall City by the Municipal Corporation was also given in the meeting. The Collector said that soon there are plans to run more than 100 e-rickshaws.

In the meeting, the district collector made it plain that no programme should be held in the vicinity of Fatehsagar Lake, and even that it should not be permitted. He demanded for Rani Road as an alternative. In addition, he requested that the Badi Lake be made more attractive and that work be done at the Savina Market. No vehicle zone will be there on Saturday and Sunday at Fatehsagar lake.