Three Police Officers, who were among the many pulled up for negligence during the murder of Kanhaiya Lal in Udaipur have been reinstated vide a Home Ministry order on Tuesday 7 November 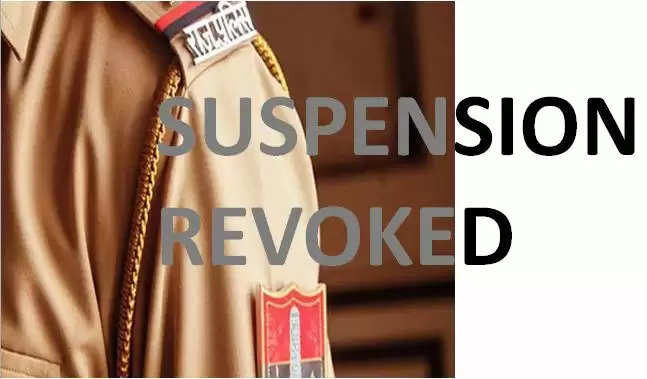 The suspension of three police officers among the many suspended, transferred or taken off active duty following the negligence backlash post the Kanhaiya Lal murder has been revoked on 1 November.  The then IG Police was also one of the top brass in the department who was transferred under the same circumstances.

The suspension, which was effected to facilitate enquiry on negligence resulting in the murder of Kanhaiya Lal was in effect for nearly three months.As per the order, the regularisation of the suspension period of the above mentioned Police officers will be done once the department enquiry reaches conclusion.

RPS Ashok Meena (then ASP, Udaipur), RPS Jarnail Singh and RPS Jitendra Anchaliya (then DSP, Udaipur) are among the three police officers who were reinstated following orders issued by the Department of Personnel of the Rajasthan Government on 1 November. The three are eager to get back to their assigned place of posting. The RPS list of the Rajasthan Police department as of 1 November, however shows them under suspension PHQ, Jaipur. The place of posting will be given following which the status will be updated.