Sanjeev who is a big name in food industry of the country and also famous of his cookery shows on TV officially launched the restaurant The Yellow Chilli by Sanjeev Kapoor in Udaipur at UIT circle on Monday, which is the first in the state.

Ask celebrity chef Sanjeev Kapoor what his new restaurant The Yellow Chilli will serve to the people of Udaipur and his reply will be Hospitality and Innovation in taste.

Sanjeev who is a big name in food industry of the country and also famous of his cookery shows on TV officially launched the restaurant  The Yellow Chilli by Sanjeev Kapoor in Udaipur at UIT circle on Monday, which is the first in the state. Lakshyaraj Singh Mewar was also present on the occasion as a special guest. 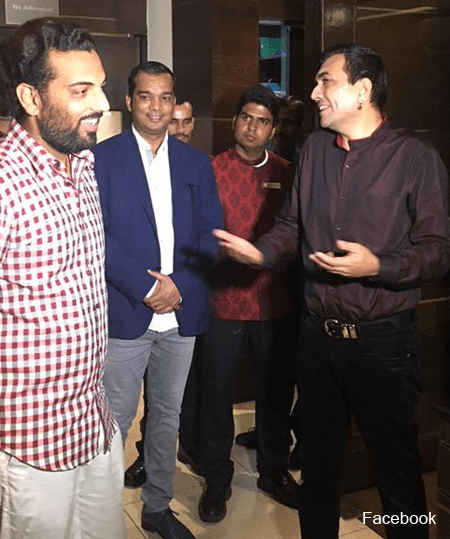 “Here we serve the people with best quality food and good taste. Our major emphasis will always be including the local taste of dishes in our menu so that we can develop a relation with the city and its people”, said Sanjeev during the press conference.

Kapoor while talking to the media said that the reason behind starting the first restaurant at Udaipur instead of Jaipur is that it is more beautiful and having favorable conditions for the success of the restaurant as the movement of tourists is more.

The Yellow Chilli aims at making waves in the restaurant industry in India and aboard. With 54 outlets under different brands, SKRPL is carrying forward the dream of Master Chef Sanjeev Kapoor of providing good food at affordable prices in every corner and nook of the country.

The initiative of bringing the brand and taste of Sanjeev Kapoor for the city people was taken by 5 friends including Uday Chatterjee, Akhlaq Ahmed and Siddarth Dashora who came together in 2014, focusing on promoting food and beverages in the city and already owns the outlets like Chocolate room and Khati Junction.

The Yellow Chilli that debuted in the state with its first restaurant in Udaipur is a 96 cover restaurant with an impressive banquet space that accommodates up to 75 guests at a time. 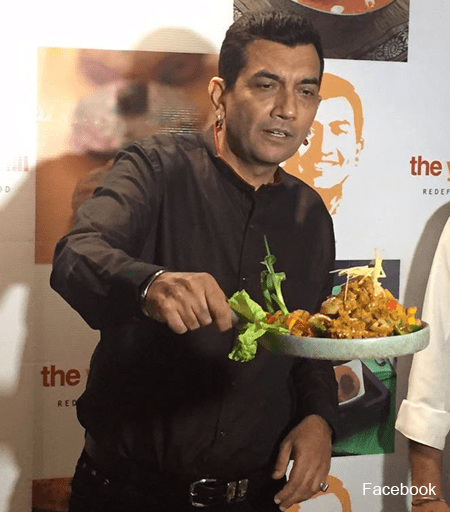 While talking about its menu Sanjeev added that it is drawn from the north western frontier area with exotic picks from the Mughal era and specific regions of Punjab. It also includes some of his signature dishes like Peru Pyala( Guava Juice, lemon juice with a hint of mint syrup), Lalla Mussa Dal ( Black lentil in signature style) and Shyam Savera (Spanish Koftas filled with creamed cottage cheese and served floating on a velvety tomato butter gravy) and many other attractions like Gulab-e-Gulkand (soft condensed milk ball stuffed with candy rose petals) – new avatar of traditional Gulab jamun.

On a lighter note when Sanjeev Kapoor was asked about the food trends among the political leaders of the country, he suggested that they must opt fasting for some time as over eating can cause harm to their health.