A 5 day police custody remand has been ordered by the Udaipur District Court in the Oda rail bridge blast case - Act of Terrorism ruled out! 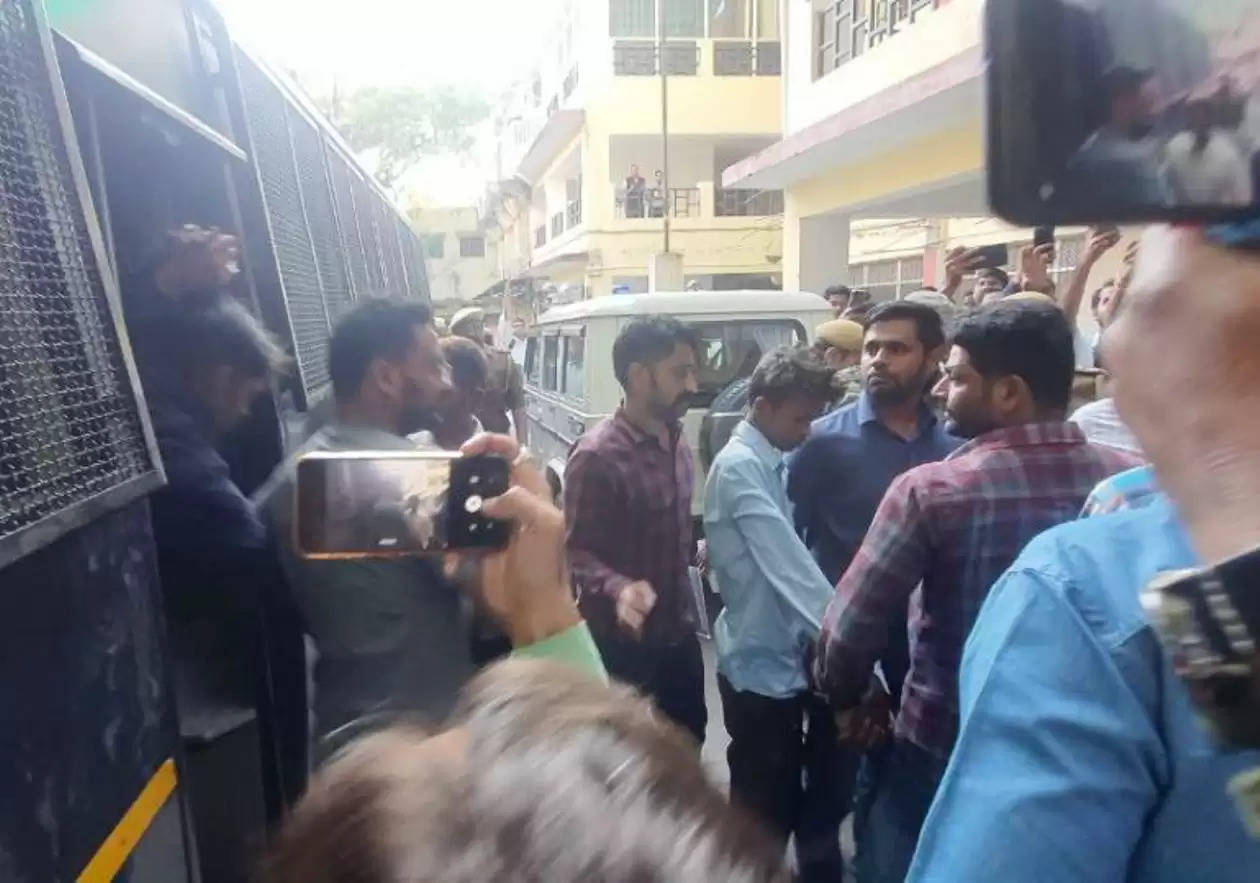 The two arrested accused in the Oda Track Blast case in Udaipur were produced in court by the joint ATS-SOG team on 18 November.  The court ordered a 5-day police custody remand.

Both the accused, of whom Dhul Chand Meena who is said to be the main conspirator, were brought to the court premises amid tight security, under the supervision of Additional SP of ATS, Anant Kumar. The Emergency Response Force of ATS was also present during the trial.

Advocate Rajnish Kumar, who has being  appointed the counsel for the accused, said that the Investigating officer of the case ATS ASP Anant Kumar has demanded 7 days remand from the court for further investigation of the matter. However, the Court, after considering his demand, has approved 5 days remand for the accused.

Kumar further added that during the trail, the accused Dhul Chand’s behavior indicated that he was mentally unstable and seemed to be under depression.  Accordingly, he will taken through medical examination and then both the accused will be produced in the court after 5 days once their remand period will get over.

Both the accused, Dhul Chand Meena and his associate Prakash Meena were arrested by the team of ATS and SOG on Thursday, 17 November, five days after the incident.

During the initial investigation, it was assumed that the  matter was believed to be an Act of Terrorism or committed by some terror group. However,  once the investigations entered the penultimate stage, if was found to be an outcome of aggression over a prolonged issue of the accused Dhul Chand with the Railway Department and Hindustan Zinc related to the acquisition  of land.

SP Udaipur, Vikash Sharma said that the police is now interrogating Suhalka further about his role in the incidengt and also questioning wether he has sold explosives to others as well.