Police announces  a cash reward of Rs.25000 each on the two absconding masterminds 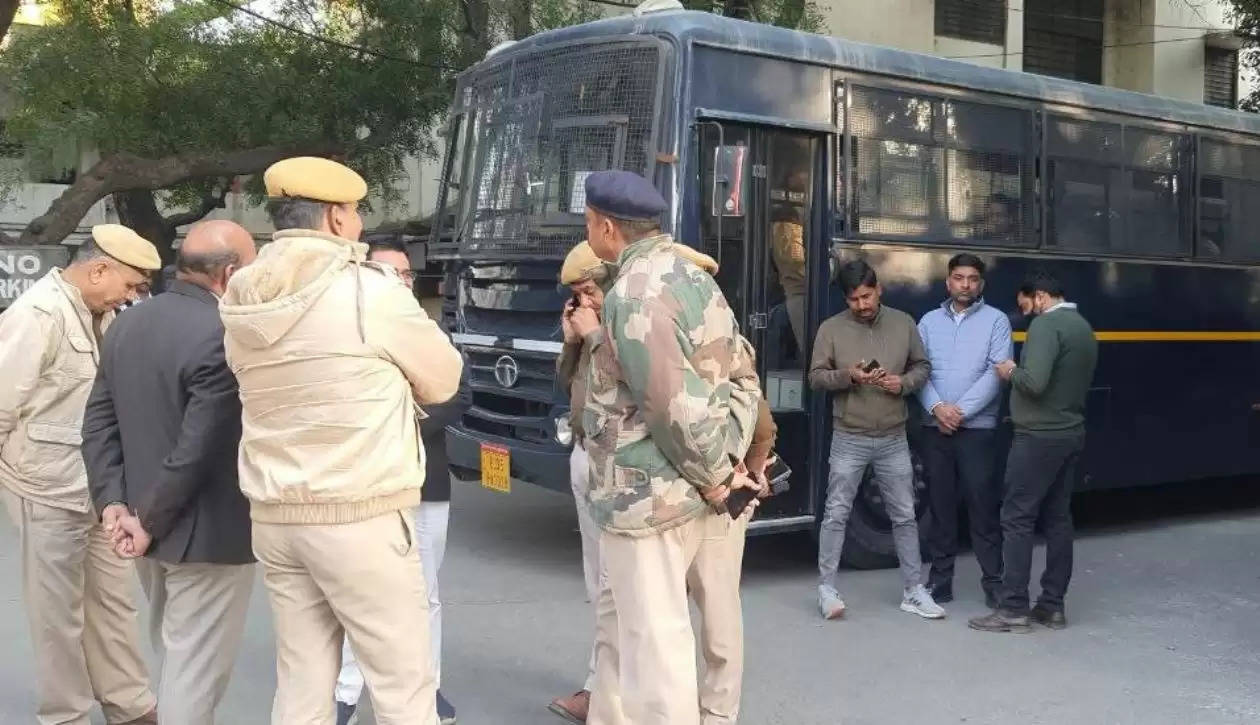 Udaipur- The Police custody remand of three of the 41 accused of the second grade teacher recruitment examination paper leak case were has been extended while 38 others were remanded to judicial custody by the court on Tuesday.

The accused were produced in the Udaipur by the investigation Officer Additional Sp Majeet Singh.All the accused were taken to the court in a bus amid tight security.

Singh demanded PC remand for 3 accused in-front of the court upon which by accepting his demand the PC remand of the three of them has been extended while the remaining accused were sent to jail.

Apart from that 16 people out the total 57 that were arrested by the police in connection with the   paper leak case were already sent to jail by the court earlier.

Police will now interrogate the trio further about the nexus of the paper leak gang and also about the other people involved in it.

The police is also in a lookout for the two of the masterminds of the racket Suresh Dhaka and Bhupendra Saran while one of the three identified as Suresh Vishnoi has been already arrested.

Police can also arrest the relatives of the accused for having their links with the masterminds and also for arranging the papers through them. The wife and the girlfriend of the mastermind Bhupendra Saran has already being arrested from their residents at Jaipur and a huge number of fake mark sheets were also seized from them.

Notably which is said to be one of the biggest catch in the paper leak case the Udaipur police on 24th December arrested 44 people from a bus roaming at Bakriya police station circle while they were busy solving the question paper of the second grade teacher recruitment examination held in Udaipur. The number of the accused reached to 49 by the evening including the one of the mastermind Suresh Vishnoi.

As per reports as many as 237 people were being arrested so far in Rajasthan in connection with paper leak cases in last 2 years.

All the accused were booked under various sections of IPC and Rajasthan Public Examination (Prevention of Unfair Means) Act. Under this act if the accused will be found guilty than they could sentence to jail from 10 or have to pay a penalty of Rs. 10 crores.