Strict action will be taken against the coaching institutes for misleading the students by showing false or fake advertisements or performances... 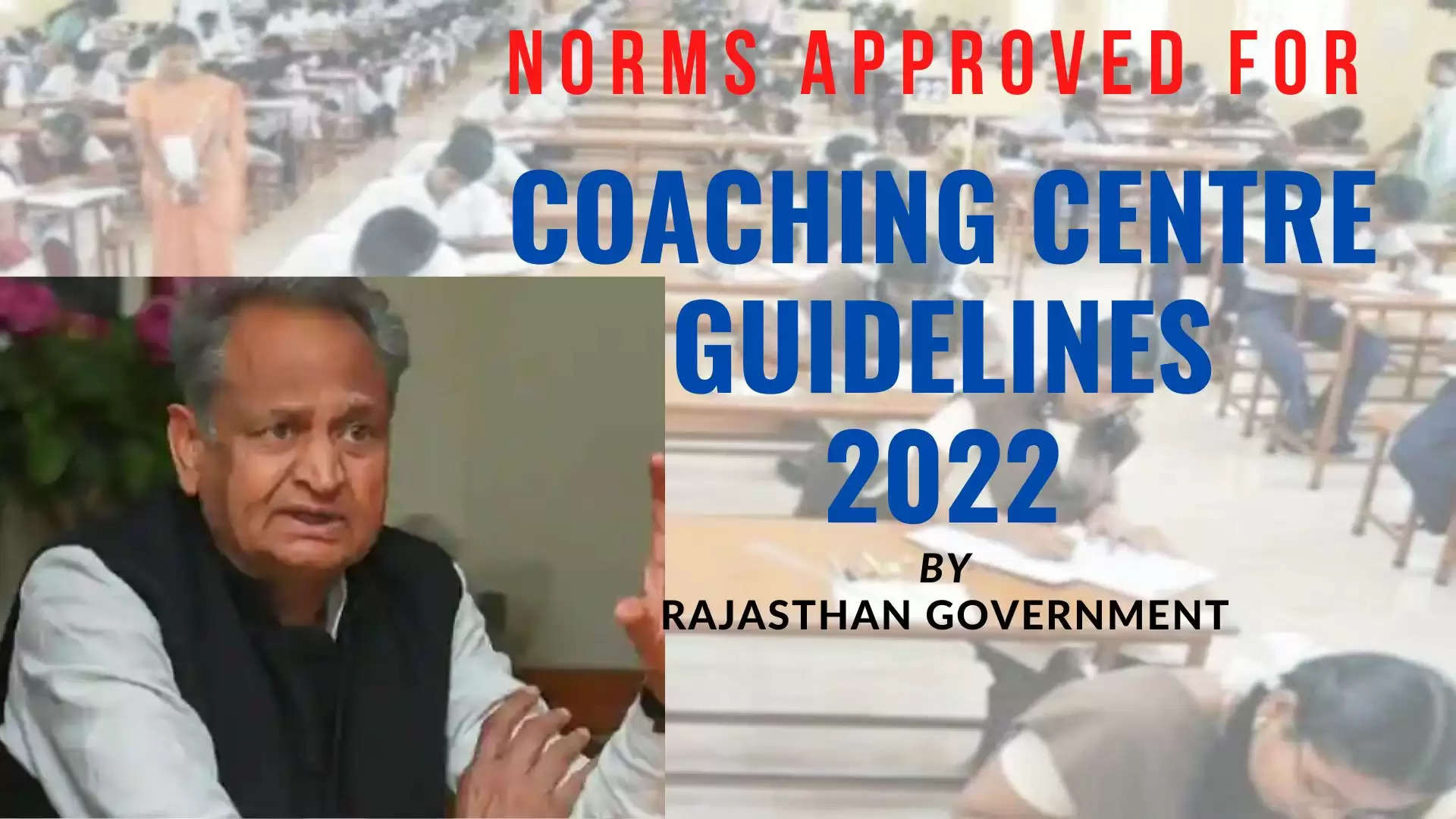 The Rajasthan governement has issued a new set of guielines to reign in the growing menace of coaching institutes claiming achievements that are either false or exaggerated. As per the guidelines, strict action will be taken against those coaching institutes who resort to misleading advertisements.

"Due to  the nature of competition and academic pressure across the country, students are under undue stress. Many students have also committed suicide in the last few years. In order to create a healthy coaching environment and solve these issues to an extent from the students' perspective, the Rajasthan government has prepared the Coaching Guideline 2022. A major portion of these guidelines will include correction and optimisation of the academic ecosystem in the state as well as work towards improving the mental condition of the students. Any coaching institute observed to be operating in abeyance of the guidelines will be dealt with strictly" - Ashok Gehlot, Chief Minister of Rajasthan.

A District Level Coaching Institute Monitoring Committee will also be formed in 33 districts of the state, as a part of the new guidelines, which will include the Additional District Collectors as well as officers from the Education and Police Department. In these District level committees, representatives of coaching institutes, NGOs, psychologists and motivational speakers will also be included.

What are the Guidelines:

Notably, the coaching industry of Kota, which has been in place for decades,caters to wannabe Engineers and Doctors from across the country. These norms will help these students, not just from Rajasthan, but from across the country to a large extent. Following the trail of Kota, coaching institutes both big and small have sprouted in almost every city and town of Rajasthan and this was a much needed regulation, which will not ensure that there is fair play with the future of students,both in academic and counseling terms.