Our Future at Stake! College Students in anguish over Unsystematic Exam Procedures

A group of students of the Bachelor of Management Science (BMS) course at a well-known local college have expressed anguish and helplessness over the manner external examinations are conducted by the local University. 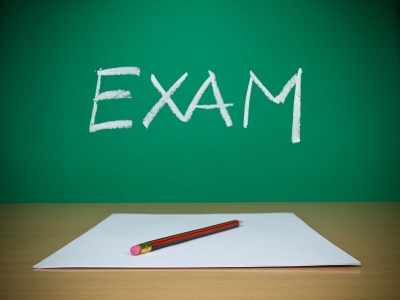 A group of students of the Bachelor of Management Studies (BMS) course at a well-known local college have expressed anguish and helplessness over the manner external examinations are conducted by the local University.

On being unable to give their examination paper today, the students expressed their anger in the form of a detailed letter, which they have shared with the local media.

According to a detailed note made available to the Press by the students, it was apparent that there has been utter mismanagement and irresponsibility on the part of the University, Exam Centre and College administration, on the way exams are to be conducted.

The students, in their letter disclosed that during their first semester, which was over a year ago, the external examination pattern was changed and the students were informed.  However, when the actual exam was taken, the old pattern was followed.  The students, having no option but to appear, wrote the paper.  On expressing their anguish, the College blamed the University and they were asked by the College administration to write to the University.  Having done this, the examination was conducted all over again, resulting in redundant paper work, waste of resources and causing mental trauma to the students.

In the second semester the blunder on this occasion was committed by the examination center, which had no idea on the number of students appearing for the examination scheduled on that day, resulting in there being lesser number of Question papers than students.  This was the same set of students who had faced troubles related to exam pattern in the first semester.

Going by the letter available with the Press, the same set of students faced a similar dilemma in their third semester, where the examination pattern changed without the students being informed in advance.  Where the students had prepared for Objective Pattern, they were instead given a Subjective Pattern.

This becoming a routine problem over the last three semesters, the students were in for a shock, when today they had to appear for their Compulsory English Paper, but when they went to the examination center, they were told that no examination is scheduled for the day.  On speaking to their College, theywere told that the College had already sent a schedule to the University and were directed to speak to the Vice Chancellor of the University.  The University on their part denied receiving any examination schedule from the College.  As a result, today’s examination has been postponed.  The students have specifically said that they had received text messages informing them about today’s examination and the allotted center.

Our team at UT, committed to provide news after speaking to all parties involved, called the College concerned, but the authorities refused to comment on the issue and expressed unawareness on the matter.