Radhika Merchant, 24, is the daughter of Viren Merchant, the CEO of Encore Healthcare, and Shaila Merchant 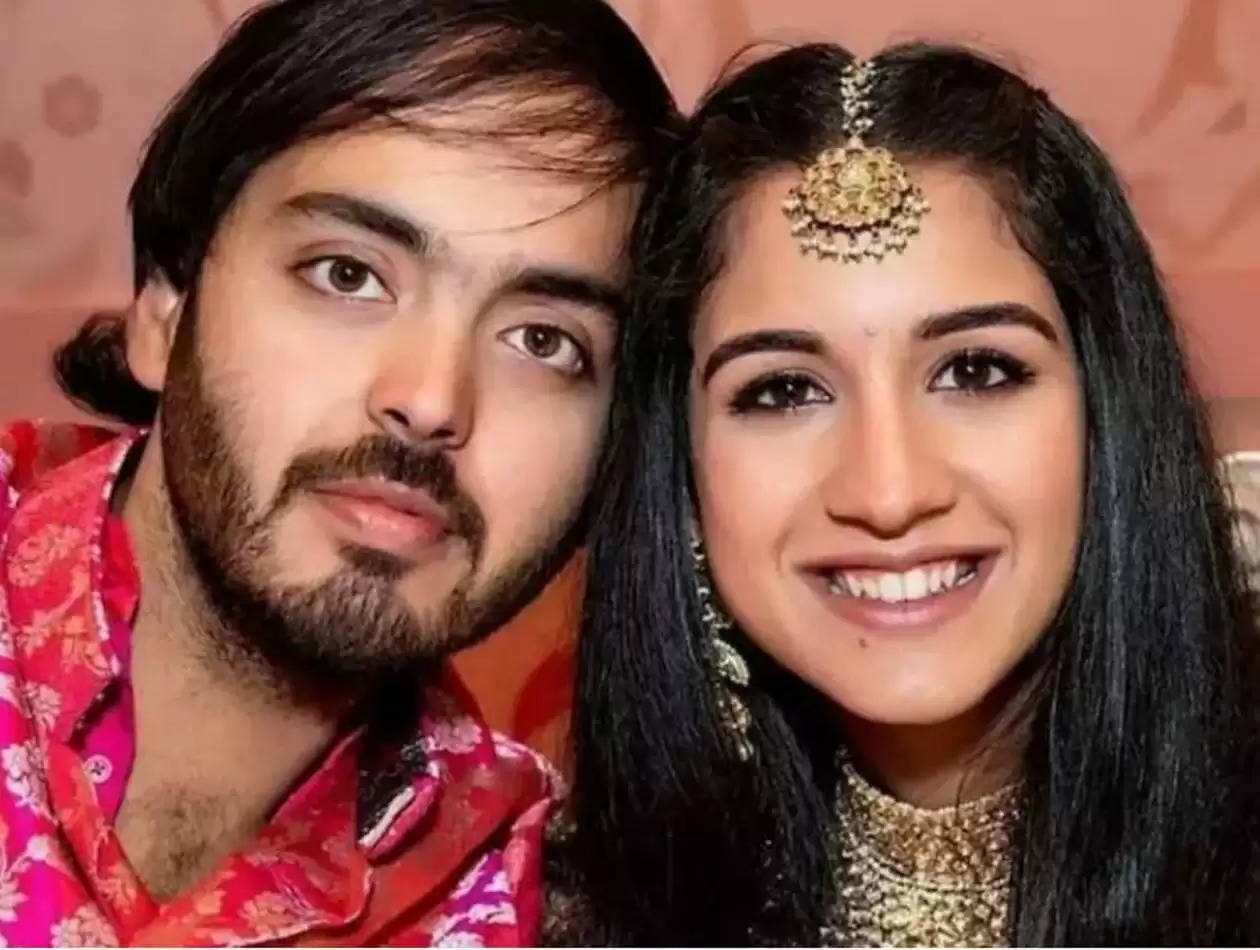 Anant Ambani had engagement with Radhika Merchant today 29 December, 2022 in Lord Srinathji's Darbar at Nathdwara, Rajasthan. It is undoubtedly a joyous occasion for the Ambanis. The pair was spotted together on multiple occasions, and all eyes were on them when Anant's siblings, Akash and Isha got married to Shloka Mehta and Anand Piramal, respectively.

Radhika and Anant were childhood friends, and various rumours surfaced in 2019 regarding Anant and Radhika becoming engaged. However, no one from the Ambani family has verified the claim.

Anant and Radhika posted this sweet photo of them smiling at one other while wearing identical green robes in 2018. Many social media users wished the new couple well after seeing the snapshot.

Orhan Awataramani, Radhika Merchant's best friend, posted a gorgeous photo of Anant and Radhika on his Instagram account and congratulated them. He even used a ring emoji to signify the couple's engagement. The Ambani family's youngest son has been seen with Radhika on several occasions, including celebrations at the Ambanis.

Radhika Merchant, 24, is the daughter of Viren Merchant, the CEO of Encore Healthcare, and Shaila Merchant. Anjali Merchant is her younger sister. Radhika attended the Cathedral and John Connon School in Mumbai, as well as Ecole Mondiale World School, before going on to study politics and economics at New York University. Radhika returned to India after graduation and began working as a sales professional in a real estate business.

Radhika is also a classically trained dancer. She studied Bharatnatyam for over 8 years at Shree Nibha Arts under Guru Bhavana Thakar. Radhika's 'arangetram,' or ceremonial ascension to the stage ceremony, was really organised by her future in-laws. She will be the Ambani clan's second Bharatnatyam practitioner, following Nita Ambani.