Case registered against King Sena for blocking the highway

Case registered against King Sena for blocking the highway

During the demonstration, the highway was shut down for around 10 minutes 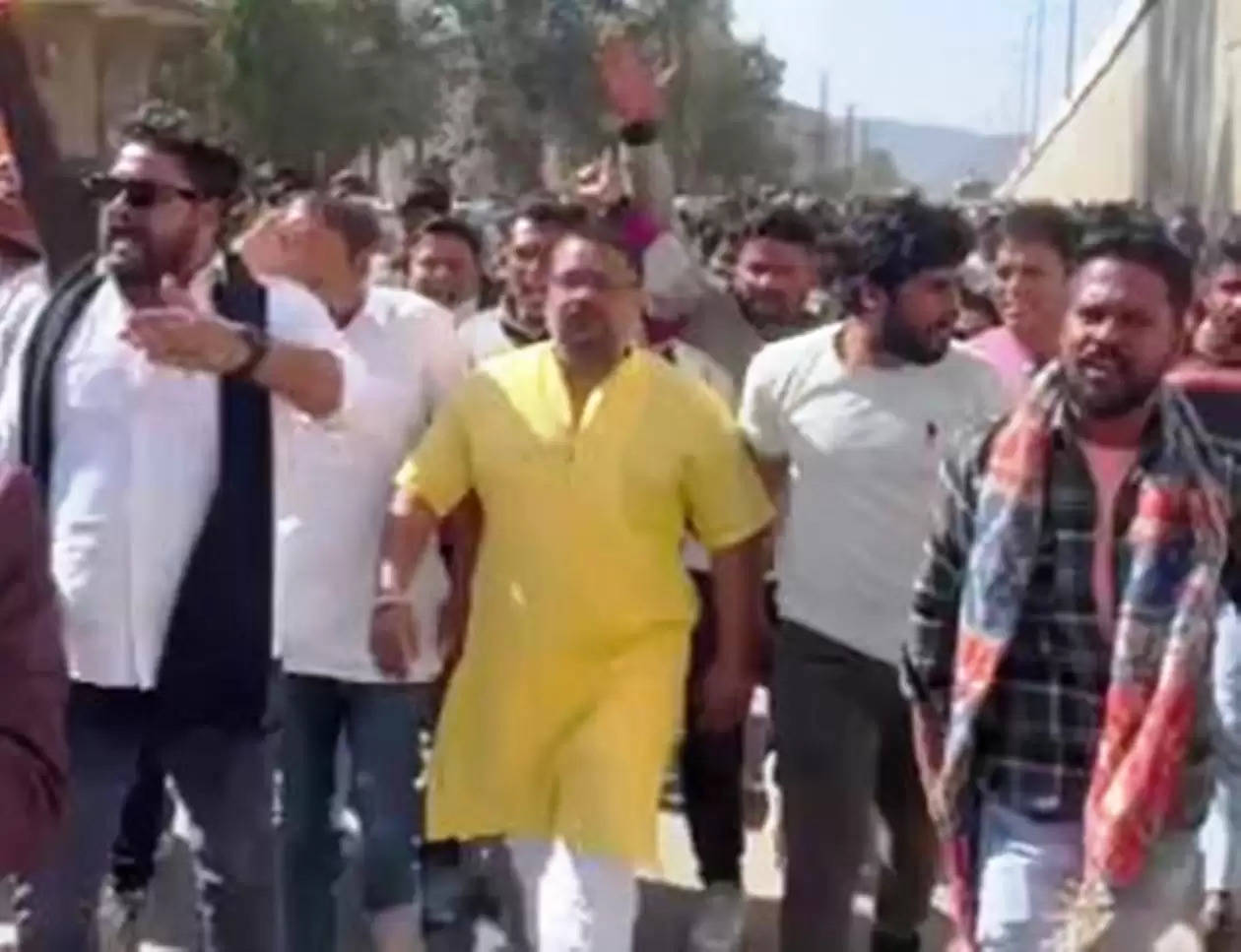 Gagan Singh Rao, the creator of the King Sena Mathrubhumi Dharma Sangh, and other individuals have been named in a case filed by the Dabok police station of the district for obstructing the highway on January 1, 2023.

250 persons have been the subject of police cases. Most of them have filed a case against the unidentified party. Using pictures and recordings, the police are currently attempting to identify the suspect.

According to Chailsingh Chauhan, a police official at the Dabok Police Station, the complaint was filed late on Thursday night at the direction of senior police officers. The roadway was stopped by hundreds of people on January 12 in the afternoon under the flag of King Sena for around ten minutes, according to station officer Chailsingh. The people and the drivers who were traveling on the highway were greatly disturbed by this. Only at King Sena's Gagan Singh's request did his workers block the road on both sides.

In order to get water from the Mahi Dam and Mansi Wakal to the Mewar farms, the King Sena Mathrubhumi Dharma Sangh and hundreds of peasants staged a protest yesterday at Dabok Square. During the demonstration, the highway was shut down for around 10 minutes.