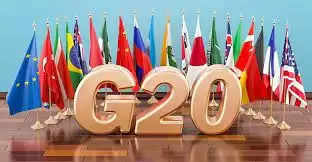 On behalf of the Indian Ministry of Tourism, a meeting of Udaipur city's tourism stakeholders was conducted on Tuesday, 22 November, 2022 to discuss the next G-20 summit, which will take place in the city from December 5 to 7. Preparations are being made in Rajasthan's Udaipur for the first G20 Sherpa summit, including painting walls to represent Indian culture and decorating cultural sites with lights.

Anil Ora, regional director of the north zone of the tourism department in New Delhi, stated at the conference that Mewar has inherited hospitality, gorgeous hills, and natural lakes. In the following days, Rajasthan's catchphrases Khamma Ghani and Padharon Mhare Desh must be turned into reality in front of the G-20 participants traveling from all over the world. “It is a matter of pride for India to host the G-20 summit, and the largest pride is that this meeting is being hosted in Mewar, thus our duty becomes even more.” - Vice Chancellor of Rajasthan University Prof. S.S. Sarangdevot.

The Ministry of Tourism, Government of India, addressed the personnel and other staff members of Maharana Pratap Airport situated in Dabok, Udaipur on crucial themes linked to the event as part of this mega level G-20 Sherpa summit. Food and other supplies will be handled with extra care for visitors coming from outside. Road maintenance and repair projects are now in full swing. A number of departments are working to ensure that lakes are cleaned and historical places are maintained properly. All preparations will be completed by 30 November, 2022 says District Collector, Tarachand Meena.

“ Udaipur will set a unique example in front of the country and the world by extending Mewari hospitality.” - District Collector, Tarachand Meena.

Cultural performances are reportedly staged in Udaipur at the City Palace and Jagmandir. The Delegates will get a chance to visit Shilpgram and also they will travel to Ranakpur Temple in Pali, which is one of the country's finest examples of architecture according to the sources. On 7 December, 2022 they will visit Kumbhalgarh Fort at Rajsamand district.