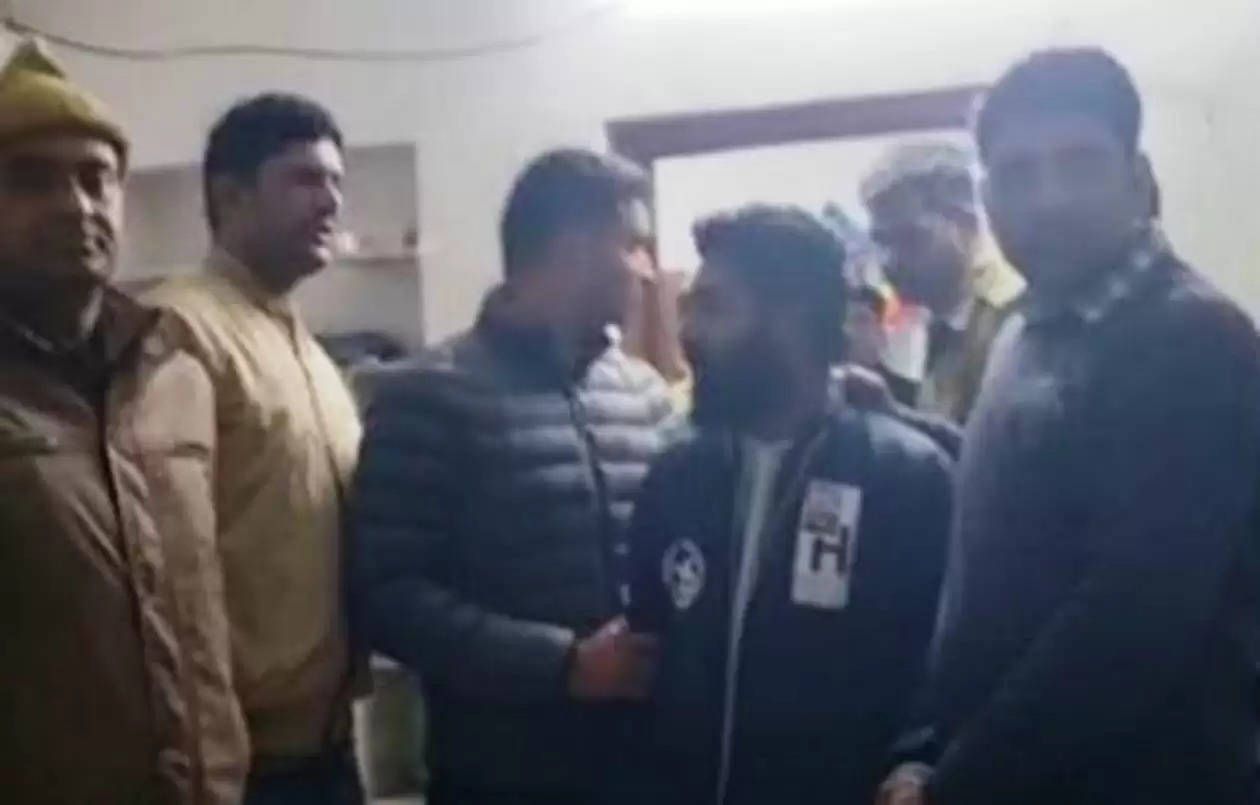 Udaipur- An online scamming racket has been busted a joint team of Savina police station and District Special Task Force on Wednesday. Fourteen people were arrested and laptops, mobile phones and a record of transitions of crores of rupees were also seized during the raid.

Acting upon the tip-off, a raid was conducted by the police team at a rented house located in a locality situated near Gupteshwar Mahadev Temple of Savina police station circle on Wednesday evening and 9 accused all ageing between 20 to 25 were nabbed, said police.

Talking about modus operandi of the racket police further said it has been operated an online Booking website named as Redi Anna, various people were speculating on the cricket match played between India and Newzeland and also on other online games including Casino.

According to the information these Books are operated from outside the country and are actively operating in various parts of the country and affecting the lives of the youths by luring them towards these life wasting games.

As per the information these franchises are being provides to the dealers allegedly from Dubai, these dealers creates different IDs and provide them to the customers who do speculation on various games and make payments or receive the rewards through the bank accounts and e- wallet apps. The operators also pay a fix monthly amount to the owners of the these accounts.

The customers will get their payment on the same day whereas the payment of the operators of the racket is made on every Monday.
The operating gangs of the online speculation racket operates 24 hours a day and this they have hired people that is working for them in different shifts and are getting salary for it.

Police by making an appeal to the people urged them to be aware of these cheating online fraud gangs targeting innocent people especially youth on the name of online games.

According to the information these gangs are making publicity of these games and scheme on telegram app these days.