For three years running, the Rajasthan government, at the behest of the Chief Minister, has stopped placing state government advertisements in Rashtradoot, which is the state's third largest daily... 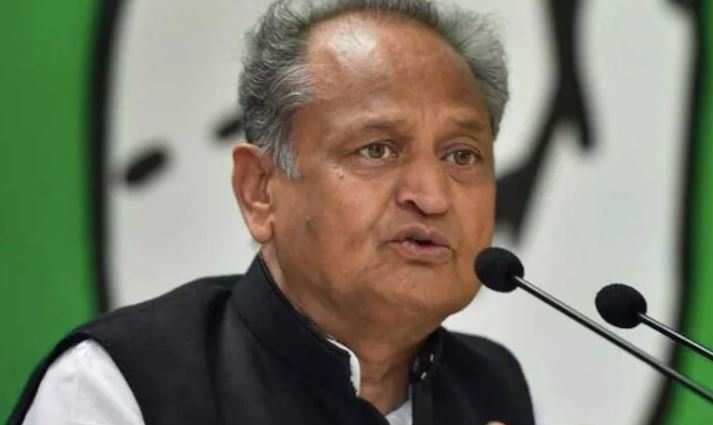 In terms of revenue, the absence of state advertisements caused it to drop to the eighth position...

According to reports in national media, Ashok Gehlot, the Chief Minister of Rajasthan was criticized by the Press Council of India (PCI) for stopping state government advertisements "Rashtradoot", which is the third largest deilay in Rajasthan. The PCI took cognizance of a statement made by Ashok Gehlot in 2019, where he said that the state government will running government advertisements in only those print publications, which promote government schemes and initiatives. Rashtradoot is the third-most widely read Hindi daily newspaper in Rajasthan, with eight editions, namely Kota, Udaipur, Ajmer, Bikaner, Churu, Hindaun, and Jharol.

Rashtradoot is a widely read newspaper of Rajasthan which is being read by people of all age groups. In a press conference in 2019, CM Ashok Gehlot declared that only newspapers that positively highlight government projects and programs and raise awareness will be allowed state advertising. In terms of revenue, the absence of state advertisements caused 'Rashtradoot' to drop to the eighth position.

The Government of Rajasthan has filed its advertisement policy with the PCI, stating that the government has not indulged in discriminatory practices and is adhering to the advertisemnt policy.

After conducting an internal enquiry, the Press Council of India considered the report and expressed its displeasure on such an action.  As per the PCI, the press has the freedom to write and make their own decisions. In general a person has the right to speak their words to the public and so does the press. True information and public interest is what draws people to the newspaper. News is a useful tool for informing people about what is occurring around them. Therefore, it is the responsibility of the press to report on what is true and false. CM Ashok Gehlot’s statements are biased as it only will highlight the positive perspective from the government side. According to sources, if such statements come to pass, it will likely have a negative impact on the financial state of some newspapers, to which the advertisements may not be released due to political considerations, and that will severely limit their ability to provide and disseminate news of public importance.

The Press Council of India (PCI) sent a notification to the state government in 2021, and as a result, Rashtradoot received state advertisements. The Model Advertisement Policy Guide, 2014 of the state government was violated, and PCI held CM Ashok Gehlot accountable for its discriminatory tactics and rejected its argument that the Council lacked authority.