Police custody of the female accused extended for two days. 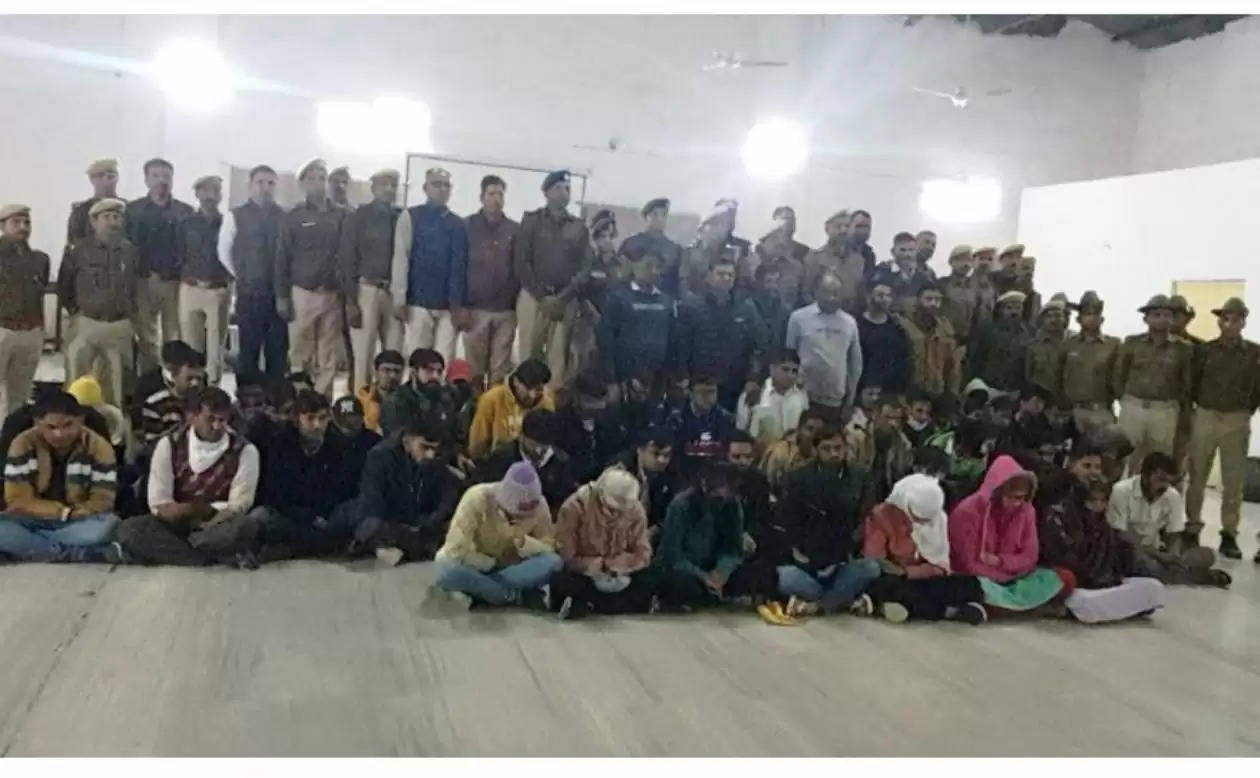 Udaipur - As the investigation of the second grade teacher recuirtment paper leak case moved further and the names of master minds Suresh Dhaka and Bhupendra Saran were revealed by the key accused Suresh Vishnoi during his interrogation at Udaipur , the other two masterminds went absconding but a joint team of Udaipur and Jaipur police working on the case allegedly nabbed the girl friend and wife of the accused Bhupendra from Jaipur on Tuesday.

As per reliable police sources one Priyanka Vishnoi a resident of Jalore who is said to be the girl friend of the absconding accused Bhupendra has been arrested by the police and now her phone calls are being verified for getting more details about the where abouts of Bhupendra.

The police team on Tuesday raided the two hide outs of the mastermind Bhupendra located at Mansarovar and Karni Vihar areas.Police have arrested Bhupendra's girl friend Priyanka from her house at Mansarovar and have also seized a large number of fake degrees of various renowned colleges and universities.Police have also arrested the wife of Bhupendra however he along with another mastermind of the racket Suresh Dhaka are still in run and police is on there look out.

While talking about the footage of the bus that came to forth a day before SP Vikas Sharma said that prima facie it is found that the bus had brought another batch of students that have solved the question paper earlier also, however the investigation is still on. He also said that during the investigation of the matter it got confirmed that the another batch had wrote the answers of other papers too than more paper will got cancelled.

On the other hand Deputy SP Chetana Bhati who is the part of the investigation team told that the female candidates that were arrested by the police on Saturday along with other accused involved in the second grade teacher recruitment examination are still under police interogation, they were produced infront of the court on Tuesday and their police custody remand have been extended for next 2 days. Bhati said that during the interrogation so far they have revealed that they do not have any direct information about such racket and have learnt about it either from their relatives and friends. Bhati further added that police will now verify their call details to break the chain further.

The accused Bhupendra Saran who hails from Jalore district of Rajasthan was an ex- employee of the railway department, but was removed from the job once he was found involved in the General Nursing and Midwifery paper leak case in 2011,he went absconding and was later arrested by the police and was lodged in jail. Later as he came out his name was once again came in light for being involved in the paper leak matter of the constable recruitment examination and since than he was on run.Asper police the accused have a multi storied house at 200 foot road of Jaipur.

SP Udaipur Vikas said that the key accused and one of the mastermind of the racket Suresh Vishnoi during the course of police questioning revealed that his associate Bhupendra use to share him the paper on whatsapp few hours before the examination, but he do not know anything from where Saran is actually getting the paper from.

Sharma said that efforts for the arrest of acccused Bhupendra Saran and Suresh Dhaka is still on and there is a possibility that names of few influential people will also get exposed.

Notably the Udaipur police have arrested 44 people including 37 students and 7 others including experts from a bus in connection with second grade teacher recruitment examination paper leak matter on Saturday morning. Later 10 more people were arrested by the police including the one of the masterminds of the racket Suresh Vishnoi with which the number of accused reached to 55.It was later found that those arrested includes government employees and MBBS student. While the mastermind Suresh Vishnoi is the Principal of the government school of Dheliya village of Jalore.