The rail track destroyed by the explosive blast on 13 November was repaired on war front by the Indian Railways team. 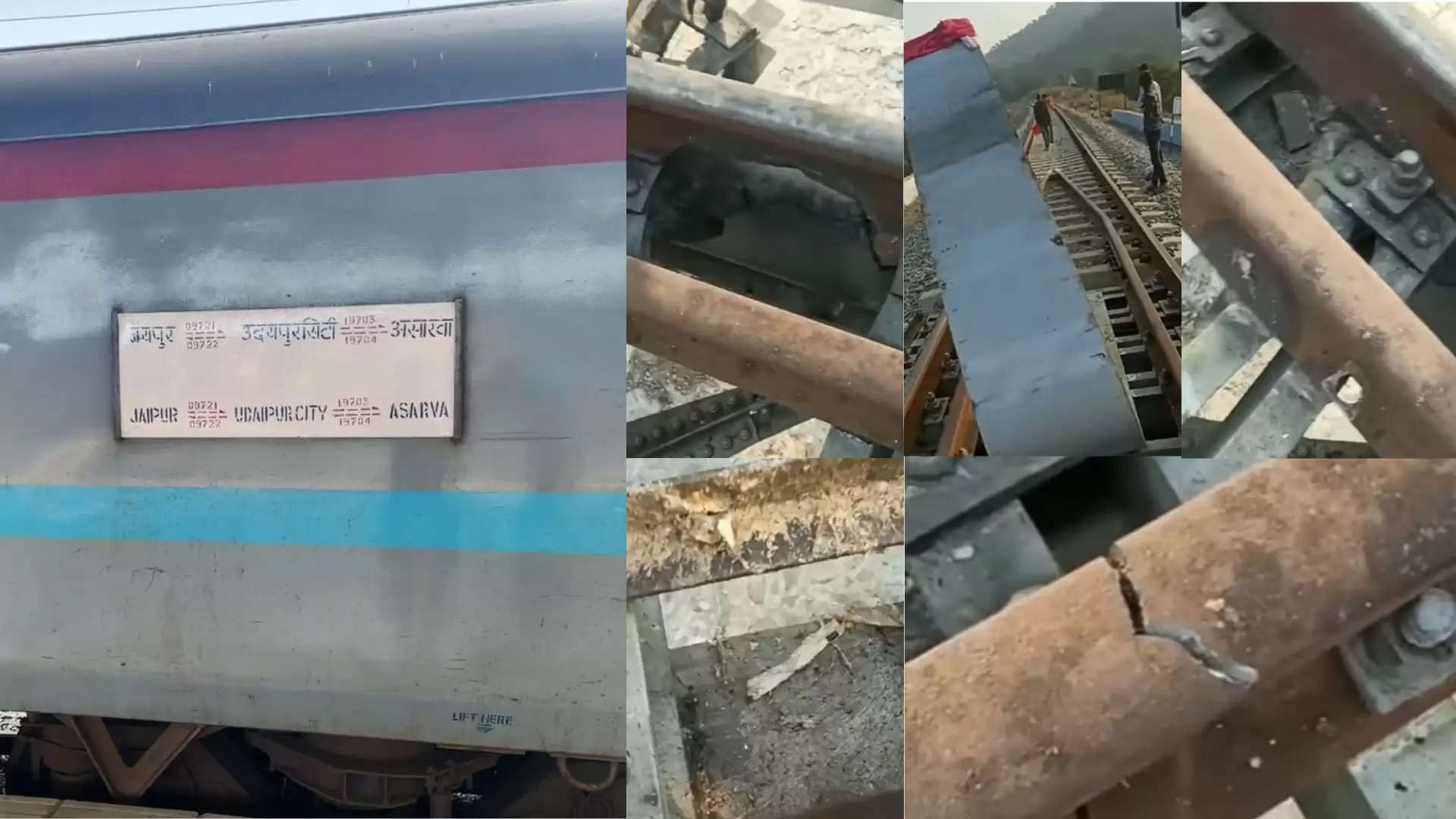 Sabotage is being investigated. Explosives identifed as those used for mining operations...

The Udaipur-Ahmedabad (Asarwa) train services have resumed from Monday, 14 November, as informed by Captain Shashi Kiran, PRO North Western Railways, Ajmer. The rail track near Kewde ki Naal, 23km from Udaipur was damaged as a result of an explosion in the early hours on 13 November. As per the PRO, the railway team has repaired the track and a trial run was done at 3:30am on 14 November, following which the fitness of the track for regular operations was affirmed. The evening train service from Udaipur will resume as usual, as confirmed by the department.

The Blast on the Udaipur - Asarwa Track

An explosion occured on the railway track near Kewre ki Naal, 23km from Udaipur in the early hours of Sunday, 13 November, just before the Udaipur-Asarwa train was going to pass across. In the wee hours, the locals heard a loud explosion on the track and rushed towards the site. They noticed that the track had developed cracks and informed the police, who in turn informed the railway authorities. The train was halted at Dungarpur, thereby averting a disaster.

SP Udaipur, Vikas Sharma said that all angles including tourist activities as well as sabotage is being taken into consideration in the investigation. The technical team of the Railways was put on war front to repair the track, which was done and the track was tested for fitness at 3am on 14 November.

On the other hand a team  of Anti Terrorist Squad (ATS) led by Additional SP Anant Kumar have launched an investigation into the matter. It has come to light through the initial FSL reports, that the explosive material was the kind used in mines. A few pieces of explosives recovered from the blast area were tested to arrive at this conclusion.

Anil Bishnoi, SHO of Zawar Mines Police station said that no injuries to anyone were seen, as the area around the track was completely uninhabited.

Union Railways Minister Ashwini Vaishnaw has expressed concern on the incident and affirmed that thorough investigation and bringing the miscreants to task will be a priority.