Cash stolen from the daan-peti of Shiv temple 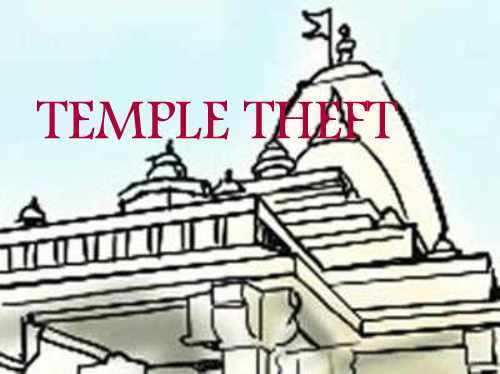 Shiv temple in Ravindra nagar was the target of thieves on Wednesday night. Thieves broke the daan-peti and took away 5000 rupees from it. They used the trident (trishool) from the statue to break open the daan-peti.

Ramnarayan who lives in front of the temple saw the lock at the main gate broken. When he went inside the temple, he discovered that money was taken away from the box and the trident was lying near the Shivling. Police was informed. The residents complained that prior to this, one more incident of theft has occurred in this temple. Police patrol for night-watch is the needed in the area.