Do not lose your hard earned money to greed. Who knows whether you will get back your money or not. 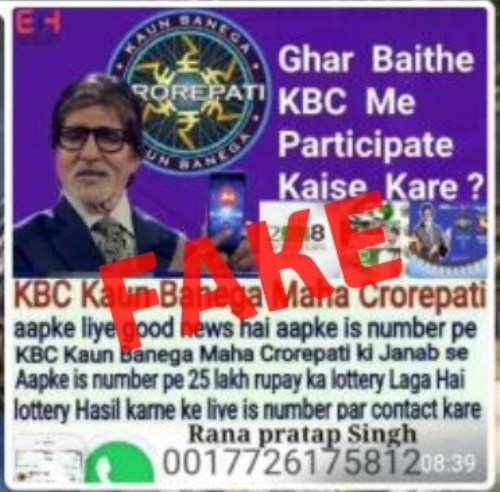 A man got duped by a fake call under the banner of KBC-the grand money winning quiz show. He lost 1 lakh rupees in the process of getting 25 lakhs. PLEASE DO NOT FALL PREY TO SUCH FAKE CALLS AS IT HAS CLEARLY BEEN MENTIONED A NUMBER OF TIMES AND BEEN ALERTED BY THE CYBER CELL.

Sandeep informed Pratapnagar police that he received a call by someone named Rana Pratap who posed to be a manager at SBI. The caller said that Sandeep had won 25 lakh rupees in KBC show. To get the reward amount, Sandeep was asked to deposit 13,000 rupees. Once this amount was deposited, he was asked to deposit another 1 lakh 3 thousand rupees as charges towards police verification, bank charges, delivery charges etc. which he did. Then Sandeep realised that he was being duped and he stopped depositing the asked amount. He then received a call again from the impostor who asked him to deposit 10,000 rupees as cancellation request charge. This time Sandeep informed police and told them that the caller even sent him videos and images of the cheque bearing the reward money. 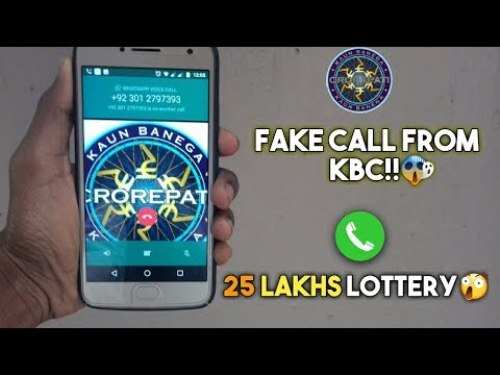 Another fraud occurred with Akhilesh of Hiranmagri area. He said that he did not give his bank details or OTP to anyone but more than 33,000 rupees were deducted from his account. He is still in possession of his ATM card.

Police is trying to find the details of both the transactions. It is once again being appealed that public should not get carried away by greed. In case of any calls stating any reward won, they should immediately inform police/cyber cell.