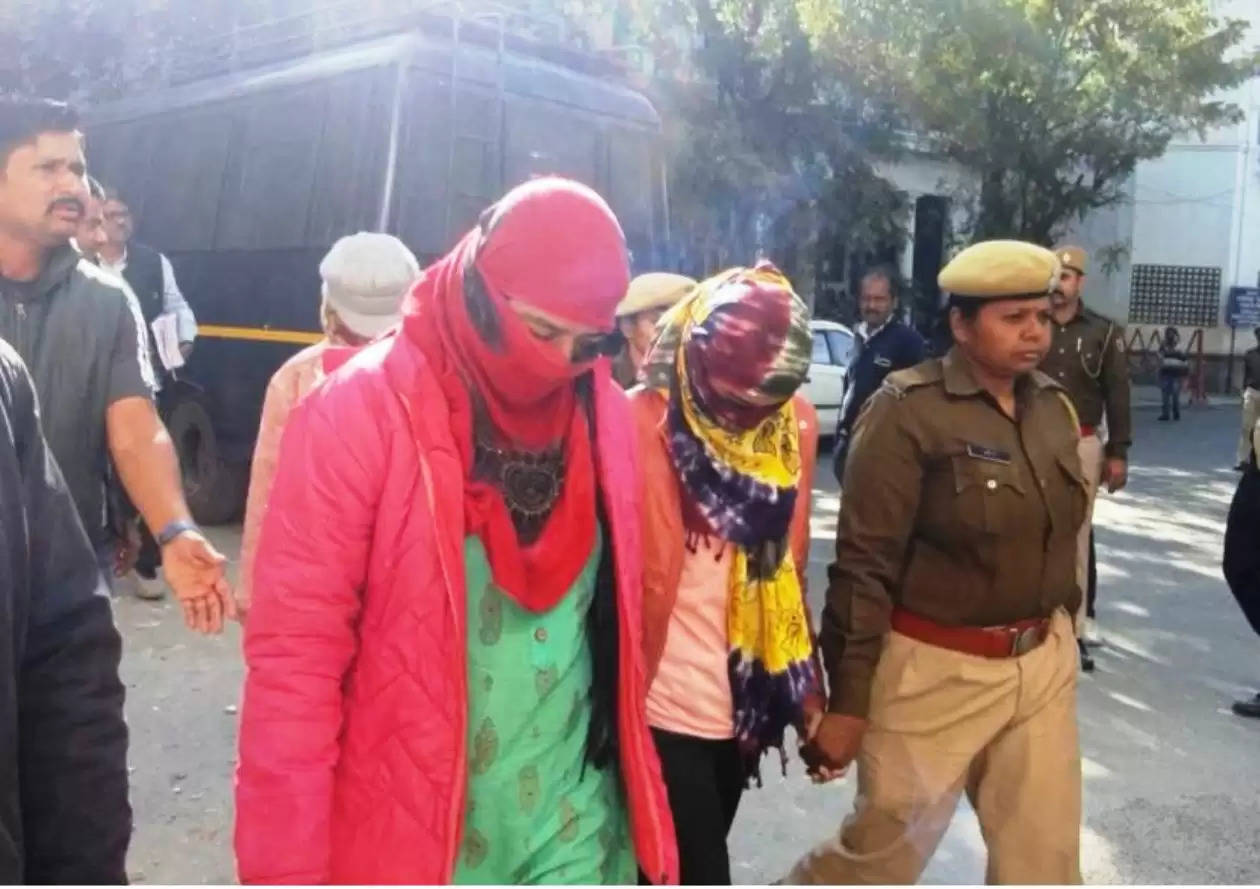 Udaipur- Six of the females candidates that were under police custody since they were arrested by police on 24th December in connection with the second grade paper recruitment paper leak case sent to jail on Friday evening.

Sp Udaipur Vikas Sharma told that that the female candidates that were nabbed by the police from Bekariya area on last Saturday along with 55 other accused were under police custody remand.They were produced infornt of the court Thursday after which their custody was extended further for 2 days.

All the six accused female candidates hails from Jalore. They are those 6 females that were arrested by the police from a bus in which they were found solving the question paper of the general knowledge of the Second Grade Teacher Recruitment Examination held at Udaipur.

Since than as many as 57 people has been arrested by the police in this connection so far along with the mastermind Suresh Vishnoi.

While two other masterminds of the paper leak racket Suresh Dhaka and Bhupendra Saran are still on run. However a joint team of Udaipur-Jaipur police has also arrested the wife and the girl friend of the key accused Bhupendra Saran from their residents at Jaipur and have also seized tens of fake degrees of various universities of the country.

In the development the Jaipur have also nabbed one of the close associate of Bhupendra Hanuman Vishnoi. Police have also arrested the father and driver of one of the accused Saroj Khokar on Thursday for contacting the masterminds to arrange for getting Saroj clear the examination in exchange of money.

The dou is still under interrrogation. Sp Vikas Sharma also said that the investigation of the matter is still on and the police is likely to arrest the relatives of other accused also in future.