Gaurvi Singhvi, a class Xth student, aged 16 years, and one of India's youngest and finest open sea swimmers established a National record of becoming the youngest Indian to cross the English Channel.  This was a "Dream Come True" moment for young Gaurvi 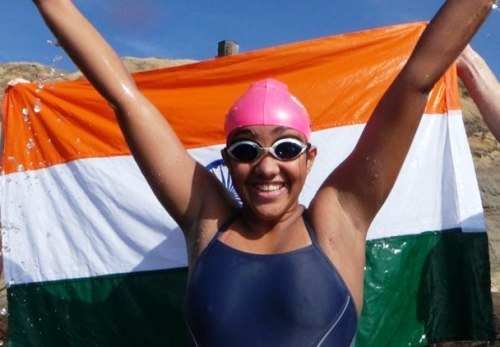 Gaurvi Singhvi, a class Xth student, aged 16 years, and one of India’s youngest and finest open sea swimmers established a National record of becoming the youngest Indian to cross the English Channel.  This was a “Dream Come True” moment for young Gaurvi.

“The Ditch is a place where tide current is strongest and there usually people get stuck and cannot move ahead. I was lucky to have crossed the ditch in sufficient time,”

Gaurvi’ s tryst with swimming began at an early age and after competing at the district, state and national levels, she took to open sea swimming at a young age of 14. In 2016, Gaurvi took two back to back Golds at the State Level and followed it up with a stellar performance in the pool events at the National level.

“I started swimming since I was very young and I have represented Rajasthan in various state and national level tournaments. However, I started my journey of open water swimming by taking part in a 1 km event at Udaipur and won that”

Her tryst with open sea swimming happened in 2017 when she swam a stretch of 36 km in 6.5 hours across the Mumbai coastline and then from Juhu to Gateway of India in Mumbai, a distance of 48 km in 9 hours and 23 minutes, creating a National record.  This triggered her next milestone – The English Channel.

“More people have climbed Mount Everest than swum the English Channel. Open water swimming is not common in India due to the high-risk factor and the lack of exposure to adventure sports. For there to be more open water swimmers, we need proper facilities in every small town. But it also depends on the will of swimmers. I urge every one of them to try open water swimming once” 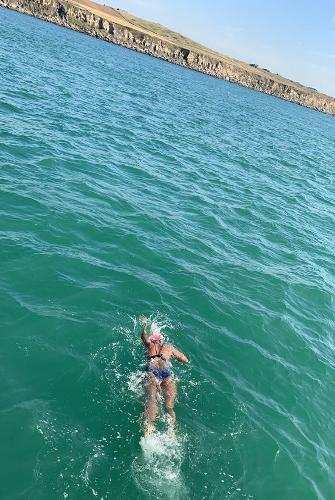 CLICK HERE to read UDAIPUR TIMES on your Android device 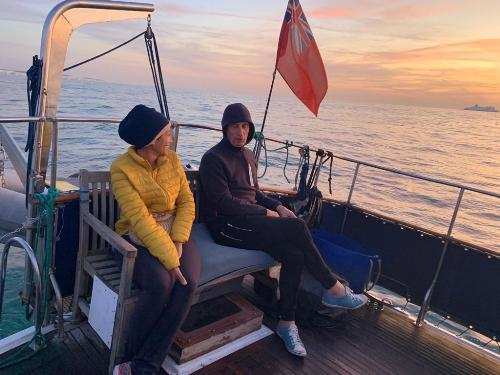 “It is my honour as an Indian to cross the English channel. The failure rate has been around 40 per cent, for example 4 out of 10 people fail to cross it and hence to successfully swim it gives me a proud feeling” – Gaurvi Singhvi

Her successful attempt at the English Channel last month was a result of her determined efforts at the Khel Gaon swimming pool, where she used to practice for 14 hours at a stretch over many months.  She left with her family for England on 7 July and practiced swimming in the chilly waters of the region to acclimatize her body to the temperature.

Gaurvi has also been awarded the Fellow Achiever award at the “Breaking the Barriers” event in Jaipur in 2018.  Her medals tally in India include 43 golds, 19 Silver and 5 Bronze.  She was also nominated as the District Youth Icon by the Election Commission of India..