"Wricks", the branded Bricks from Angirus are light weight dmp-proof bricks that reduce Brick cost by up to 20%. 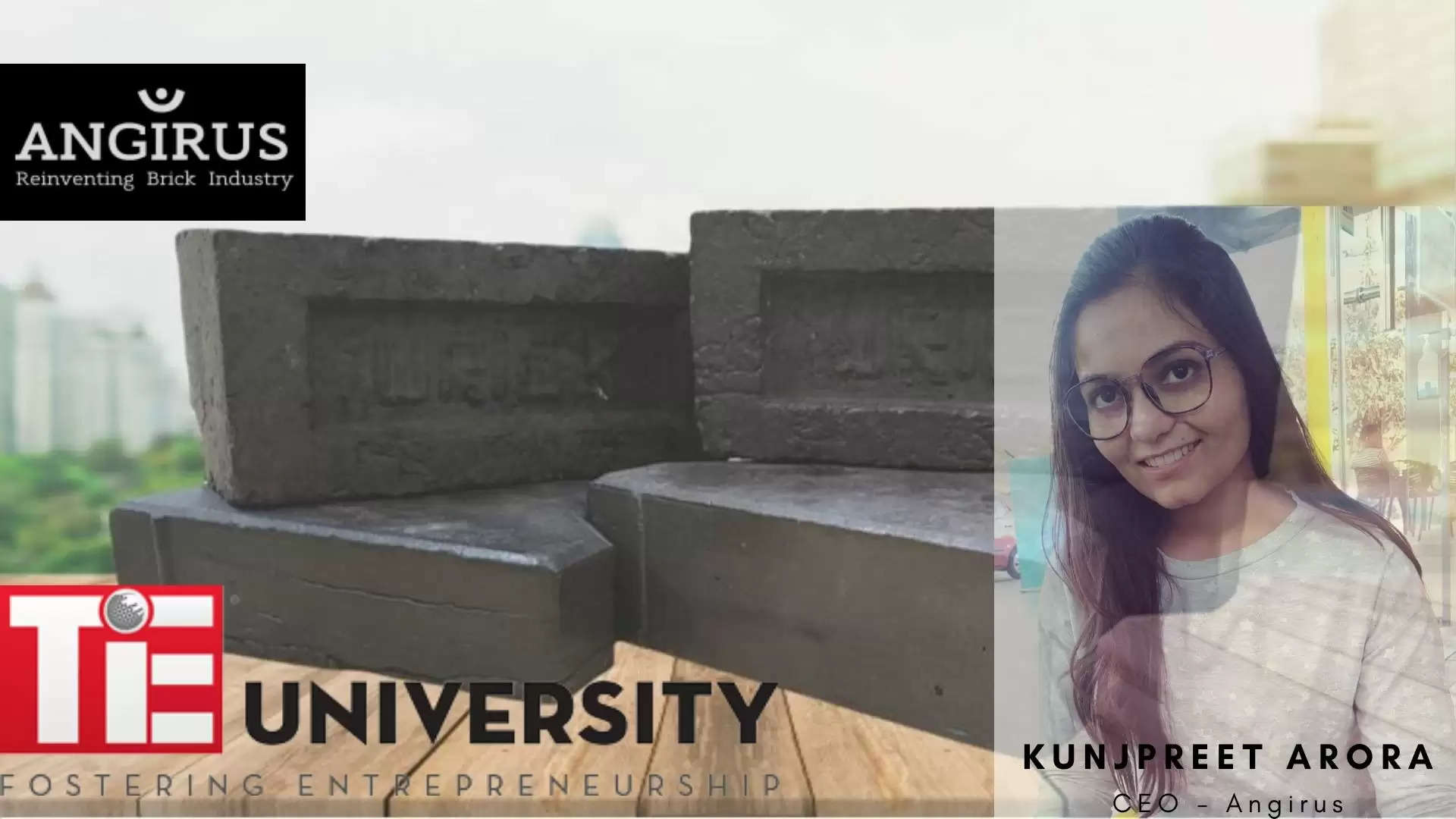 Angirus won a cash prize of USD 10,000 sponsored by PNC Bank and was also named a co-winner of the Best Sustainability StartUp.

The second prize winner was TiE Udaipur’s ANGIRUS, from Rajasthan Technical University, India. Led by CEO, Kunjpreet Arora,  Angirus is an innovative circular economy startup that makes lightweight and damp-proof bricks called Wricks, reducing the brick work cost by up to 20%. The team won a cash prize of $10,000 sponsored by PNC Bank, and was also named a co-winner of the Best Sustainability Startup prize.

TiE Udaipur, one among 61 worldwide chapters of TiE completed its local pitch competition to select the college team to represent Udaipur Chapter at the global finals of the TiE University Global Pitch Competition.

First prize went to TiE Boston’s BioSens8 from Boston University and Third place honors went to TiE New York’s NEMU from the Wharton School at the University of Pennsylvania.

"The pitch competition is a platform for entrepreneurs like me to give back to the ecosystem and to help foster entrepreneurship among college students.  The TiE University program offers valuable support to the next generation of entrepreneurs to launch and scale their startups." - Rishabh Verdia, President, TiE Udaipur.

According to the chapter champion Sandeep Singhvi and Rahul Jinger, ED, TiE Udaipur “The pitch competition received applications from 35 teams from CTAE, GITS, IIMU, MLSU and RTU KOTA colleges in and around the Udaipur region. These teams were coached by a diverse group of mentors from the chapter. These mentoring sessions covered many enablers from pitching, presentation design, defining value proposition, financial models and many other aspects of entrepreneurship.”

“This year, TiE University was hugely successful in extending a stronger college ecosystem to include TiE’s differentiators of mentoring by real-world entrepreneurs and impactful workshops and bootcamps that are important to our startups” said Dr. Paul Lopez, Founder and Co-Chair of the TiE University Program. He added, “Thanks to the teamwork of co-chairs Ravi Puli, Subbu Pericherla, and Viiveck Verma, as well as the generosity of sponsors, this year’s total cash prizes exceeded $102,000, plus in-kind awards of over $1.65 million to empower college entrepreneurs.”

About the TIE University Program

TiE University, an initiative of TIE Global, aims to foster entrepreneurship among college students. University startup teams gain access to learning resources, mentorship by successful entrepreneurs and opportunities to participate in Hackathons, Startup Bootcamps, and Pitch Competitions. These interactions and experiences help startups take their business from a campus idea into a viable business.

The mission of TiE is to foster entrepreneurship globally. There are 61 chapters in 14 countries assisting startups, through mentoring, networking and education. Since its founding in 1992, TIE has assisted thousands of entrepreneurs and startups at various stages of their journey. Charter members of TiE give back in terms of their time, experience and mentorship to new members, and the virtuous cycle continues.