Residents of Udaipur had initiated this request to Udaipur MP Arjun Lal Meena, who forwarded the proposal to the Chief Minister Ashok Gehlot 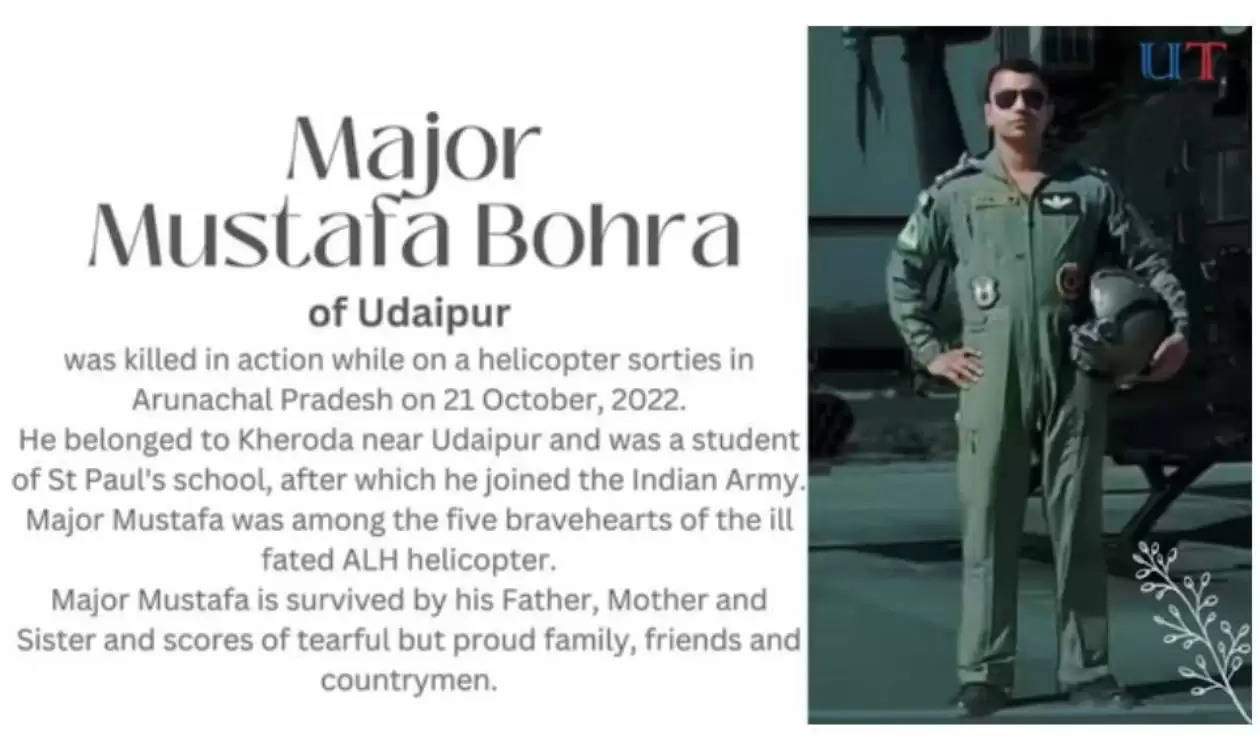 The Directorate of Local Government Department of the Government of Rajasthan has instructed the Divisional Commissioner of Udaipur to undertake proceedings to rename a prominent intersection (roundabout/chauraha) or a major road of Udaipur in honour of Major Mustafa Zakiuddin Bohra of Udaipur, who was killed in the line of duty while accomplishing a helicopter sorties in the highlands of Arunachal Pradesh on 21 October 2022. 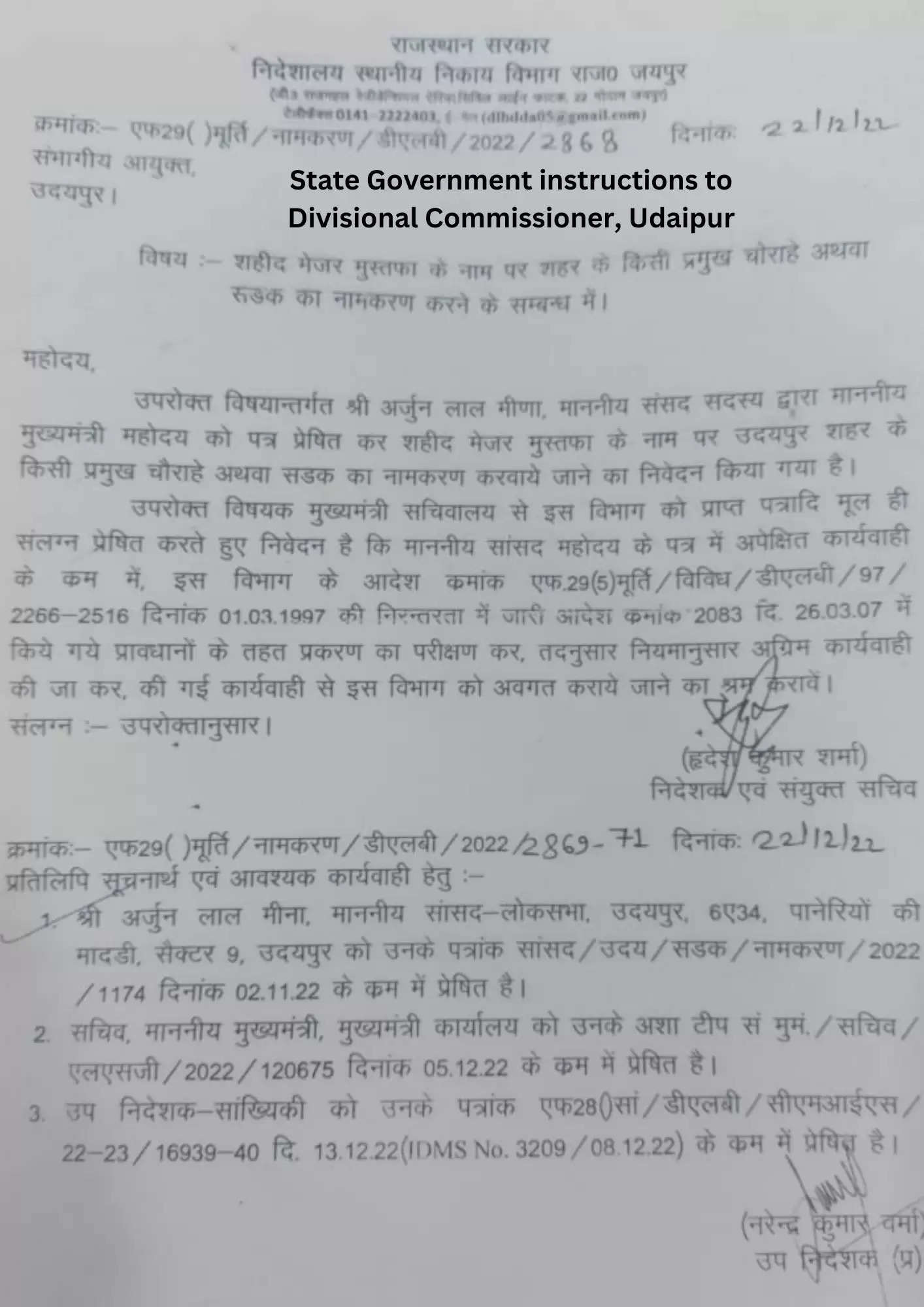 In adherence to this order from the CM's secretariat, the Local Government Department issued an order dated 22 December 2022 to the Divisional Commissioner to examine the case under the provisions and inform the department about the actions being taken in this regard. 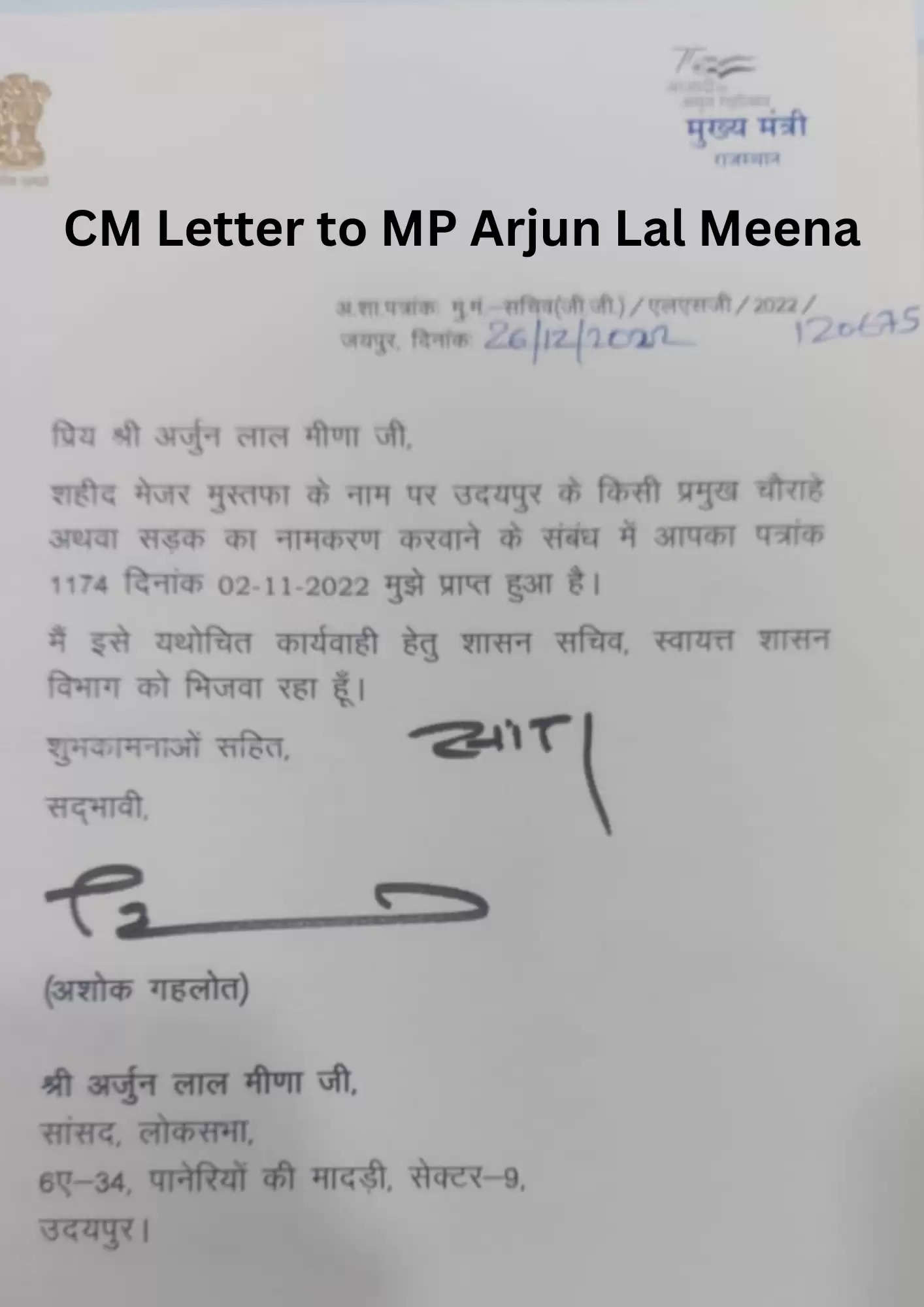 We would like to mention here that after the martyrdom of Major Mustafa, the demand of naming any major roundabout/intersection or road of the city after him was raised by Dawoodi Bohra Jamaat and public representatives. While Vallabhnagar MLA Preeti Shaktawat had announced to change the name of the Kanod government school after martyr Major Mustafa.