Haj Pilgrim Shihab Chittur reaches Rajasthan on his 8,640 km walk to Mecca to perform Haj in 2023

Haj Pilgrim Shihab Chittur reaches Rajasthan on his 8,640 km walk to Mecca to perform Haj in 2023 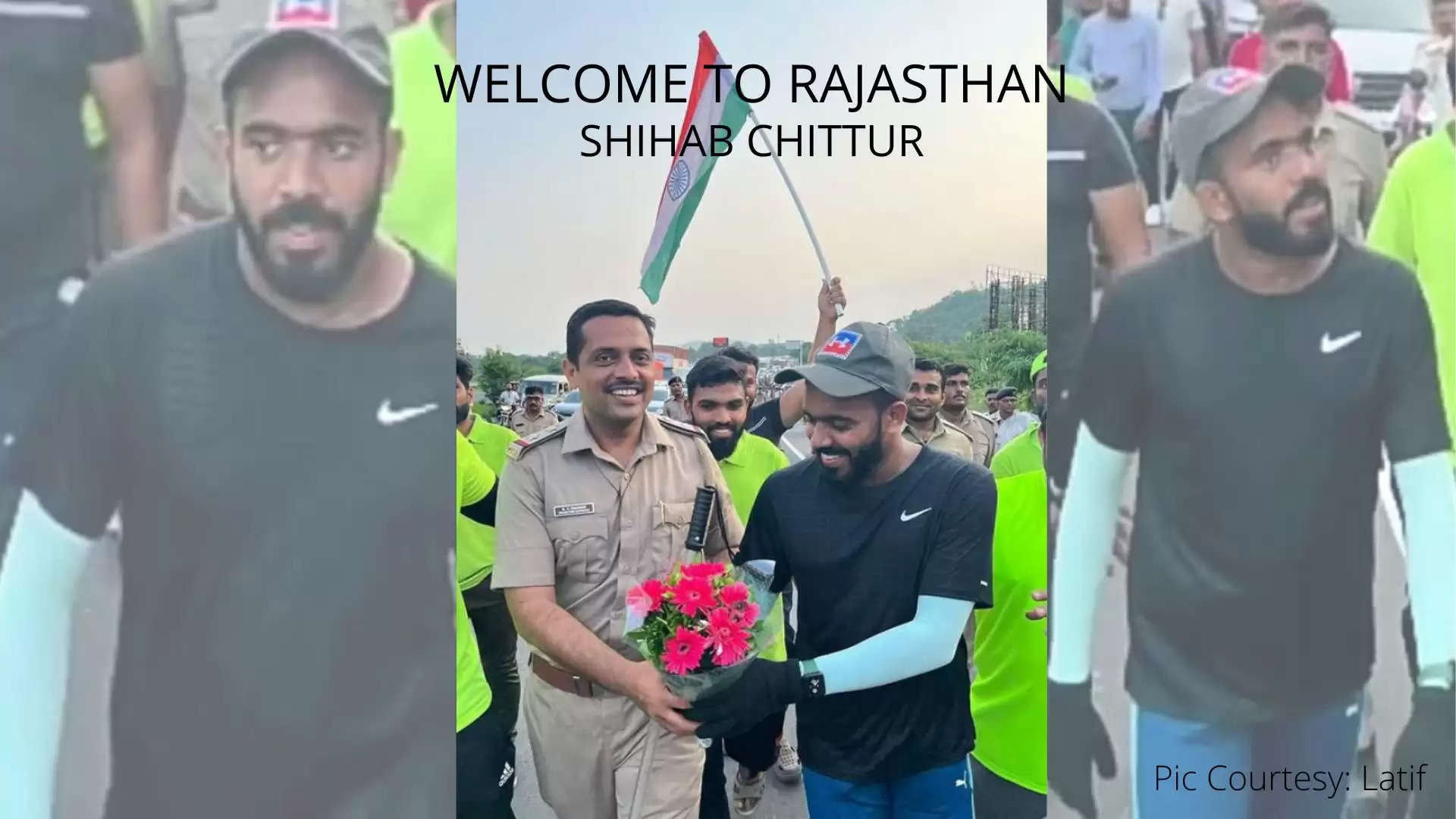 Shihaab, who hails from Chottur near Valanchary in Mannapuram, Kerala, left his home in June this year after offering his morning prayers. He will attempt to complete his journey to Mecca by around the same time next year and perform his Haj. Shihaab is attempting this 8,640 km journey, which is his dream since childhood.

Shihaab reached the Gujarat - Rajasthan border today morning and posted "We Miss Gujarat People" on his social media account. All through his walkathon, he was greeted by onlookers and those waiting for his arrival. Shihaab will cross Rajasthan and proceed to Pakistan, Iran, Iraq and Kuwait on his journey to Mecca in Saudi Arabia. He walks 25 km each day. To fulfil this dream of his, he has taken the requisite permissions from the diplomatic enclaves in New Delhi and procured the border crossing permissions and Visa from all the countries that he will be traversing during this journey. It took him 6 months of hard work and persuasion to get these permissions.

Shihaab will be walking for 8 months and reach his destination Mecca during the Haj period in 2023. As per reports, he is carrying his basic necessities with him, and will eat and sleep in masjids that he comes across during his journey.