&lsquo;We All Have Zinc in Our Lives &ndash; Galvanizing India&rsquo;s Economy &amp; Health&rsquo;&nbsp;&ndash; a book authored by Pavan Kaushik

An adult human body contains about 2-3 grams of Zinc, much needed for the body’s enzymes and immune system to function properly. Buildings near coastal areas are prone to cracks, even-if a pin-hole humidity reaches the rebars. Once rusted, rebars expands seven times, leading to cracks in the buildings. 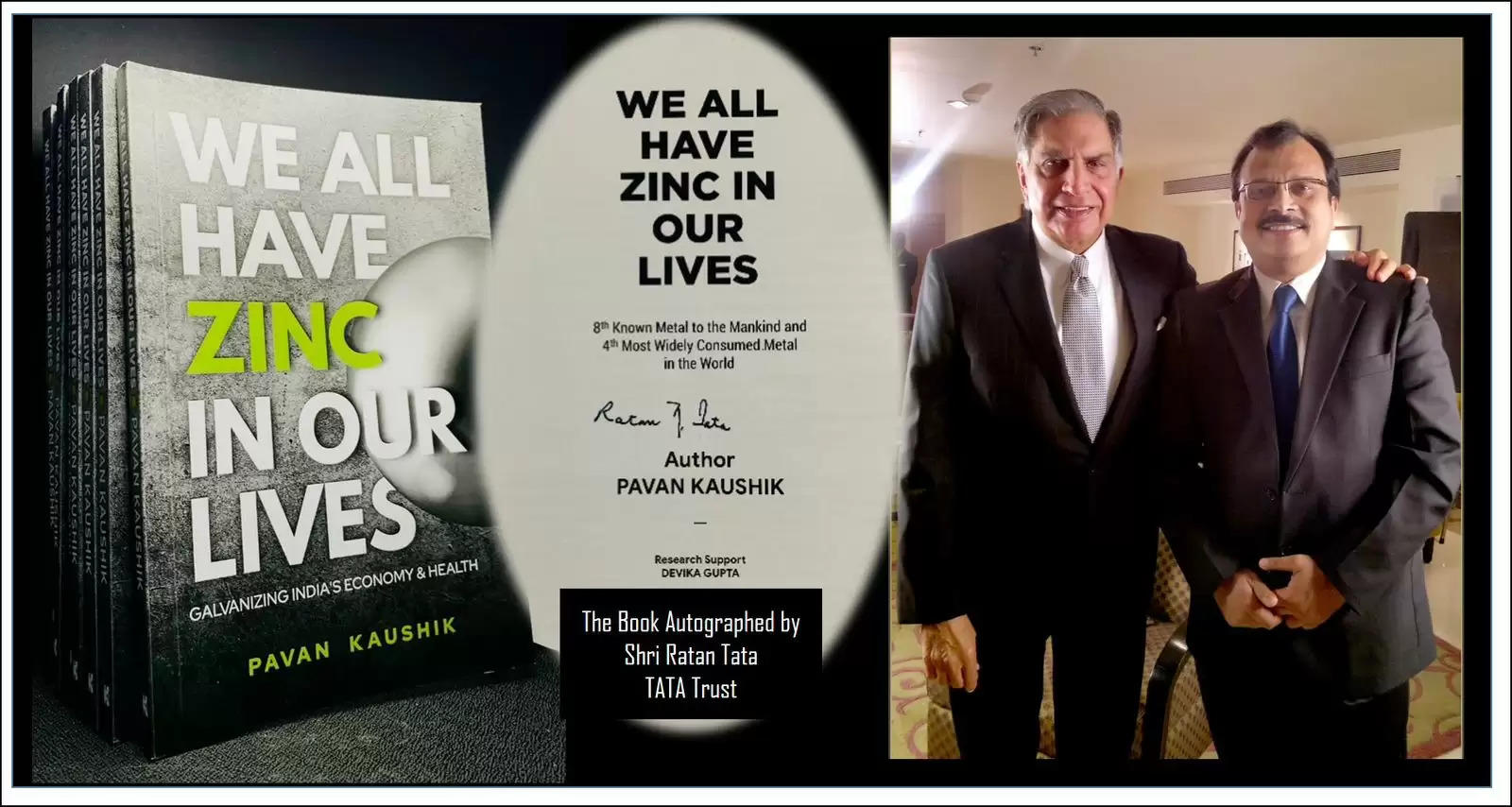 The book ‘We All Have Zinc in Our Lives – Galvanizing India’s Economy & Health’, is a comprehensive book on the benefits of Zinc. The book has been authored by Pavan Kaushik, a former Vice President and Head of Corporate Communication at Hindustan Zinc (a Vedanta Group company). Pavan has been a regular writer in media and storyteller, who has to his credit a number of stories and articles on Zinc, Lead, Silver, Iron Ore, Copper, Aluminium and other natural resources. He is a veteran in his field with over 30 years of experience in communication, and has been a media consultant for International Zinc Association (IZA), Durham, USA and is an independent consultant to Gerson Lehrman Group (GLG) New York, USA.

"The entire inspiration to write this book on Zinc has come while working in Hindustan Zinc and by promoting the benefits of Zinc for good health and sustainable infrastructure", says Pavan Kaushik. He has worked for more than 12 years in Hindustan Zinc, the only integrated Zinc producer in India, with mines and smelters located in Rajasthan.

Speaking on the book Pavan says, “We need Zinc for good health and also for a healthy & sustainable economy. It is a research based book which would give readers an insight about how the 8th known metal to the mankind and 4th widely consumed metal in the world, is extensively consumed. It was an honour to present this book to H/E Hon’ble Governor of Rajasthan, Shri Kalraj Mishra Ji in Rajbhavan, Rajasthan. While presenting the book, I also got the opportunity to explain him about the usages of Zinc and also the title – ‘We All Have Zinc in Our Lives – Galvanizing India’s Economy & Health’.” As per the book, an adult human body contains about 2-3 grams of Zinc, much needed for the body’s enzymes and immune system to function properly. Every cell requires Zinc to multiply. In general, people are not aware that Zinc helps in preventing diarrhoea, vision problems, hair fall, memory loss, tooth decay, heart diseases, ulcers etc. and is widely used in cosmetics and multivitamins. Zinc has proved to be effective in preventing osteoporosis and DNA damages as well.

Through galvanization, Zinc protects steel from rusting, and that strengthens the life of infrastructure. “Not many know that buildings near coastal areas are prone to cracks, even-if a pinhole humidity reaches the rebars. Once rusted, rebars expands seven times, leading to cracks in the buildings. Many prominent monuments and temples including Lotus Temple in Delhi, the Statue of Liberty in the US, the Brooklyn Bridge in New York, and the Burj Khalifa in UAE, all are protected through usage of Zinc galvanized steel. Even the Kedarnath pilgrimage temple bridge and the Statue of Unity, stand firmly due to usage of the galvanized steel. The book - We All Have Zinc in Our Lives, has some very prominent examples where Zinc has its presence and has proved its immense benefits”, adds Pavan.

India had been producing Zinc at a large scale since the 12th century onwards. The mines in Rajasthan have given an evidence of Zinc production since 6th century BC. Zinc was distinctly recognized as a metal under the designation of ‘Yasada’ or ‘Jasada’ (Yashad) in the medical dictionary written in the year 1374. The Zawar mines of Rajasthan are one of the oldest evidence of Zinc mines that dates back to the 9th century. These mines have been active since the Mauryan period.The smelting of metallic Zinc appears to have begun around the 12th century in India.

The Charaka Samhita, which was written between 300 AD and 500 AD, mentions a metal which, when oxidized, produces ‘Pushpanjan’, which was thought to be Zinc Oxide. Germans called Zinc metal as ‘Caunterfeitum’ or ‘Mock-Silver’ because of its silvery white luster and the ‘rishis’ of Vedic era recommend ‘Jasada Bhasma’ a Zinc based preparation, as the treatment of choice for diabetes.

The importance of Zinc has been known to India since ancient times and the modern medicine also recognizes the curative properties of Zinc. Long before being identified as an element, Zinc was used for making brass and medicines.

Today, Zinc is the 4th most widely consumed metal in the world after iron, aluminium, and copper. According to ILZSG, 50% of the Zinc mined across the world is used for galvanizing, 17% for Zinc alloying, 17% for brass and bronze making, 6% for Zinc semi-manufacturers, 6 % in chemicals, and 4% for other miscellaneous purposes