Hitching a ride with NASA's Space Telescope is never easy and only the few fortunate get to fly at levels above routine commercial aircraft. SOFIA project at NASA began in 201 and til January this year, about 90 educators and researchers h 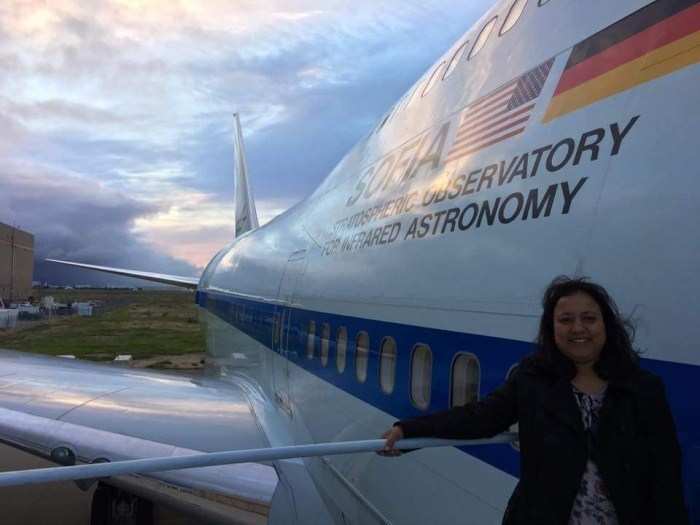 Hitching a ride with NASA’s Space Telescope is never easy and only the few fortunate get to fly at levels above routine commercial aircraft. SOFIA project at NASA began in 201 and til January this year, about 90 educators and researchers have ridden along.  Udaipur’s Naseem Rangwala was the latest entrant to have got an opportunity to fly with SOFIA.

SOFIA is NASA’s Stratospheric Observatory for Infrared Astronomy.  A 2 1/2-meter diameter infrared telescope is mounted in the rear of a converted 747 SP widebody, which previously saw service as a Pan American and United Airlines airliner.

The telescope is used to study star and planet formation, black holes, planets and other bodies in our own solar system, and more.

SOFIA, which flies out of the space agency’s Armstrong Flight Research Center in Palmdale, flies about 1,000 hours a year.

SOFIA, from the beginning was taken as an opportunity by NASA to showcase what it does.  Nichelle Nichols, the actress best-known for playing Lt. Uhura on the original “Star Trek,” flew aboard SOFIA in 2015. And via NASA’s Airborne Astronomy Ambassadors program, about 90 educators have gotten a chance to fly along with scientists and NASA personnel. 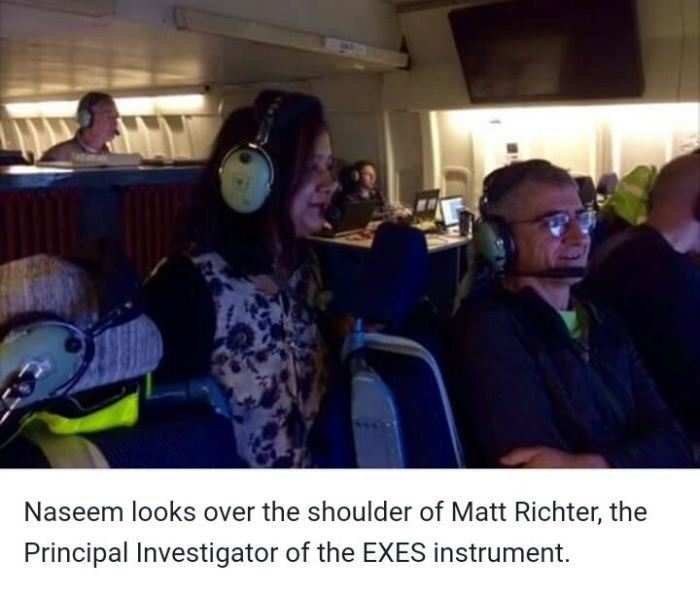 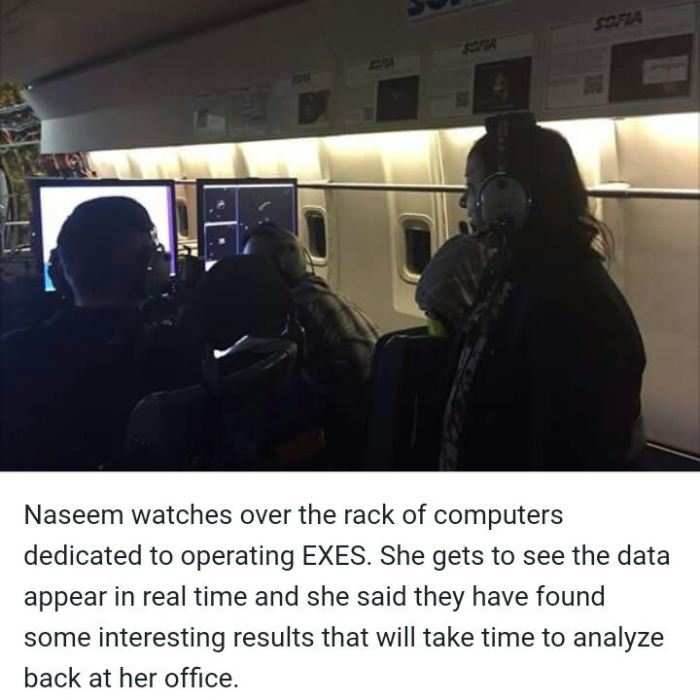 Naseem from Udaipur, got to be a part of the NASA Airborne Astronomy Ambassadors Program and hopped on to the flight earlier this month as SOFIA took off from NASA’s Armstrong Flight Research Center in Palmdale.  For educators, it is a once in a lifetime opportunity to fly with scientists.

It is a 5,000 mile, 10-hour flight that travels from across California, Texas and British Columbia and back, above commercial airliner heights and the water vapor, which blocks much of infrared radiation from space. This altitude allows the telescope to clearly see Mars, a pair of asteroids and a distant galaxy. 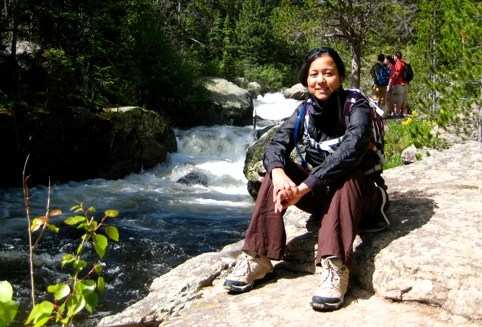 Naseem works as a Researcher with Space Science and Astrobiology Division at NASA Ames Research Center.  Prior to this, she was a Research Associate at Center for Astrophysics and Space Astronomy, University of Colorado.  Subsequent to completing her BSc in Physics from Wilson College, Mumbai, Naseem did her MSc in Particle Physics at the Durham University, UK in 2001 and subsequently did her PhD in Astrophysics from Rutgers University in 2009. 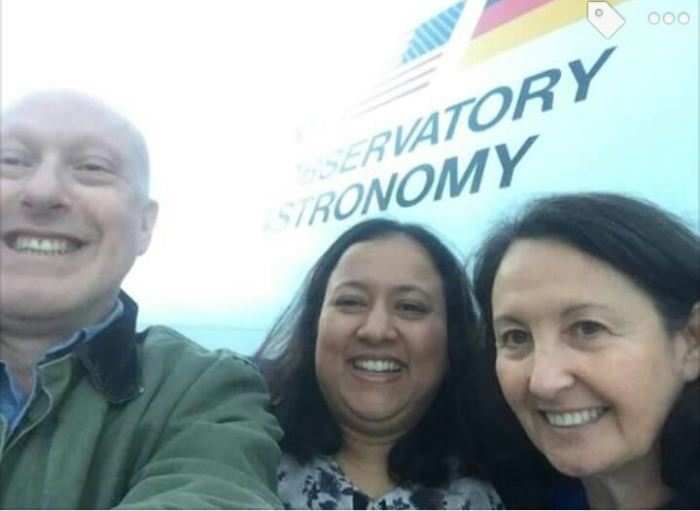