Labdhi Surana, the 8 year old skating prodigy from Udaipur has won the Silver for India at the Europa Cup skating competition in Germany

Labdhi Surana, the 8 year old skating prodigy from Udaipur has won the Silver for India at the Europa Cup skating competition in Germany. 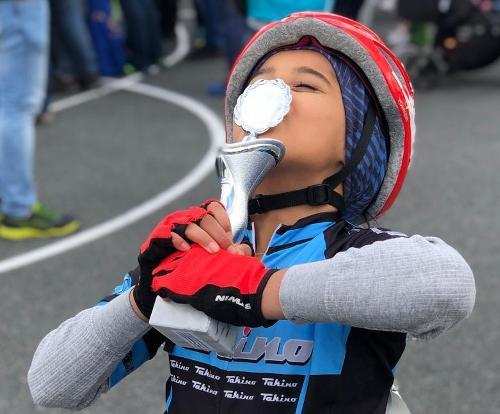 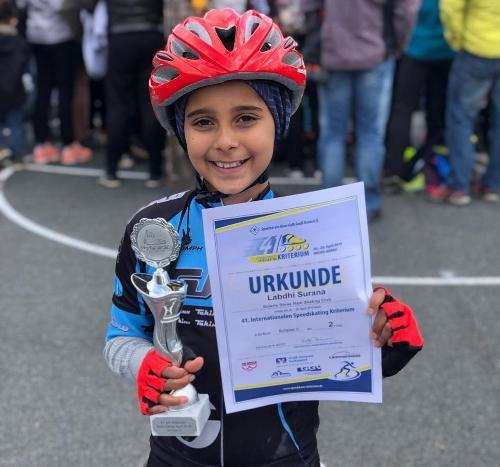 The finals of the event, which took place at Groß-Gerau (Germany), was held on 28 April saw Labdhi maintain her composure ending up with a Silver in the Under 9 category.  This was the 41st International Speedskating Kriterium of Groß-Gerau.

As informed by Kapil, Labdhi’s father, the 32 nations international tournament is considered to be a prestigious platform for young skaters and Labdhi had been training in Pune for the event. Sripad Shinde and Priti Ingle were her trainers for the competition. 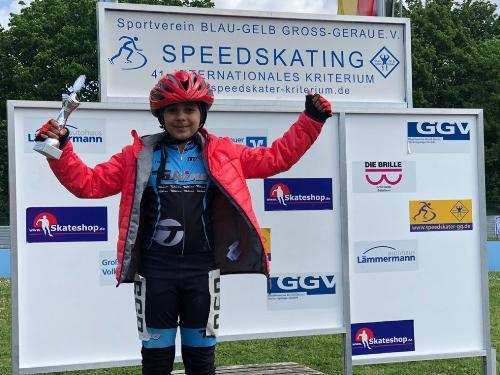 Elise Berge from Rolschaatsclub Tienen of Belgium took the first place, with an overall win in all three phases, i.e. Race 1 (1000m Mass Start); Race 2 (300m Mass Start) and Race 3 (1000m Mass Start). Labdhi took 2nd place in both Race 1 and Race 3, but managed a 3rd place in Race 2. With temperatures hovering around 3 degrees, a tough condition for Indians, Labdhi completed the 3rd 1000m Final race after starting at the 15th place…making up for lost ground during the race and securing second place. 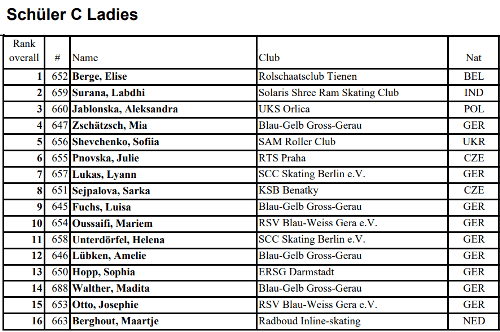 Labdhi was also a medal winner in the 2017 and 2018 versions of the championship and is also a recipient of the National Child Award for Exceptional Achievements in Sports, at the Children Day celebrations in 2017, by the President of India.