PM Narendra Modi flagged off the Ganga river cruise from Varanasi on 13 January, 2023 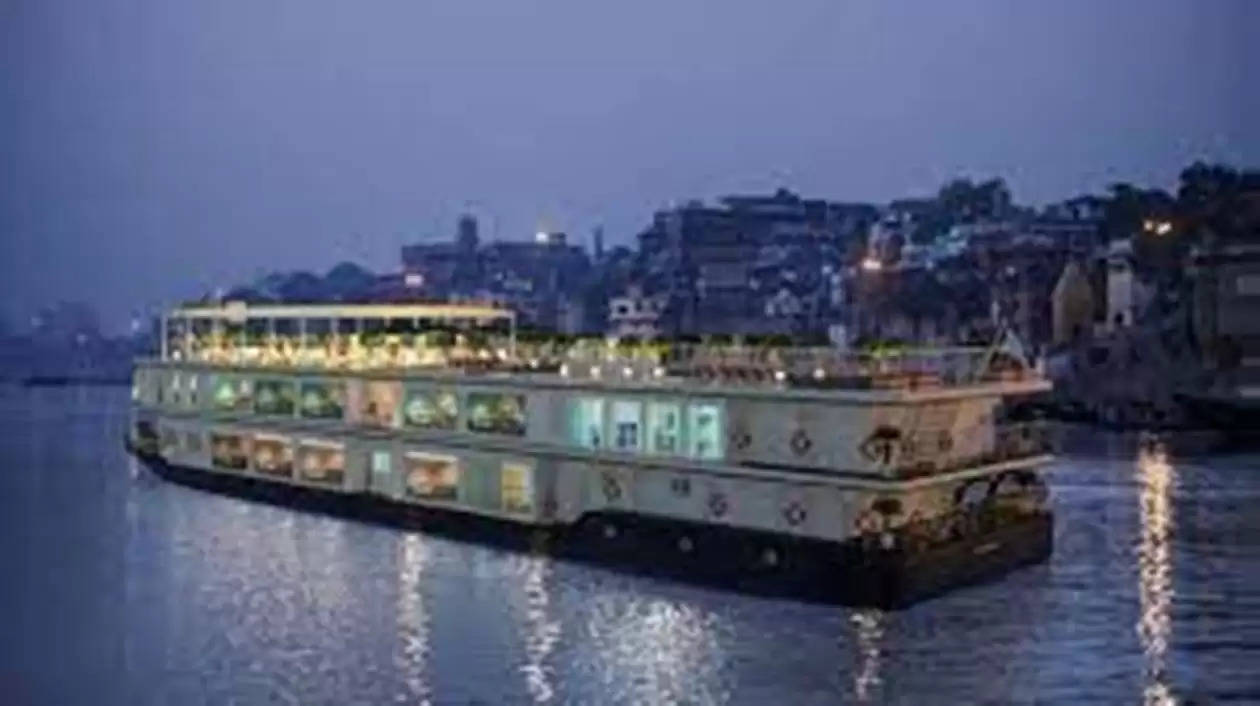 On January 13, 2023, Prime Minister Modi led to the start of the world's longest river cruise, which would travel from Varanasi in Uttar Pradesh to Dibrugarh in Assam via Bangladesh. According to the PM, the country is seeing an infrastructure level that was unimaginable a few years ago.

The 51-day, 3,200 mile cruise on MV Ganga Vilas was officially launched by the prime minister via video conference, who connected the project to a thorough action plan for expanding the country's major rivers and waterways.

In 2014, the nation's national waterways numbered just five. PM Modi now claimed that there are 111 national waterways, of which around 20 are now in use. Similar to this, since 30 lakh metric tonnes eight years ago, there has been a threefold growth in cargo transit by river waterways.

A luxury ship with three decks, 18 suites, and enough for 36 visitors is called the MV Ganga Vilas. The operators estimate the cost to be around Rs 25,000 per person per day for the first voyage, which includes 32 visitors from Switzerland on board for the duration of the trip.

Routes the Cruise will cover

50 tourist attractions will be visited during the cruise, including world heritage sites, national parks, river ghats, and important cities like Patna in Bihar, Sahibganj in Jharkhand, Kolkata in West Bengal, Dhaka in Bangladesh, and Guwahati in Assam.

To cover the renowned Ganga Anti in Varanasi, the Buddhist site of Sarnath, and Majuli, the longest river island in Assam, it will make pit stops.

The Bihar School of Yoga and Vikramshila University will also be visited by the tourists. The Sunderbans in the Bay of Bengal delta and Kaziranga National Park will also be travelled through Cruise.

Speaking about the security of visitors crossing the international border between India and Bangladesh, Union Minister for Tourism G Kishan Reddy stated that all amenities and security measures have been done for the travellers. The Indian government is promoting cruise travel in the nation in a number of ways.

Between Kolkata and Varanasi, eight river cruise ships operate in India, and cruise movements also occur on National Waterways 2 (Brahmaputra). Infrastructure improvements, rationalisation of port fees, elimination of departure fees, priority berthing for cruise ships, and the availability of e-visa services are just a few of the government's attempts to support the nation's cruise tourism business.

India wants to double the number of cruise passengers from the current 0.4 million to 4 million. In the upcoming years, it is anticipated that the economic potential of cruise tourism would increase from $110 million to $5.5 billion.