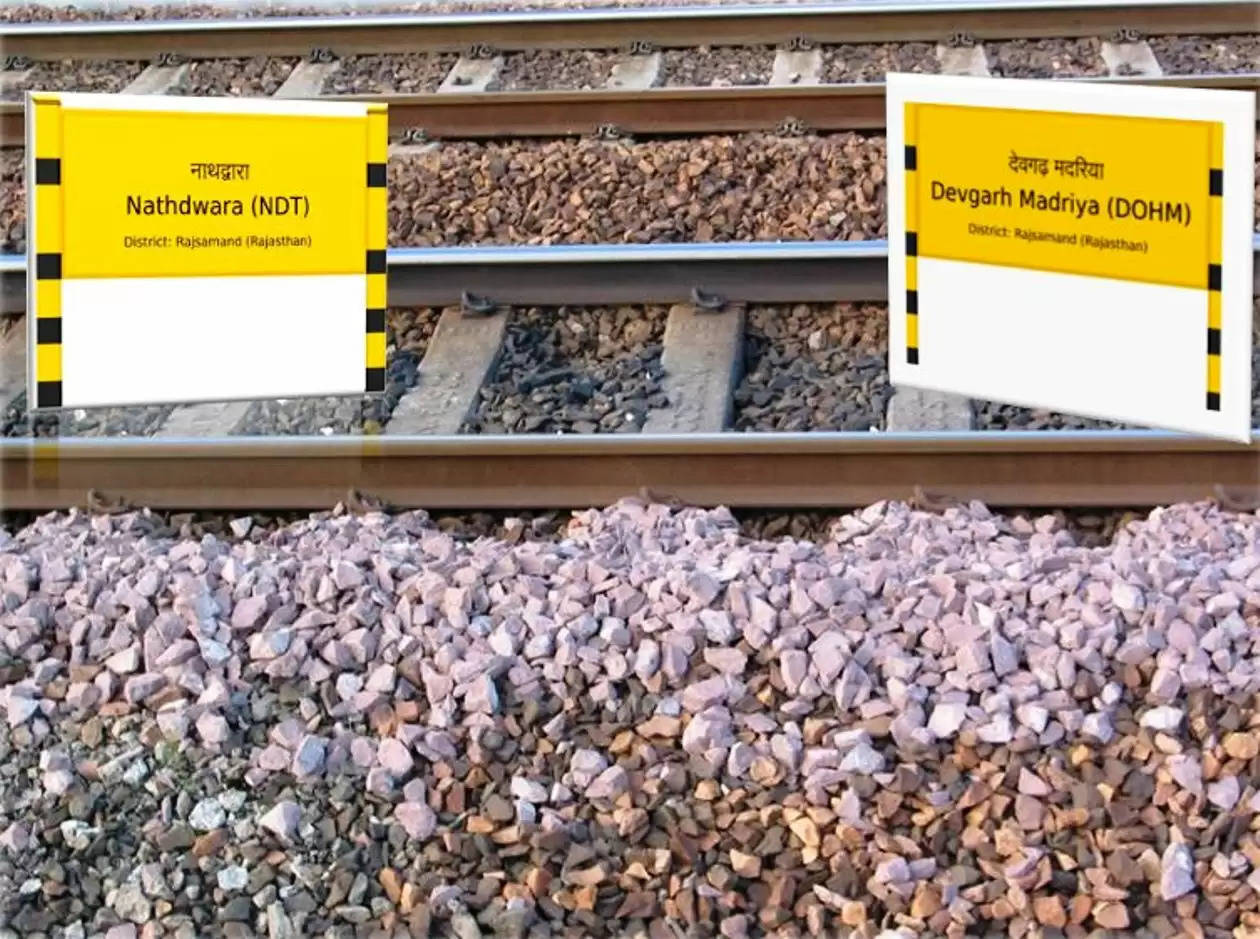 The Railway Board has granted 968.92 crores for the gauge conversion from Nathdwara (Mavli) to Devgarh Madriya .The conversion of the Mavli-Marwar gauge will be finished in two stages. The first phase of the project aims to connect Nathdwara to Deogarh, while the second phase will connect Deogarh to Bar. 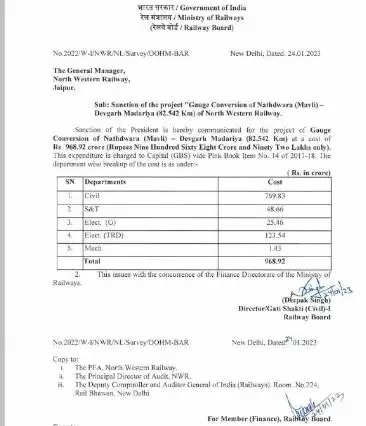 From every angle, the Mavli-Marwar train route is significant. Cities of historical, religious, and tourism value will be connected to Marwar from Udaipur, Chittorgarh and Madhya Pradesh. Various Forests Centuries of these cities will also be interconnected.

There was a huge demand for change of Mavli-Marwar gauge for Rajsamand. In the first phase, financial approval has been received from Nathdwara to Deogarh, as well as the DPR for Deogarh to Bar is also in the final stages.